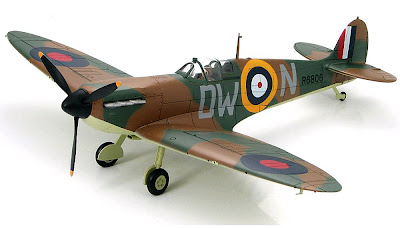 SMN REPORT:
Here’s the SMN Miniature Flypast, to mark Queen Elizabeth II’s Diamond Jubilee. A pity the weather for so much of the four-day celebration was so typically British (aka cool and wet), but it didn’t dampen spirits too much, even if the red-white-and-blue cake got rather soggy during yesterday’s SMN Crew street party.

Flight formation
But no matter, the cake tasted OK despite the damp. And here’s a bunch of weatherproof screen machines for you, headed by the classic World War II Spitfire in the header pic, here made by Hobby Master. And with wetness in mind, we've included some seaplanes in the display formation.

Pirate hunting pig
Here's something different - a 1:48 scale Savoia S21 seaplane racer, as featured in the Japanese anime adventure 'Porco Rosso' (Red Pig). Typically inventive, the backstory includes the Pig himself, a World War I Italian air ace turned into pig-like form, with derring-do duties that include being a sharp-shooting aerial pirate hunter. Not a bad plot line, huh! The kit is one of several in the genre, made by the excellent Fine Molds company. 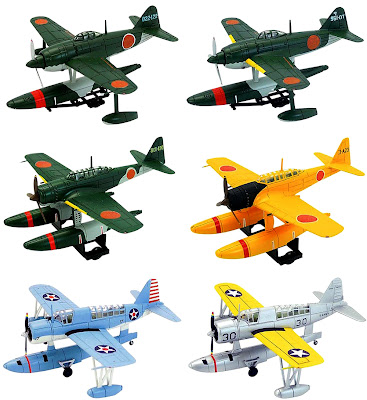 Small but perfectly formed 1:144 scale US and Japanese seaplanes from F-Toys. 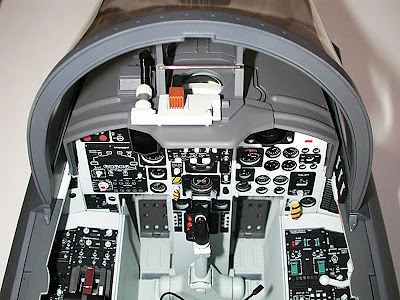 Fast jets are represented by this 1:6 scale cockpit, and a beautifully engineered wind-tunnel test rig for the Lockheed Martin F-35 Stealth machine. 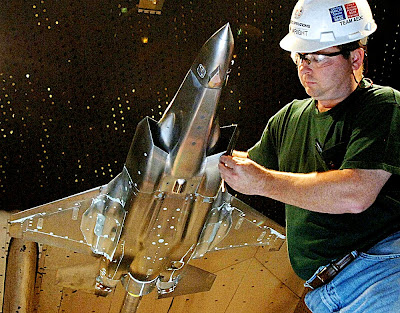 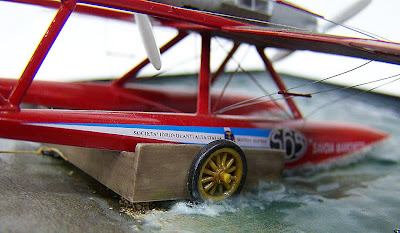 This 1:72 scale Savoia Marchetti SM65 racing seaplane was made from a Karaya kit. Detail is impressive - you can almost hear the waves lapping. 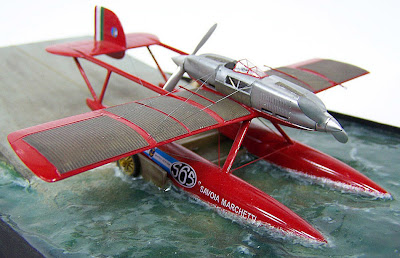 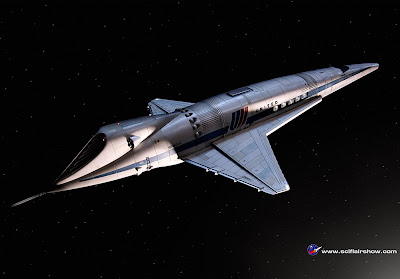 Swiss manufacturer Pilatus has just inked a deal with the Indian Air Force for 75 PC-7 two-seater trainers. There are dozens of other schemes already available for modelmakers - this 1:35 scale mahogany desktop plane comes in Royal Brunei Air Force markings. 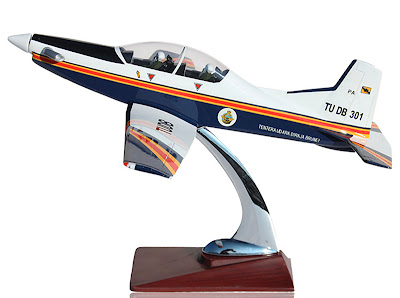 Another Pilatus, the long-nose Turbo Porter, here a 1:48 ready-built model in 'Yeti' markings, built for work high in the Himalaya Mountains. 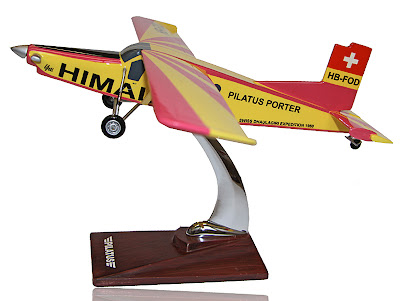 The Short SC5 was an early test-bed for VTOL aircraft, a progression that resulted in the famed Harrier combat machine. This very nicely-made 1:72 scale model was made from a resin kit. 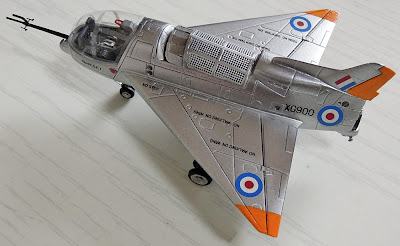 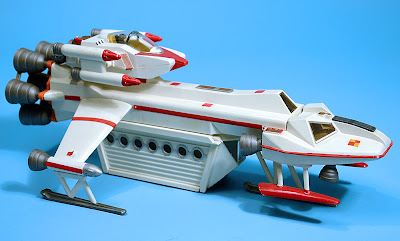 Gerry Anderson is famed for his 'Thunderbirds' TV puppet series. Less well-known is the Starcruiser, designed by Martin Bower, and intended as a follow-on series. The Snap-Fit kit was made by Airfix to 1:48 scale. The various modules of the spacecraft detach to perform separate functions, just as they did in the original scripts, which were written and illustrated by your very own Mr J. 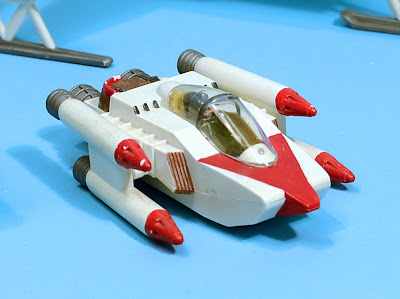 A long-range propliner from the 1950s, the Lockheed Super Constellation is shown here in super-detail 1:144 scale airport diorama form. Note the subtly applied engine exhaust marks, and the range of miniature figures. 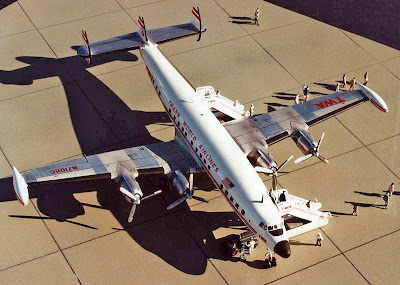 Aircraft kits by the score here.