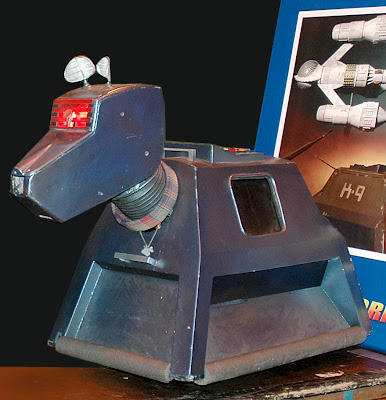 SMALLSPACE COUNTDOWN:
The smallspace “model show for all things space, science fiction and fantasy” will be held this Sunday, July 1, and among the sci-fi stars on display will be the original K-9 robot dog from Doctor Who. 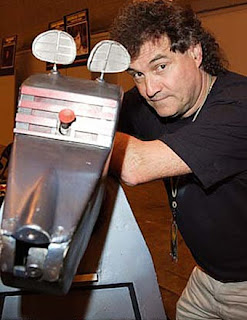 Old and new robots
The robotic dog stars at smallspace courtesy Mat Irvine (above), who has also co-written with Mike Tucker the seminal book BBC VFX. K-9 at smallspace is the original dog, but a newer one was created for an Australian TV series. Here are a couple of pix from the TV series, and note how advanced our canine mechanoid now looks. 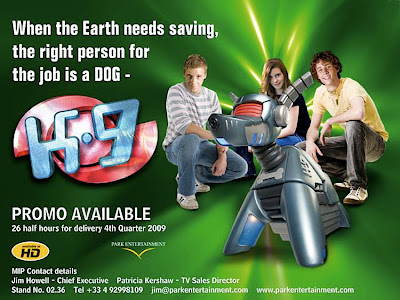 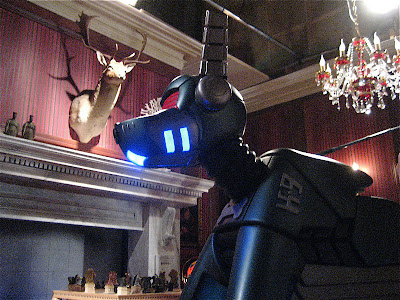 Detail-up model
There are plenty of K-9 collectibles around, but injection kits are hard to come by, that’s for sure, so for model-makers the best bet is to start with a ready-built, then use it as the basis for a superdetailed display model. Kit-bashing from the ground up is another possibility, and if you go this route, then something entirely new might be an interesting route to take. 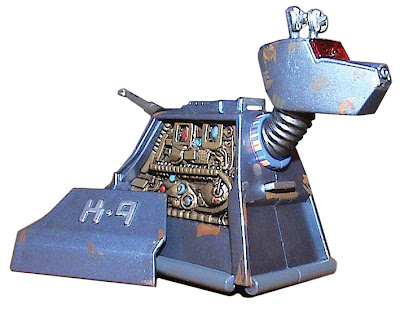 Deadly dog
The Sydney-based visual effects designer Nick Kaloterakis could provide inspiration, as his website features an excellent concept for a 21st century robodog, and very nasty it looks, too. It’s not just an autonomous mechanoid, but has been seriously weaponized, to become an attack dog, rather than the polite and cerebral K-9. 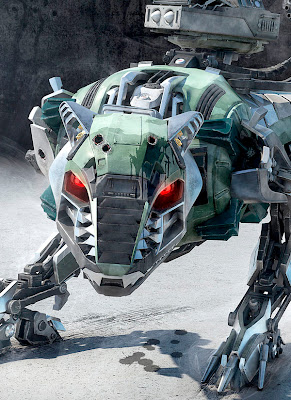 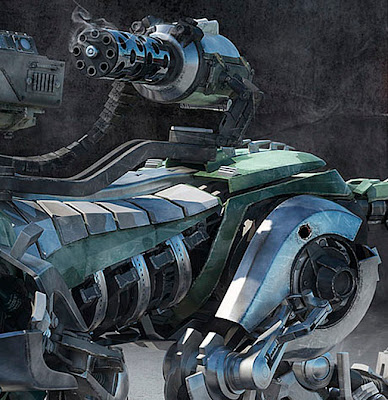 Movie worker
Nick Kaloterakis has worked on movie blockbusters such as Transformers, so his robodog slots neatly into that gritty and modish genre. Nick’s images here are intended as ideas-generators, rather than examples of anything you can go out and buy, more’s the pity - but we can hope, and meantime it’s a project for kit-bashers to think about. 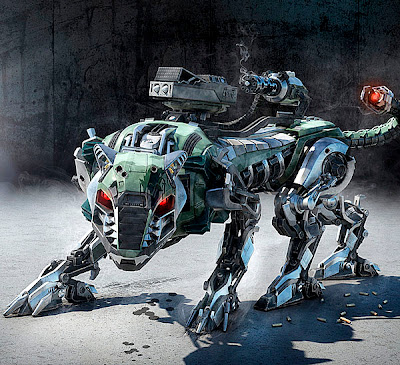 Look at a radio-control K-9 here.

Other Doctor Who collectibles here.

Check out the smallspace show here. 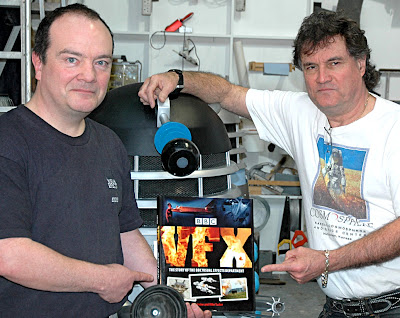 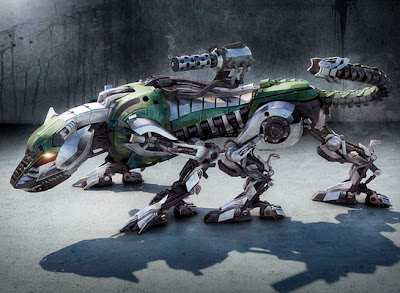