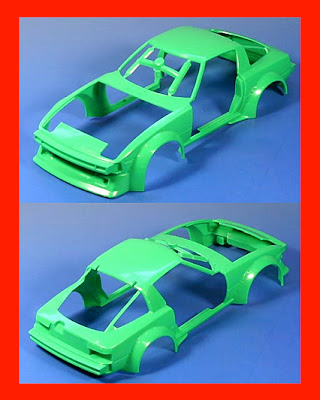 DAVID JEFFERIS REPORTS:
Hobby Link Japan has some tasty sale bargains in the ‘plasmo’ (plastic model) line for Japanese hardware enthusiasts. Here are just a few of the dozens of offers, many at less than half-price.

Unusual kits available
Hobby Link Japan has a terrific website, and the company exports all over the world, and as HLJ hails from Japan, it’s a real specialist in tasty and unusual local models. These sale items are titled in HLJ-speak: ‘plasmos’, which is a neat contraction that we may borrow! There are dozens of kits on offer, so here are just a few tasters to think about. 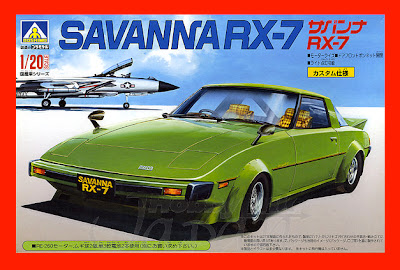 Early RX-7 can be motorized
For the home market, the rotary-engine Mazda RX-7 was titled the Savannah. The svelte machine is modelled here by Aoshima to 1:20 scale, and can be motorized, though the required RE-260 motor is not supplied - however, gears, leads and electric contacts components are in the box. Likewise, the car can be wired up for lighting, though bulbs are not supplied. It comes with a green body and black interior. And as HLJ says of the box art: “F-14 Tomcat also not included!” 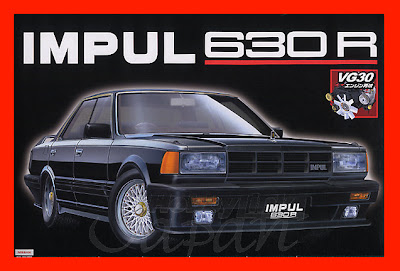 Impul - the Nissan Cedric racer
The Impul 630R was a successful tuned version of the boxy-look standard Nissan five-seater, a popular choice as a taxi in Japanese cities. The Aoshima model is to 1:24 scale, so will make a good buy for those who build in this standard model car scale. The Impul 630R has a detailed body supplied in black, with interior and chassis components in tan, grey, and black. Chrome wheels, black rubber tires, and decals are included, as is a reasonably detailed VG30 engine. You’ll have to display this item separately, or open up the body with a cutting tool, if you want to show it in situ. Actually, the engine would look extremely good if mounted on a workshop trolley, so that’s the best kit-bash bet. 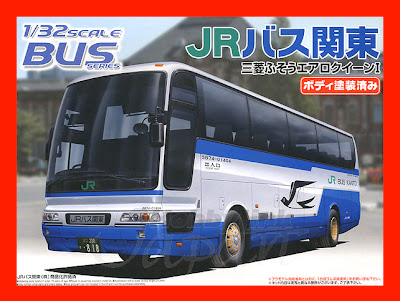 Big bus kit
Another Aoshima kit, but to a smaller 1:32 scale, this is still a good-size kit, and of an unusual subject, which would look excellent with big-scale aircraft or Scalextric slot racers - or, better still, next to the Airfix ‘Old Bill’ London bus from the early 20th Century. 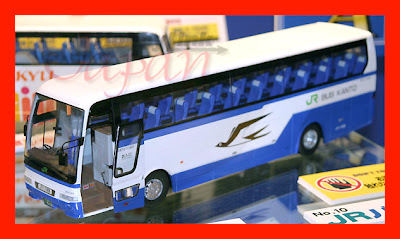 Loooong name
Its name is quite a mouthful though - in full, the title is: “Mitsubishi Fuso Aero Queen I JR Bus Kanto” (Phew!) and it assembles to make an impressive model, some 373 mm (14.6 in) from end to end. The kit features a pre-painted white and blue body, with steerable front wheels, opening doors, and a decent interior. 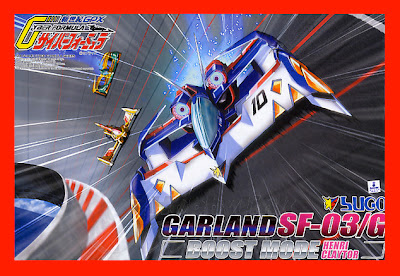 Science-fiction racing car
We’ve rather lost count of Japanese anime productions, though Cyber Formula is a fast-paced series, based around a group of race drivers and their futuristic computerized cars. This 1:24 scale kit is the Garland SF-03G, piloted by Henri Claytor, and has crisply-moulded components that look good straight from the box, as they are pre-coloured. However, as ever with coloured components, you really do need to paint those parts if you want a throughly realistic look, let alone a dirtied-up used appearance. For younger modelmakers or the time-poor though, it’s good to have the option - at the very least, you end up with a good-looking model. Two scale figures are also included.