IN MEMORIAM - THE PASSING OF A TRUE MODEL ENTHUSIAST 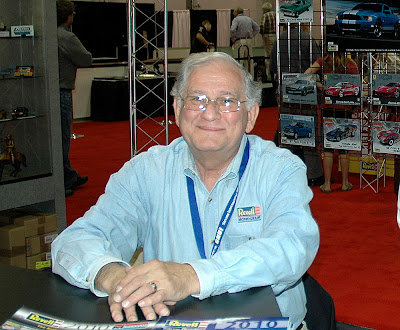 AN APPRECIATION BY MAT IRVINE:
If you have an interest in model cars, particularly Revell-Monogram 1950s-era American cars, you can likely thank Bill Lastovich, who sadly died on June 7, 2012, age 71.


Developing new car kits
Bill first worked for Revell-Monogram in Morton Grove, Illinois, where he contributed to product development in the early 1990s. He continued through two factory moves, and a change of owners, all the while working mainly on product development, researching for models, photographing full-size cars, and overseeing new tooling. He also made recommendations about what should be reissued in the Revell-Monogram Selected Subjects Program, planned reissues that allowed older kits to see the light of day again. 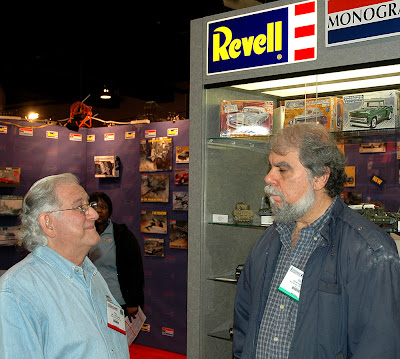 iHobby Expo visits
In recent years I saw Bill a couple of times a year, one of those at the big Chicago show, October’s iHobby Expo, when he would be one of those manning the Revell-Monogram stand, having set up most of the display models. Then, along with Dean Milano, I would visit Bill and his colleagues at the R-M plant a few days later, to catch up on the rest of the news. Occasionally, we would also go with him to the Lake Michigan Model Car Club, of which Bill was a long-serving member. 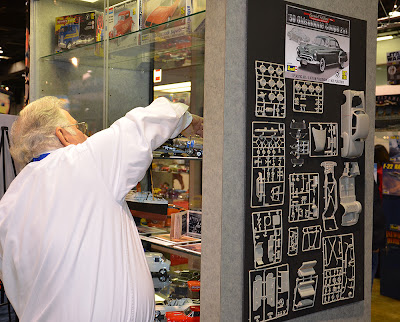 Bill at last year's 2011 iHobby Expo, busily setting up a display. The test-shot components of his 1950 Oldsmobile Coupe are mounted at right.

1950 Oldsmobile
Bill had a particular love of 1950s cars, and for many years had wanted to make a 1950 Oldsmobile available as a 1:25 scale kit. This was actually on the 2012 agenda, and Bill had already built test-shots of the model, which he showed us proudly during our last visit. Hopefully, this car will be released soon, to be remembered as a Bill Lastovich modelling memorial.

Our sincere condolences go to his wife Jean, and his sons.