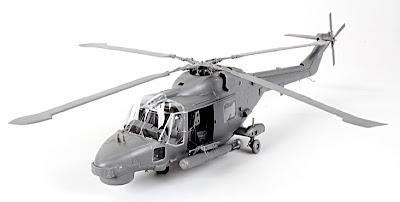 SMN report:
Here’s a hugely interesting kit, and it’s coming our way after the summer. The Revell Sea Lynx Mk.88, optionally a HAS Mk.3, will be produced to big 1:32 scale, making it a must-build for helo fans. 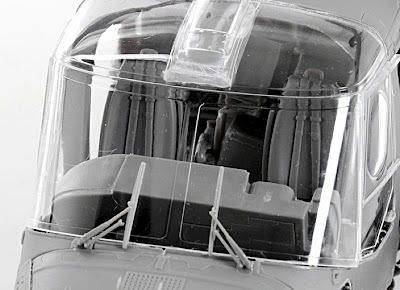 Detail up
By the look of these test-shot pix from Revell, the 1:32 scale Sea Lynx will be packed with detail inside and out. We are assured that there will be plenty of ordnance to hang off the hardpoints, including a choice of machine guns and torpedoes. 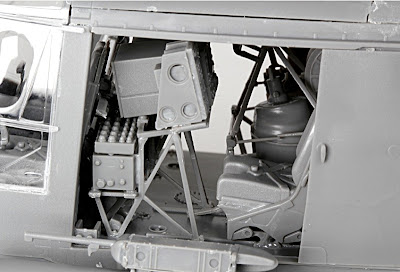 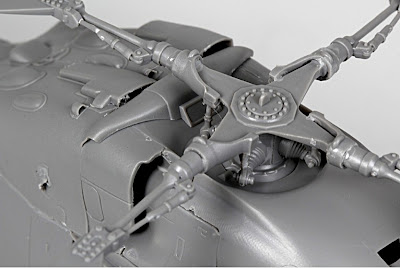 About the Lynx
The Westland Lynx is a successful multi-role helicopter that made its first flight in 1971. It’s been a good seller down the years, with assorted versions flown by the armed forces of 14 countries. Lynx versatility, reliability and performance have been boosted by a policy of continuous upgrades to fit new requirements. 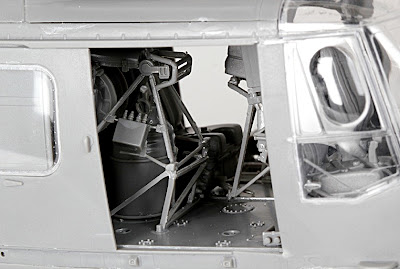 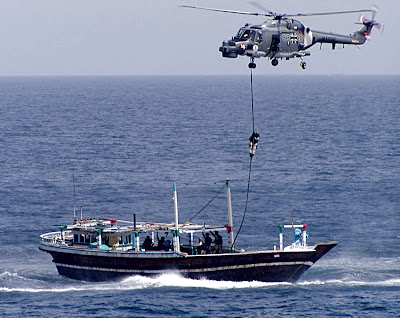 Anti-piracy missions
The Sea Lynx is used primarily for life-saving Search and Rescue (SAR) missions, and armed anti-submarine patrols. But right now, ship-based Sea Lynx units are finding a new role in helping to combat piracy off Somalia, East Africa. The pic (above) shows such an action, with a German Sea Lynx winching down boarders to search a suspect pirate skiff. And only last month, a group of beached pirate vessels were fired on by a helicopter team. 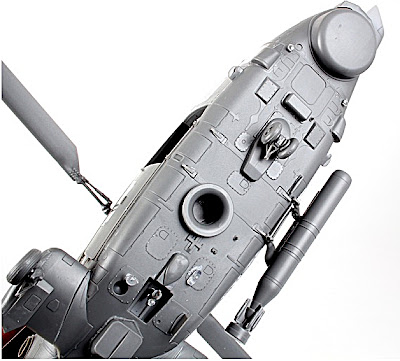 Summation
A mouthwatering kit, even if the fit around the windshield looks a bit iffy in these pix. But don’t forget they are test-shots, and we fully expect things to be brought up to scratch before the Sea Lynx goes on sale in October. 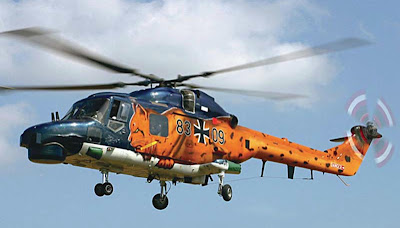