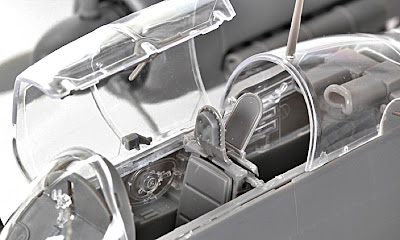 SMN report:
More test shot pix from Revell, with these tasters for the big new 1:32 scale Heinkel He 219 Uhu night fighter. From the look of these pictures, this new kit will be well worth a look when it’s released. 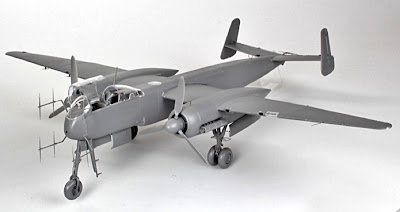 Test-shot views
Like all test shots, these are assembled largely to make sure component fit is good - so far as detail goes, all looks tempting, with transparent components looking crystal-clear. 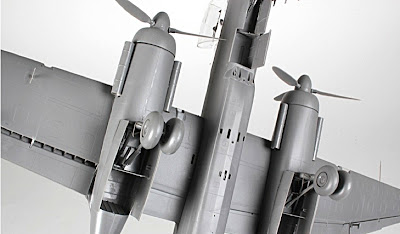 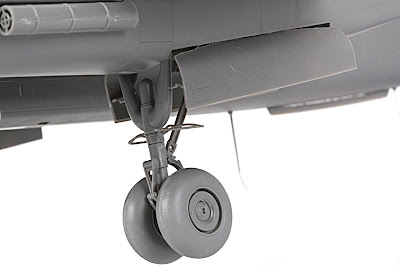 Landing gear
The landing gear looks excellent, with brake fluid tubes accurately included. Maybe the wheel wells look a little underwhelming at this stage, but we’ll wait for the finished kit before commenting further. Talking of landing gear, this aircraft will doubtless be a confirmed tail-sitter when assembled, so be prepared to fill every available crook and cranny with lead shot. 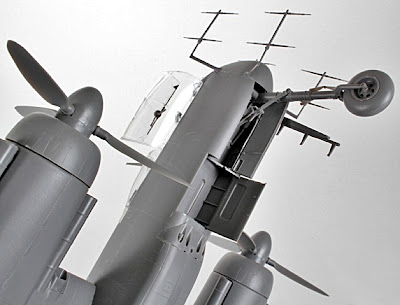 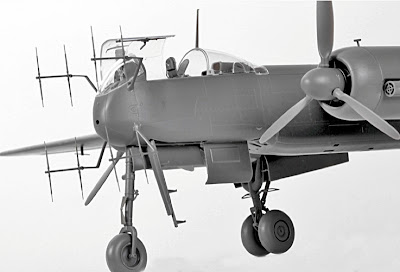 Other Uhu kits
There are other Uhu kits, including Revell’s own 1:72 kit, and Dragon’s similar release. The bigger 1:48 scale Tamiya kit is definitely our best-on-the-market at the moment, so this is the one to beat. Go, Revell! 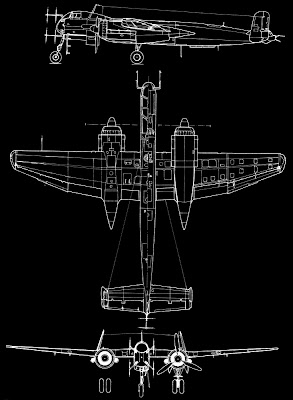 About the aircraft
The twin-engined Heinkel He 219 Uhu (Owl) was designed to attack Allied bombers in World War II. The Uhu was equipped with radar, and had a weapon-fit that included the exotic ‘Schrägen Music’ upward-firing cannon pack in the dorsal fuselage, aft of the two-seat cockpit. Less than 300 were built however, so, good as it was, the Uhu did little to alter the course of the war, despite having a top speed of around 670 km/h (416 mph). 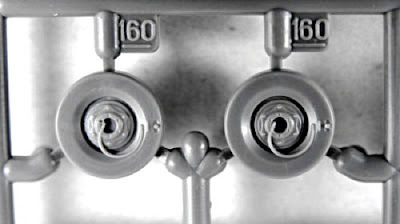 These component shots come courtesy the German website, DPMV. There are plenty more to see here. 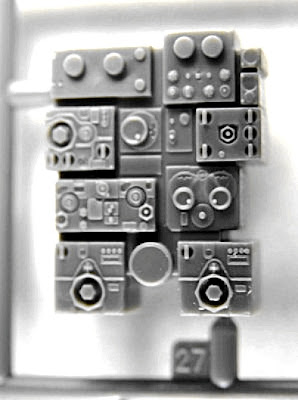 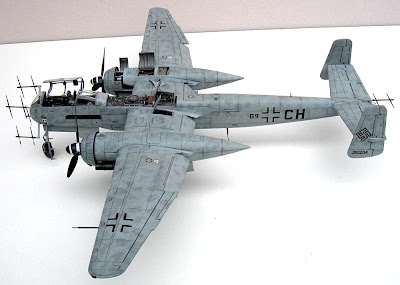 Excellent model
Here’s a neat Uhu, courtesy Brian Boot from the West Middlesex Model Club. Wow, such beautiful detail, especially in the dorsal area. We'd say that the Revell version would look terrific if Brian gets his hands on one in the months to come. Much more from the WHMC here.

Summation
Join the queue for this interesting (and big!) release of an unusual World War II aircraft. Due in October 2012.