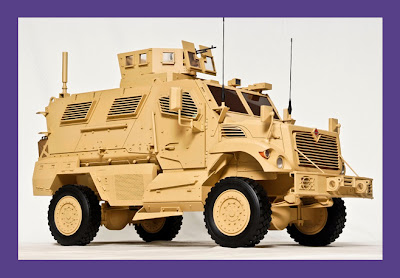 SMN WEEKENDER:
This extremely accurate and detailed military machine is the work of the pro-builder Gamla Model Makers, and is typical of the high-grade work produced, that ranges from AFVs through architecture, to promotional models.

Mack Sherpa on video
The Gamla 4x4 Mack Sherpa military truck featured in this video is depicted carrying the 105mm Hawkeye howitzer, as developed by the Illinois-based artillery and support outfit, the Mandus Group. The 1:8 scale model features opening doors with magnetic locks, and an accurate cab interior. The howitzer's base rotates 360 degrees, with a tilting cradle and barrel. The gun piston moves accurately in the hydraulic cylinder, imitating the articulated action of the real thing. Like all Gamla models, the Sherpa-Hawkeye was developed using 3D computer software, and in-house fabrication. Almost 90 percent of the parts were made using stereo lithography (SLA) equipment, an amazing technology with big implications for the plastic-kit industry, which we’ll be talking about in an SMN article soon.

Assembling the Mack
Railings, grab handles and other vulnerable parts were produced by SLA from nylon, with a backup set cast in metal, in case nylon wasn’t strong enough - indeed, some nylon components were replaced by their metal backups. Of course, Gamla's work doesn't stop with the Sherpa, as the header pic and the pair below reveal. 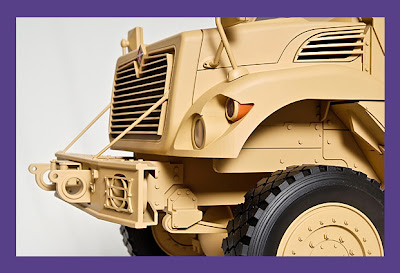 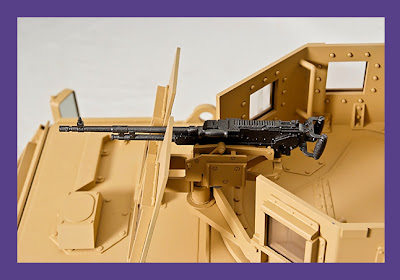 Software prep
Preliminary work at the software end took some time to perfect, but once components were churning out of the SLA machines, assembly and finishing took only a week. The result was this high-end demo model, for use in trade shows, where fit and finish are absolutely paramount. Final presentation used a rare-wood finished base with a clear acrylic top, plus a special case with protective locks, latches and foam lining for transport between shows. 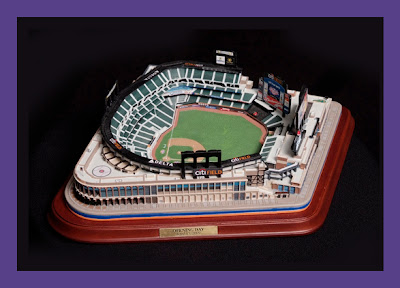 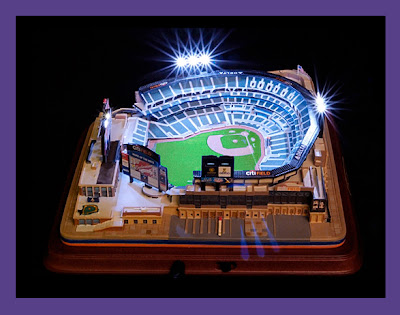 About Gamla
Gamla Model Makers was set up in 1999 by Lev Brodsky, a pro model maker and collectibles designer, his target to head a full-service company that combines classic skills with latest technology and materials. Gamla ‘team members’ are trained to work fast and efficiently, and to be able to switch quickly between projects, as needed. Outsourcing is also a speciality, though such vendors have to step up to the plate where reliability and service levels are concerned. 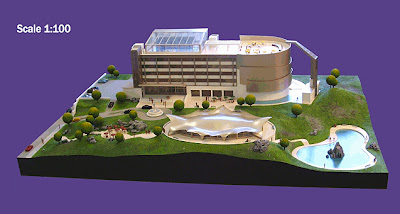 21st century equipment
Technology is a tool that makes model fabrication easier, faster and more cost effective. Apart from speed and precision, it also relieves craft workers from tedious repetition, so processes such as resin casting, and automated finishing are important, as are upgrade services such as 3D-modelling, digital development and artwork. Gamla’s target has been to develop as a focus point for clients, from architects, museums, and exhibition designers, to moviemakers, collectible and toy manufacturers - even inventors, needing a worked-up concept visualization. 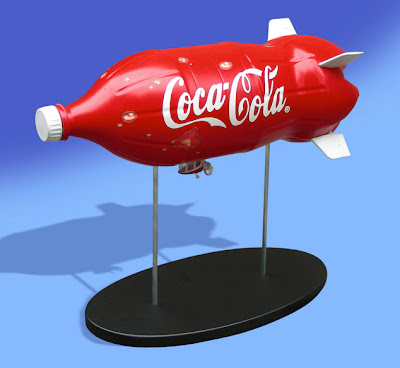 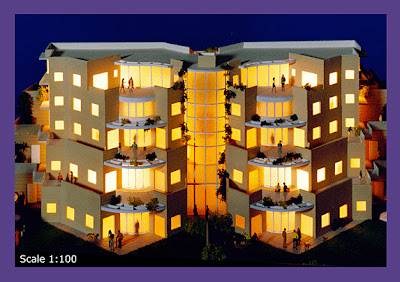 Government work
Since 2004, Gamla has been a government contractor, working with big agencies such as NASA, and the US Army, Air Force, and Navy. Other clients include famed aerospace names such as Lockheed-Martin and Northrop Grumman.

Summation
It’s great to hear of an outfit that makes money making models, proving that scale modelling need not remain a pure hobby but can be out there earning a living by supporting headline names.

There’s more
Here’s a terrific YouTube movie of the howitzer-toting Mack Sherpa in action. Watch for the mighty recoil and slo-mo video captures of shells leaving the gun barrel.