WHAT IS THE SMALLEST-EVER MODEL KIT? 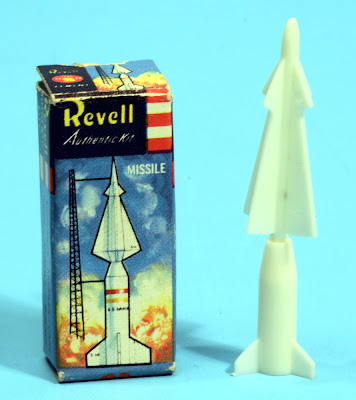 MAT IRVINE MINI-WEEKENDER:
Here’s a pub quiz-style question for you: “What is the smallest-ever model kit?” And the answer is: “Probably the one featured here!” It’s a tiny two-piece model of a Nike Hercules surface-to-air missile, apparently made by Revell - except that it wasn’t... 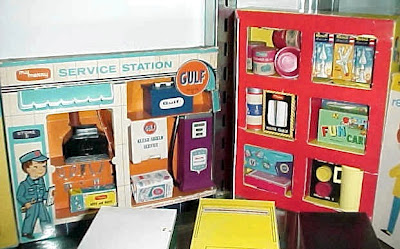 My Merry playsets
The Nike Hercules was actually made for a playset, a type of toy popular in the 1950s and 1960s especially, and mostly an American phenomenon, though there were quite a few British examples. The tiny Nike Hercules was made as part of a ‘My Merry Hobby Shop’ playset made by Merry (top right above), and scale-wise was intended to look like a ‘full-size’ kit on the playset shelves. It’s a more-than-somewhat simplified kit with just two parts, and instructions and decals are not included, though the box-art does indicate red stripes and ‘US Army’ markings! 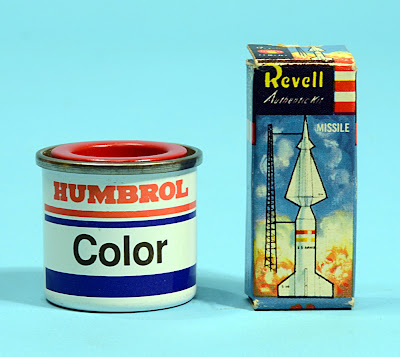 Size and scale
Size-wise, the Nike Hercules box measures 45 mm (1.8 in) high by 20 mm (0.8 in) wide. The assembled (I use the term loosely) missile stands all of 57 mm (2.25 in) high. Considering the scale (which works out to approximately 1:250), the model is not a bad representation of a Nike Hercules, although the first stage should have four fins, not three. 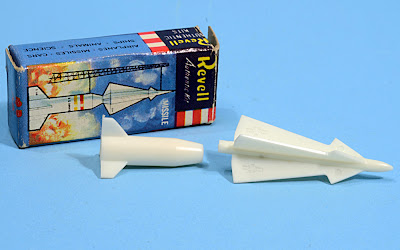 Note also the star-and-bars etched in the second-stage fins. Interestingly, whereas you might expect the model to be produced in a soft plastic, such as vinyl or polyurethane, it appears to be moulded in standard polystyrene. 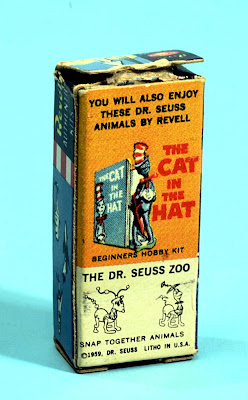 Children’s publishing link
The back of the box features a mini-advert for a range of Revell Dr Seuss 'The Cat in the Hat' animal kits, featuring a snap-together Dr Seuss Zoo.

Hellblazer:
Revell did produce some Dr Seuss Zoo kits in 1959.

Andy Yanchus:
The Cat was a glue together kit, and it was updated to include Thing 1 and Thing 2. Revell also produced glue kits of Horton the Elephant and the Birthday Bird. The Zoo animal kits were molded in polyethylene and were snap together. There were about six different kits. The parts were interchangable, so even more strange creatures could be made!

Jet model
Note that the Nike Hercules was one of two ‘Revell kits’ supplied with this play-set , the other being an equally-simplified interpretation of an F-100 Super Sabre combat jet, with a similar number of parts. 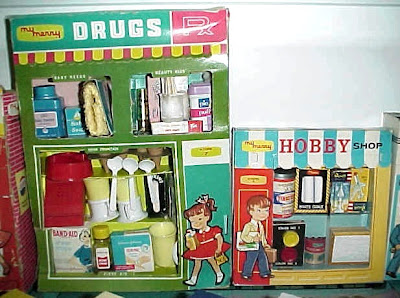 Tracking down a playset
Playsets in general are now worth big money, and if you can find them complete, many run into three figures on auction sites. There were several ‘My Merry’ playsets, including a Hobby Shop, Drug Store, and Service Station, these ones shown courtesy Dean Milano. However, I came across the Nike Hercules by itself, rather than as part of a playset - sometime in the past, it had become an orphan, which I found in the Auntie Em’s Miniatures corner store (below), in Glendale, Arizona. 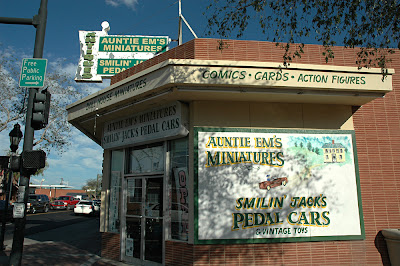 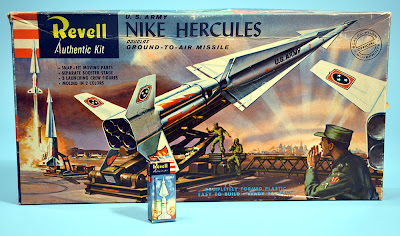 The real thing
To finish off, here’s the real Revell kit, the classic 1:40 scale Nike Hercules. It’s a model that dates back to 1958, is reissued from time to time, and is easily available on various auction sites. I’ve written about this and other missiles in Scale Model News, so follow the link below to catch up on this interesting kit from the early days of plastic kits.