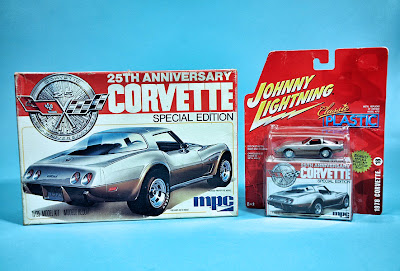 TINY VIEW BY MAT IRVINE
You may have noticed some of Round 2’s AMT and MPC kit releases that also include a miniature version of the kit's own 'big box.' A new idea? Not exactly, as AMT/MPC’s previous owner, RC-2, had produced a range of small diecast cars in its Johnny Lightning ‘Classic Plastic’ series.


Unique mini-models
These mini-models were probably unique in the annals of diecasts, as they were miniature versions of what were already miniatures - plus you got a mini-reproduction of the kit box as well. The only difference is that the Classic Plastic mini-boxes came ready-assembled, the recent versions come flat, and you have to cut them out and make them up yourself.

Anniversary Corvette
There were several Classic Plastic series, and I keep an eye out for the odd ones I’m missing. Although I have only a passing interest in anything ‘ready-built’, the interest is of course to get all the ones I have kits of - or alternatively, to find the kits for the ones already in diecast form. One of my recent finds was a 1978 Corvette, as issued in a 25th Anniversary box by MPC. I’ve had the MPC kit for years, but only recently found the Classic Plastic version.

Mystery releases
Exactly how many there are of these is a slight mystery. There has been no set pattern to the releases - some have appeared as part of a set of four, some in six, and at least one series as a set of nine. To date, I have details of about two dozen. Most feature AMT or MPC car kits, but there a couple of Jo-Han items, and at least one each of Aurora and Pyro subjects. 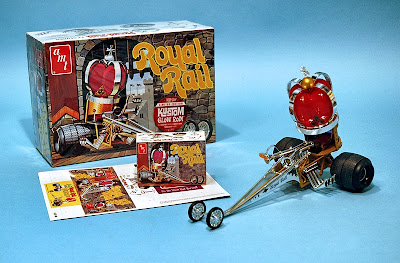 AMT Royal Rail
Here is an example of the current style ‘miniature kit box’, demonstrated with AMT’s reissue of its Royal Rail show rod. The box is shown as you find it in the kit - flat - plus a completed example. 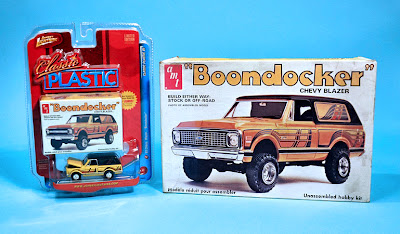 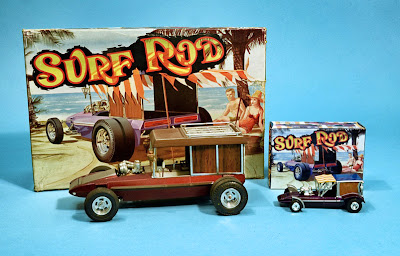