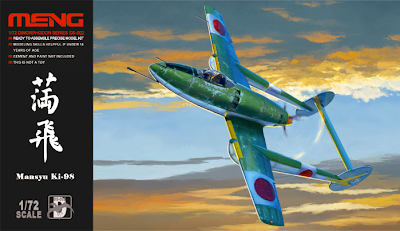 REPORT: DAVID JEFFERIS
“This is not a toy” declares a stern caption on the box of an interesting kit from China-based Meng Model. Actually, it’s not a real aircraft either, but an 1:72 scale kit of an uncompleted World War II design, the Mansyn Ki-98 pusher-prop ground attack machine - but that makes it all the more interesting! 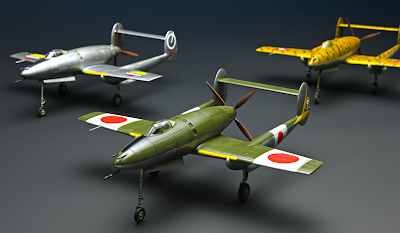 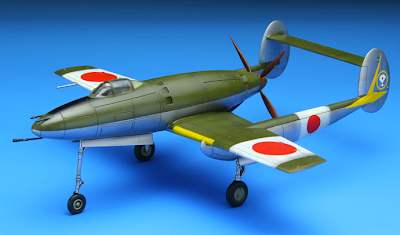 Imperial Japanese Army Mansyn Ki-98 Attack Aircraft
The Mansyn Ki-98 was a Japanese piston-engined concept, designed by the Manchurian Aeroplane Manufacturing Company towards the end of the World War II. The prototype was under construction when Soviet forces swept into Manchuria in August 1945, and all works including design drawings were destroyed by the retreating Japanese Army. 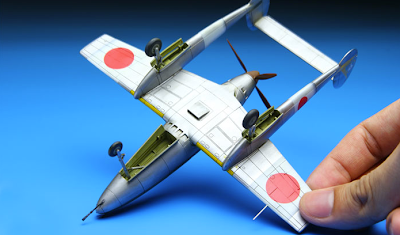 Science-fiction or faction?
The Meng Ki-98 kit has been created by, in the company’s words, “...Inference From The Original Design Drawings. Finely Moulded Fuselage Details Make The Model Look Like A Real One.” Which makes the aircraft a fascinating subject for all lovers of what might have been in that era - and that includes Luftwaffe 1946 fans, the SMN Crew, and we’d guess anyone with an interest in alternate history, science-fiction, and probably steampunk lovers, too. 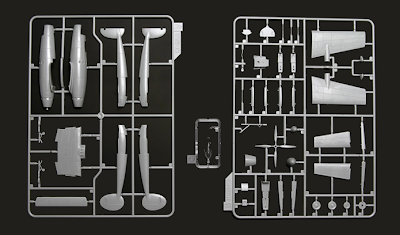 What’s in the box?
Meng Model has supplied a highly detailed Mansyn Ki-98 ground attack machine in 1/72 scale. When built, the model has a length of 159 mm (6.3 in), tail-fin height of 52 mm (2.03 in) and wingspan of 157 mm (6.2 in). One complete kit is included in the box (read on for a two-kit model, also from Meng) with two main component runners, plus one for clear parts, a decal sheet for three alternative markings and a decent instruction manual.

Different markings
The decals give you the option of building the Mansyn Ki-98 in Imperial Japanese Army, Royal Thai Air Forces, or Manchurian Air Force markings, and as you can see from the pictures they are attractive schemes, very different from run of the mill stuff. 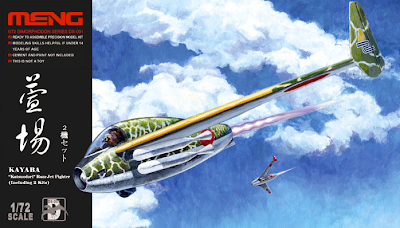 Imperial Japanese Army Kayaba Ku-4 ramjet fighter
Next up from Meng is the equally attractive flying-wing ramjet fighter, also a Tokyo 1946 design. Originally designed as a glider, the Pacific War delayed development into a full-blooded combat craft, so as modelled by Meng, the Ku-4 is 'what might have been' had the little fighter been fully developed by Kayaba. 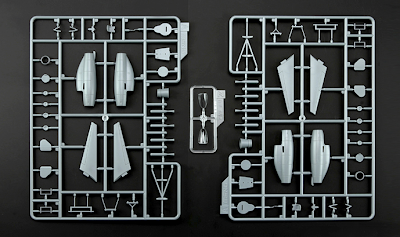 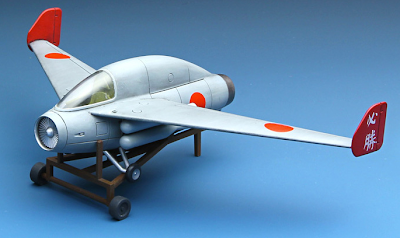 What’s in the box?
Not one, but two highly-detailed Kayaba Ku-4 ‘Katsuodori’ ramjet flying wings to 1/72 scale. Each one is tiny, but perfectly formed, with a length of just 62 mm (2.4 in) and wingspan of 125 mm (4.9 in). But it’s beautifully done, with a reasonably detailed cockpit, air intake (though a ramjet shouldn't need turbine blades) and a set of rocket boosters for takeoff and acceleration to high speed, when the main ramjet powerplant kicks in. There’s also a neat ground-handling trolley displayed, and - perhaps because the model is so small - Meng Model has supplied the pair of them, which is terrific. The suggested alternative markings are very different, and make for an attractive show duo, both built from the same box. 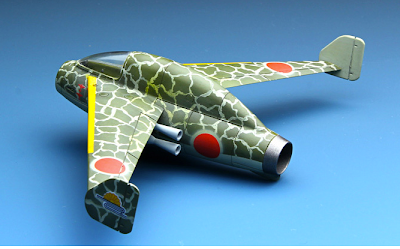 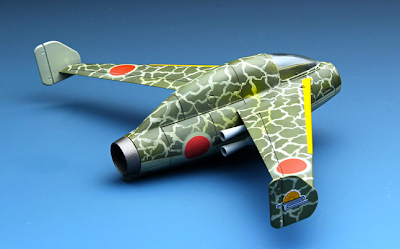 War-changing aircraft?
Like Luftwaffe 1946 designs, it’s doubtful if advanced ‘Tokyo 46’ technology would have made any difference to the war’s ending, though the Allies might have been slowed down somewhat. No matter - kits like these are fascinating for their own sake, so here’s hoping Meng will produce more of this kind of subject in future. 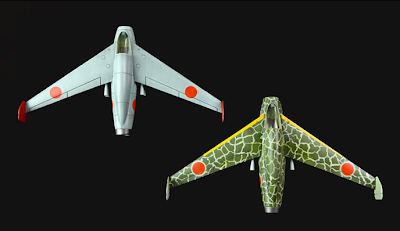 About Meng Model
The name behind Meng Model, Rui Ye International Co Ltd of Hong Kong, is a new kid on the model block, being founded only in 2011. The company is dedicated to developing and selling high-end scale model kits globally, and has already earned a good reputation, winning ‘Model of the Year 2012’ from the German magazine ModellFan. Meng is a Chinese surname, but more importantly in this context, is also used for Master of Engineering, an appropriate title for an outfit making finely produced miniatures. 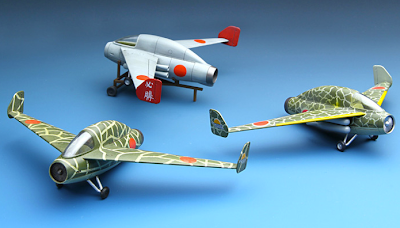 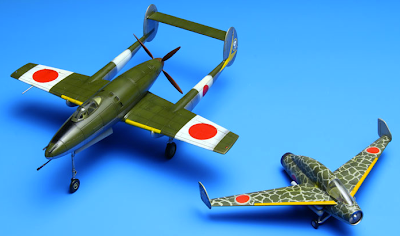 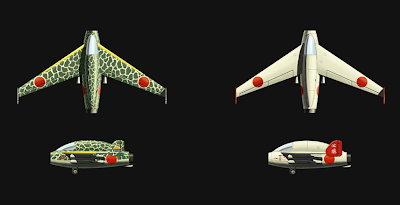