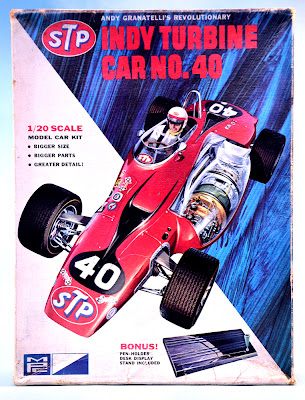 MAT IRVINE REPORTS
Strange how some things happen. The SMN team is spreading out and working on producing a range of ebooks, and the first title will focus on my own modelling activities. It’s called Mat’s Marvellous Model Museum, and to this end I’ve not only been scribbling away furiously, but also doing some research on the vast stack of models in the collection. 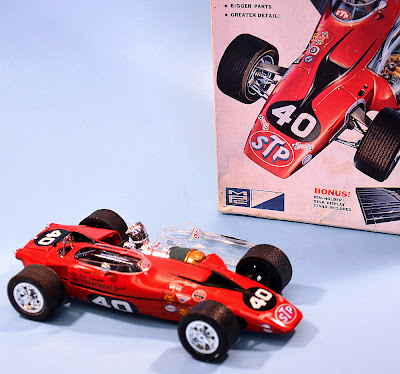 Oil Treatment Special
During this, some things I’d forgotten about were unearthed, one of which was this old MPC kit of the ‘STP Indy Turbine Car No. 40’, which debuted in the 1967 Indianapolis 500 race. I actually spotted the kit because the box was somewhat dented, damage that can often be straightened out with careful ironing. (Honest - maybe this is an item for a future piece?!) However, I then remembered that although I started to build the kit - which must have been more than 35 years ago - I never quite finished it! 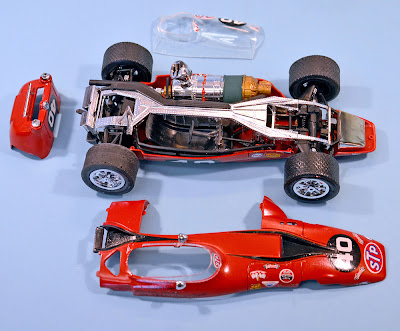 Plenty of internal detail reveals the gas-turbine engine's unusual position. It's beside the driver, rather than in front or behind. 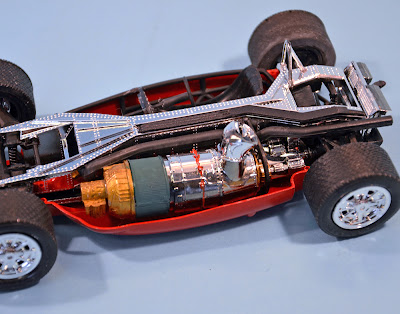 Unusual scale
The STP Indy Turbine Car No. 40 kit was first issued by MPC in 1969, one of a new range of cars in 1:20 scale. 1:20 as a scale has been dabbled with by most model car companies over the years, but has never really caught on. In fact, MPC later made the STP Lotus Turbine car - but that was to 1:25 scale. 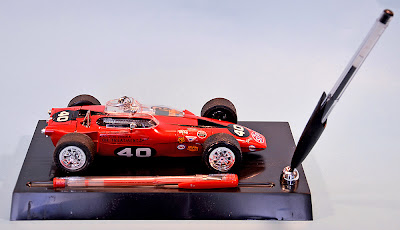 As a bonus there's an included pen stand on which to place the finished model, though you have to provide your own pens! 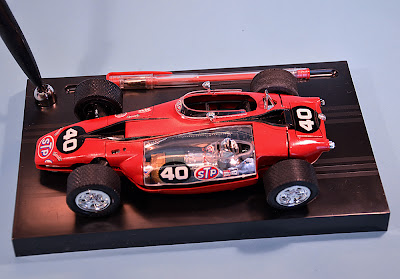 Interesting extras
But the STP kit represents a unique car, so even if it is in 1:20 scale, I spent a couple of hours finishing it. That’s all it really needed, so I’m not quite sure why took so long. There are plenty of things to mention about the kit, including the relatively unusual vertical box format. As a bonus you got a pen stand on which to place the finished model - though you had to provide your own pens! A neat touch from MPC were the lift-off body panels and the asymmetrical engine cover, supplied in clear plastic. 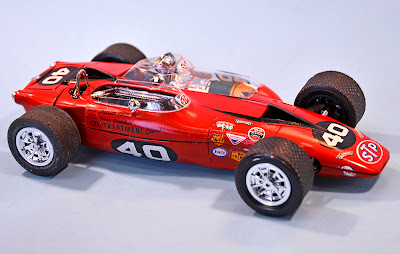 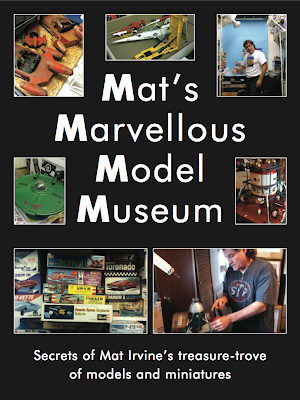 Mr J note: The official name for STP chief Andy Granatelli’s gas-turbine racer was the STP-Paxton Turbocar, Paxton being STP’s division in Santa Monica, California, where the vehicle was built. The car is now in the Indianapolis Motor Speedway Hall of Fame Museum. 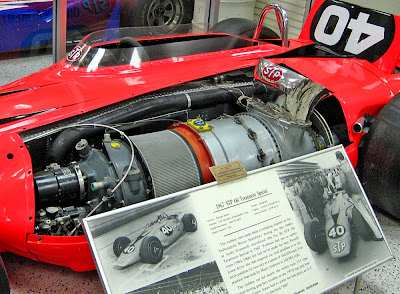