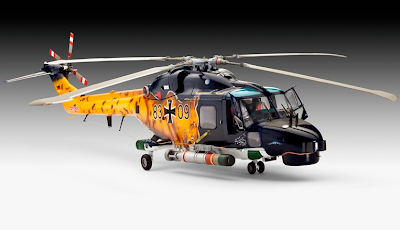 SMN REPORT:
More temptation for you helo fans, in the form of this eye candy from Revell, showing build-up pix of the 1:32 Sea Lynx Mk 88, and very handsome it looks too, especially in the optional anniversary markings shown here. 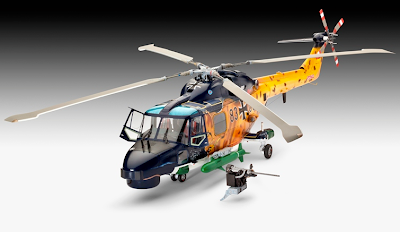 About the kit
Due for release in time for Christmas, the 1:32 scale Revell Sea Lynx measures some 415 mm (16.3 in) long, with a rotor diameter of 401 mm (15.8 in). There are plenty of parts to keep you busy, 265 in all, with optional weapons that include pairs of homing torpedoes and Sea Skua missiles. 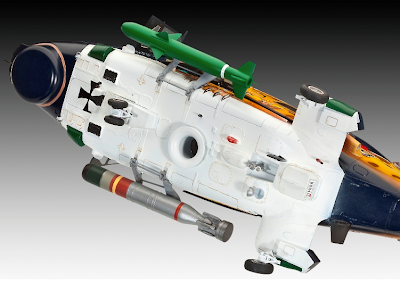 What’s inside
With these big-scale kits, Revell goes to great lengths to satisfy detail-freaks like us. Here’s a list of what to expect when you open up the box: 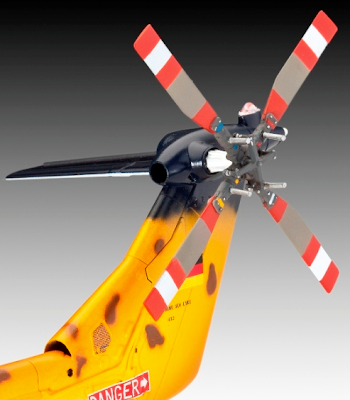 The real thing
The Lynx is a British-designed multi-role helicopter that first flew way back in 1971. In the 40-plus years since, the helo has been improved hugely and currently serves with 14 countries around the world. The naval Sea Lynx featured in this Revell kit has been in service with MFG 3 (Naval Aviation Squadron) ‘Graf Zeppelin’ in Nordholz, Germany, since 1981 - and it is the 25th anniversary markings featuring in this kit that celebrated this in 2006. 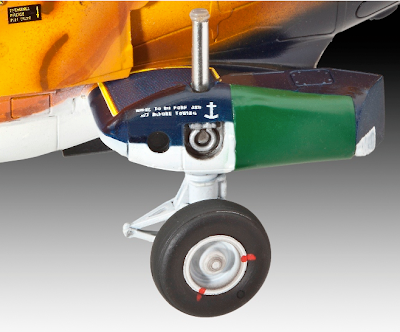 Weapons fit
Equipment and weapons are designed for anti-submarine warfare, with armament that includes torpedoes, Sea Skua missiles and a 12.7 mm machine gun. Search equipment includes a variable depth sonar. Currently, the German Sea Lynx is on anti-pirate ops around the Horn of Africa. 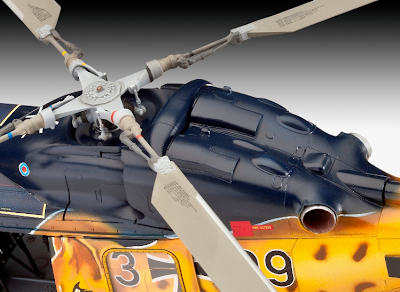 Summation
Attractive model, attractive markings - what’s not to like. The large scale will make it fairly easy to motorize if that’s your thing, or with some figures and a frigate landing pad, it'll make an ace potential competition winner. Torpedoes and Sea Skuas (below) are neatly modelled and a diorama featuring ground crew arming-up for an anti-pirate mission would make a terrific of-the-moment display. 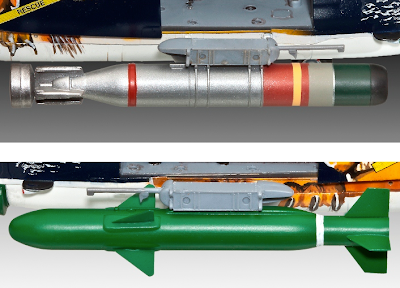 Helicopter kits to look at here, and a reminder that Airfix makes an attractive, albeit slightly smaller, 1:48 scale Lynx. 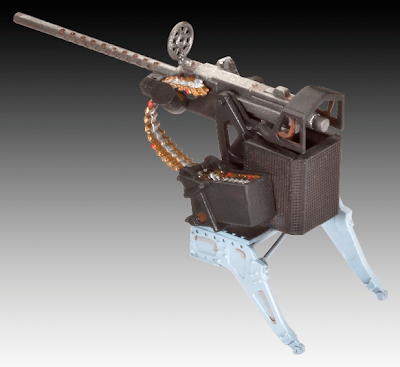 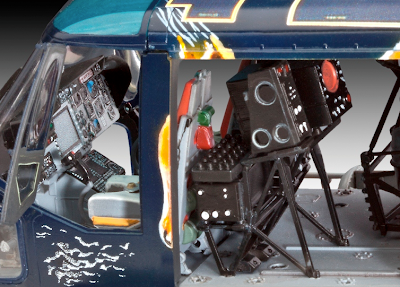