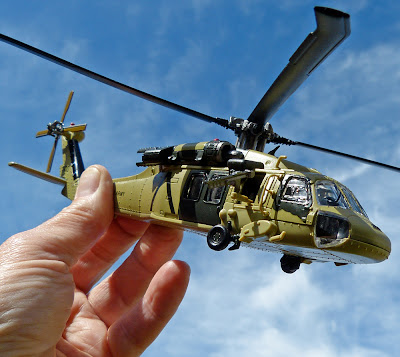 SMN REPORT
“Build up your Chopper Squad” is the rallying call on the sales video for this latest UK partwork release, Part 1 available now. And it looks an interesting buy for helo fans, as there’s a 1:72 scale model included with every issue. 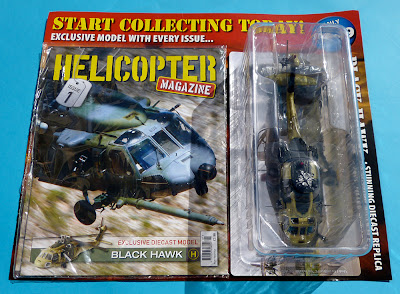 First issue
As usual with partwork publications, the first issue is a heavily subsidised whammo release, in this case a 16-page full-colour magazine, strapped on to a blockbuster backing board, which also acts as the base for a bubble-pack containing the meat of the business, a metal-and-plastic 1:72 scale helicopter. 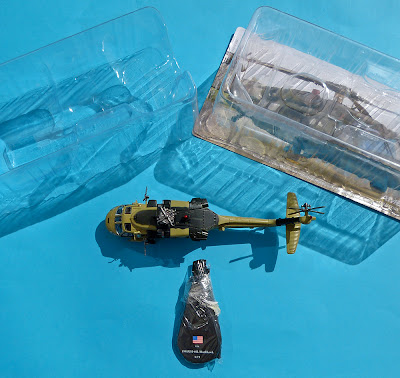 Army attacker
In this first issue, the helo of note is a Sikorsky UH-60L Black Hawk, finished in US Army colours, as flown in the 1991 Operation ‘Desert Storm.’ 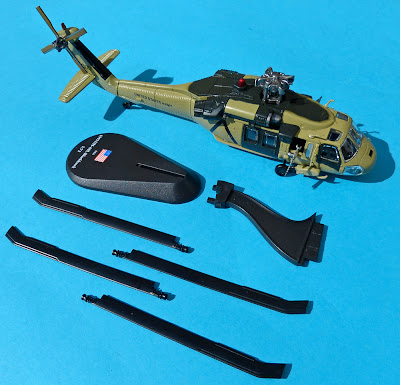 Assembly in minutes
What’s the model like? Well, it’s an easy build all right, containing the finished fuselage and six extra components in a plastic bag... it feels rather like shades of early Airfix, in fact. Those extras consist of a push-together stand base and arm, plus four rotor blades, with correctly swept tips. These are also push-fit parts, and it’s a pleasure to report that not only did they push with ease, but that the fit was firm and tight when complete. With an eye on non-specialist collectors, the rotors are designed as a one-way fit, for correct rotor assembly. 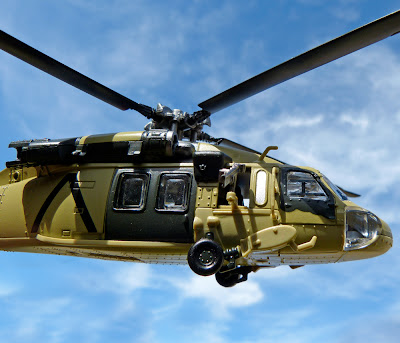 Should you buy it?
The result is a fair representation of the real thing, and for a UK price of just £2.99 GBP ($4.80 USD)  HELICOPTER is a must-have, the model looking extremely fine on display. A close look reveals chunky windows, oversized rivets, and fairly crude gun and landing gear assemblies. But no matter - for the price, it’s pretty good, and some subtle airbrush work to add detail and weathering would make all the difference, bringing this UH-60L much more into the realm of ‘scale model’ rather than uber-toy item. 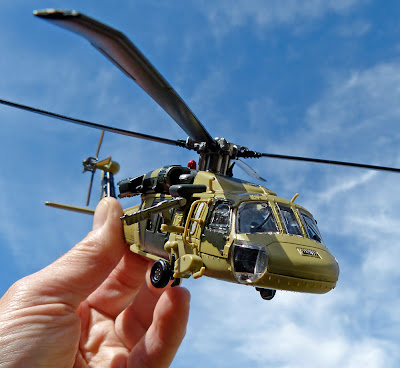 Benefits of a strongly-built model
Actually, that chunky construction is no bad thing, because it does mean that the 220 mm (8.7 in) diameter rotors are likely to be undamaged in the event of collision with an unwary visitor. I speak with experience here, having had several delicate models wrecked by an attractive but clumsy (where scale miniatures are concerned) girlfriend! 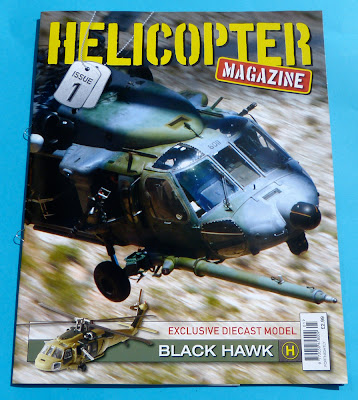 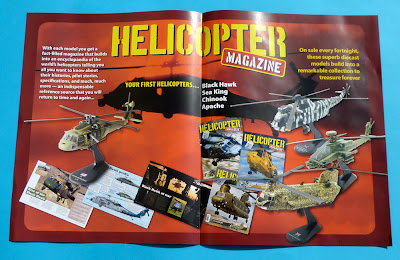 Brains behind the product
We don’t know too much about the publisher, Amermedia, but HELICOPTER is similar to other  'magamodel' products in the line-up, featuring items such as fire engines, classic cars, bombers and fighters, rail locos, construction machinery, even a range of world taxis. Great stuff! We’d hazard a guess that model production comes from China, but the magazine - it comes complete with metal loops for binder fitting - is sourced via Key Publishing, a well known UK aerospace outfit with many magazines and books in its portfolio. 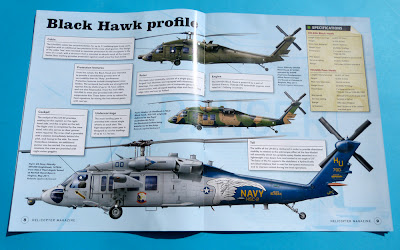 Illustrations
The gorgeous side-views in HELICOPTER magazine's centre-spread are presumably reprints from other Key publications, but that’s fine - they look good and are well printed. A shame though, that none of the side-views match the colours of the supplied model. 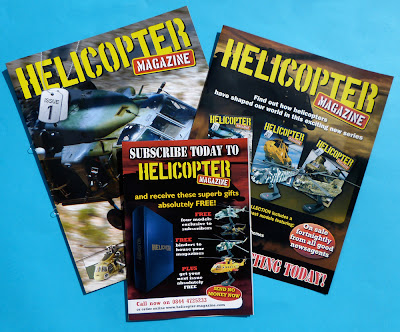 SMN Scoresheet (out of 10)
We’ll give this a 10 for value, 9 for the 16 pages of magazine content, while the model scrapes a 7.5 - but with some work, you could turn it into a decent item. A pity though, that the side doors don’t slide open. 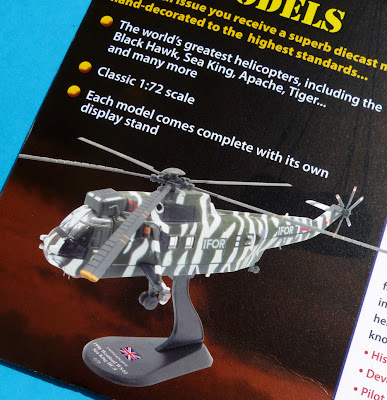 More issues in the pipeline
Accepting that the price will rise, as will availability - these products  last only a few weeks in retail outlets, thereafter being subscription-only items - we’re looking forward to seeing more of the ‘Chopper Squad’ flying in. In the first wave will be Sea King, Chinook and Apache, with items further down the line including Hind, Havoc, Merlin, Iroquois and S-58. A mouthwatering prospect for any helo lover.

If you fancy a bigger UH-60L model kit altogether, then the Academy UH-60L to 1:35 scale could be your thing, and a very fine production it is.

Here's a foreign-language Amermedia site that gives you a good look at other ranges. 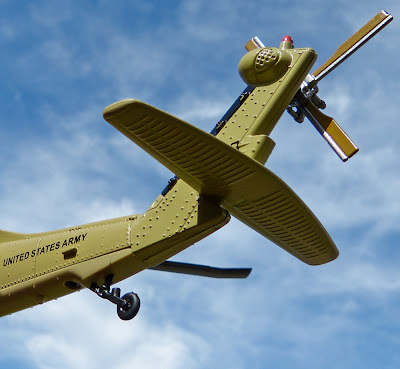 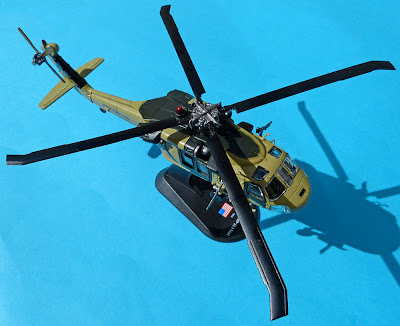 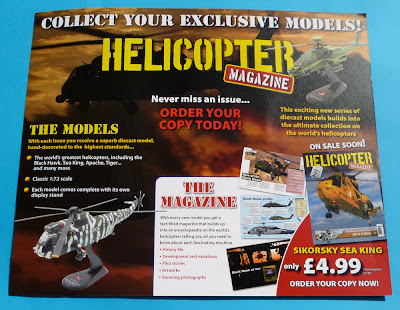