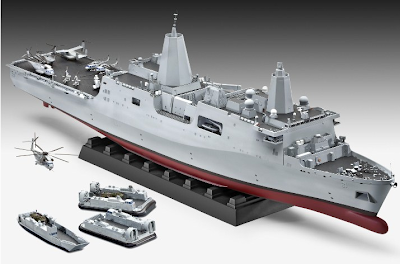 SMN REPORT
Revell’s output of ships is strong at the moment, and here’s an up to the moment 1:350 scale kit of the USS New York, a tech-packed amphibious warfare ship. 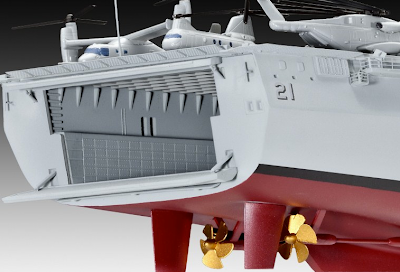 About the kit
This kit is interesting not just for the ship itself, but for the combat craft that come with it. The USS New York is a formidable attack machine, which the kit reflects pretty well, supplying hovercraft, landing craft, assault vehicles, eight helos and a pair of Osprey tilt-rotor transports. 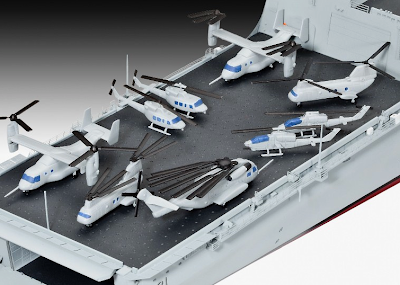 Destined for a diorama?
The USS New York comes in 1:350 scale, giving the assembled vessel a length of some 594 mm (23.4 in) so it’s a good size, especially if you unload the combat craft and display them around it. Of course, a model like this is just made for a diorama setting, and the various landing craft will only look convincing while floating on a simulated ocean surface. You’ll also have to source some 1:350 crew figures to finish it off well - try a set to the same scale made by Tamiya, link and pic at the bottom. 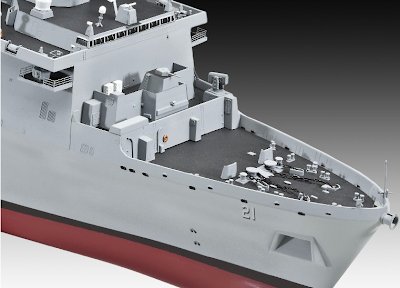 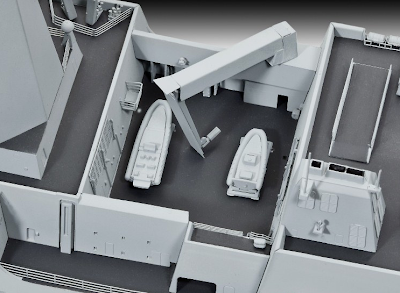 About the actual ship
The USS New York is a US Navy amphibious transport ship, launched on December 19, 2007, entering service on November 7, 2009. The ship was named to commemorate the 9/11 attacks on the twin towers of the World Trade Center, and incorporates 6.8 tonnes of steel recovered from the ruins. 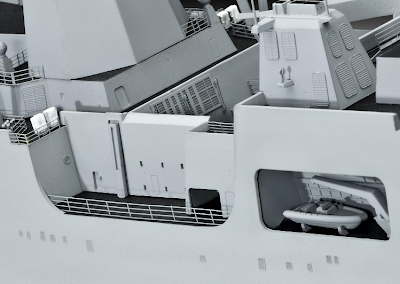 Stealth design
USS New York is a San Antonio Class stealth ship, easily recognizable for her angled and faceted superstructure. The ship is used by the US Marines for amphibious warfare, and has three decks, a crew of 360, and can carry 700-800 combat-ready marines. The aft lower deck is floodable so landing craft can deploy at sea, and the stern flat-top allows helicopters to load and offload troops and equipment. 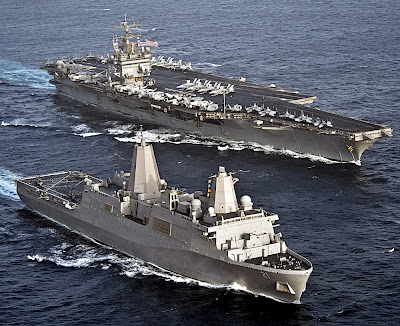 Summation
A kit to look forward to in November, and which should make an impressive addition to any 1:350 scale navy display.

Combat ships by the flotilla-load here.

Tamiya 1:350 scale crew figures here. They're shown in action on a Tamiya kit below, and certainly bring the kit to life. 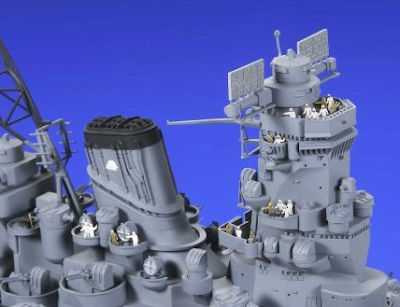 The USS New York has a fact-packed website here.

Side and plan views of the USS New York clearly show the twin helipad at the stern.