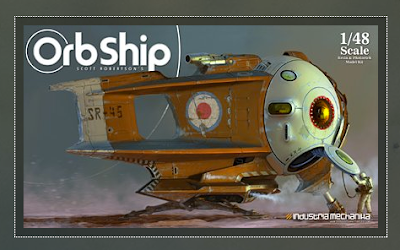 SMN REPORT:
Industria Mechanika are making a name for original sci-fi and fantasy modelmaking, and here are some of the latest works being prepped for sale.

Big kit
In IM's words, “Traverse the cosmos in the OrbShip, designed by world-renowned concept designer Scott Robertson.” Made to 1:48 scale, the OrbShip builds up to a good size, and being in this standard scale, will sit nicely with existing aircraft and military models, especially those depicting ‘what-if’ scenarios. The kit contains: 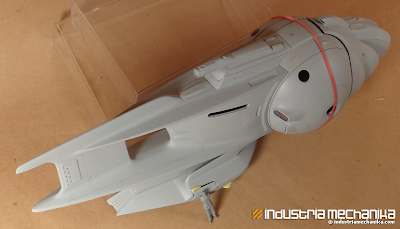 About Scott
46-year old Scott Robertson is a leading concept artist, having worked with Stephen Spielberg on the Hollywood movie Minority Report as well as with well-known brands such as BMW, Mattel, Nike, Rock Shox and many others. If you like this sort of work (and if not, why not?!) then take a trip to his website (address at bottom) to marvel at a galaxy of sketches and ideas. Marvellous stuff. 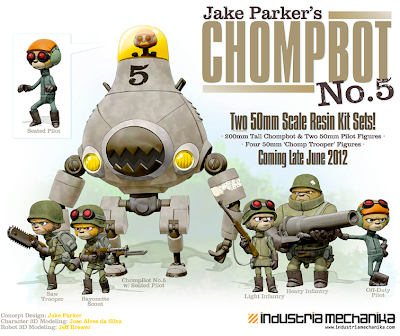 The Chomps are coming, courtesy Jake Parker
Here’s the work of illustrator and designer Jake Parker, with his original creation, Chompbot No. 5, backed up with kits of his Chomp Troopers and Chomp Pilots. These are coming soon, with pre-orders just started. There’s an introductory offer on these 50 mm (1:35 scale) sci-fi items if you’re quick off the mark - order Chompbot and both figure sets before September 28, and you get a useful $10.00 USD saving on the deal, a nice little taster bonus. 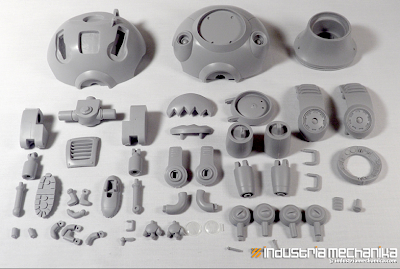 Plenty in the box
The Chompbot No. 5 kit comes with 59 resin parts, a decal sheet, clear canopy, two pilot figures, and a set of detailed colored instructions - there’s also a mini-poster on the reverse side.

Chomp Troopers storm in
The Chomp Troopers set has a quartet of figures, plus instructions. A very nice touch are the weapon straps and a blade for the Bayonette Scout on the supplied photo-etch metal fret. The Chomp Pilots set comes with two figures. 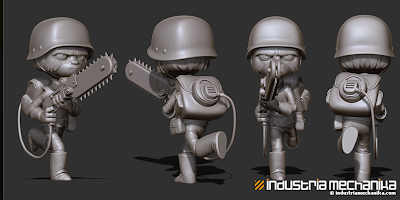 Summation
In the words of the blurb, “These are perfect for making traditional armor and aircraft models infinitely more awesome!” Well, we won’t disagree with that, as the Steampunkish figures are conceptually delightful, and look even better in the plastic. 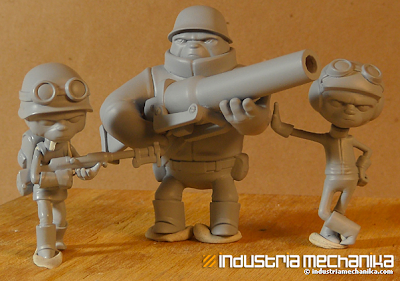 Visit Industria Mechanika here to see progress of the OrbShip, the Chomps, and much more besides.

Visit Jake Parker to view his beautifully-drawn illustrations, especially impressive if you enjoy graphic novels. To this reviewer’s eye, there’s something of the style of fantasy legend Jean ‘Mobius’ Giraud’s work there - and that’s a huge compliment.

More science-fiction kittery to drool over here, though these are of mostly well-known brands and Hollywood famousness. We’ll choose IM’s offerings for their originality, though there’s still plenty of room for any number of retakes on good old classics! 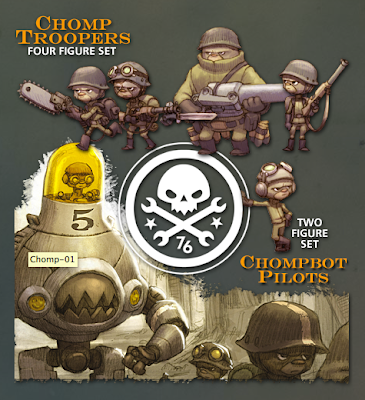