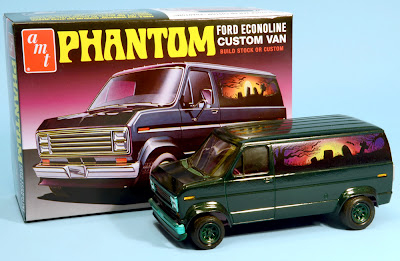 KIT REVIEW BY MAT IRVINE
If any decade turned the van from commercial vehicle to a statement of cool, it was the 1970s. Until then, the humble panel truck was most likely seen carrying building materials, making store deliveries, or toting tools-of-the-trade. But in the 1970s, vans were tricked out with custom paint jobs, sound systems, maybe a kitchenette, even - if you were lucky - a double bed. And now in 2012, comes a Round 2 Models reissue of such a custom creation, the AMT 1:25 scale Ford Econoline Phantom van. 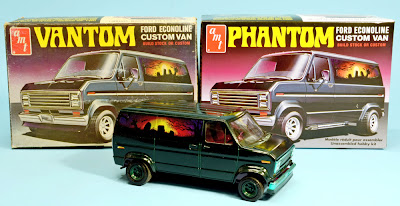 New name
Examine the box-tops to see an obvious change to the new kit, and that’s its name. The 1970s original was called the ‘Vantom’, a play on the words, ‘phantom’ and ‘van’ to impart a suitably spooky character. This time round, it’s called the Phantom, as apparently the name Vantom is being used by Mattel. But the rest of the kit is the same, with options to build it stock or as a mild custom, with spooky decals provided. 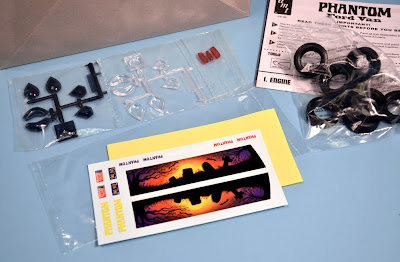 Custom options
Most kits of this era were reasonably simple in construction, and this is no different. It includes engine and chassis, interior and bodywork, with custom options really restricted to changes of wheels and seats, and mild treatments to the front grille. Three optional inset windows are supplied, named gemstone, teardrop and freestyle. Here, as with many Round 2 AMT/MPC reissues, windows are supplied in two tints, clear and dark smoke. 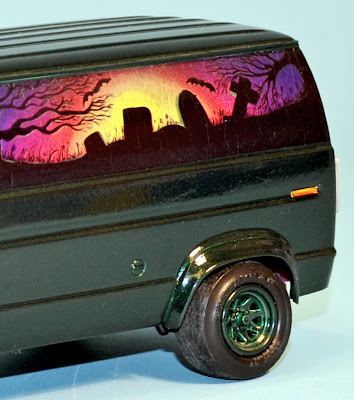 Graveyard green
I finished the review kit with most of the custom options, and finished it in a suitably dark ‘graveyard metallic green’, actually a Testors shade. The side panel decals feature a midnight graveyard decal. So it’s not difficult to end up with a variation on a theme of the Ghostbusters ECTO 1, Scooby Doo Mystery Machine, or the Munsters Koach. 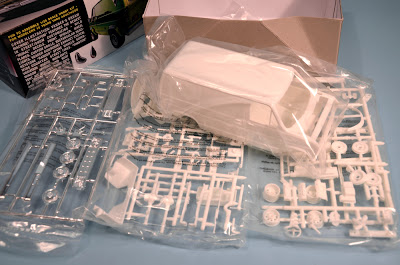 In the box
Parts number around the 150 mark, with components moulded in white (a change from the usual light grey) and chrome, with black for the soft tyres. The finished 1:25 scale model measures some 185 mm (7.25 in) in length. Note (below) I sprayed the chassis in a suitable purple custom finish. 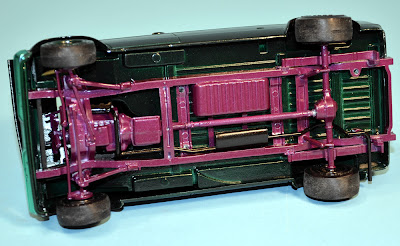 Story of the custom van
Early custom vans set the scene for style - the exterior would be painted in far more exotic colours than stock, and adorned with wild graphics. Add wide mag-alloy wheels, with tyres to match and the looks were complete. In the engine compartment, you could hot up the mill (engine) by 100 hp, and you were then in business with an archetypal day van of the ‘stylish seventies.’ In this kit, the engine compartment has been simplified somewhat, but the basics are all there. 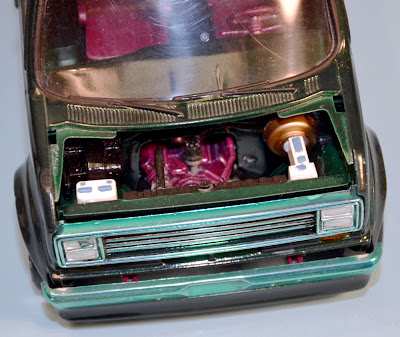 Model companies catch the trend
Model companies were not slow to latch onto this and many kits appeared of the two best-known US vans, the Ford Econoline and the Chevrolet 20. GMC and Dodge also made vans, and kits of all these have been in and out of the model catalogues ever since the 1970s, though most AMT kits have featured Ford and Chevys. Many kits have supplied parts for stock, custom, and even occasionally a racing option. Four of the original US ‘Big Five’ kit companies - AMT, Monogram, MPC, Revell - produced vans in various formats, though oddly, Jo-Han never made one. 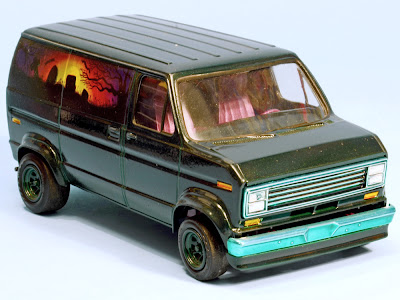 Summation
Neat reissue of a classic 1:25 scale kit - a must-build for all van enthusiasts.


Visit AMT at Round 2 models here. Thanks to Round 2 LLC for the review kit.

Plenty of AMT kits here, including a 1:25 scale ECTO-1 from Ghostbusters. 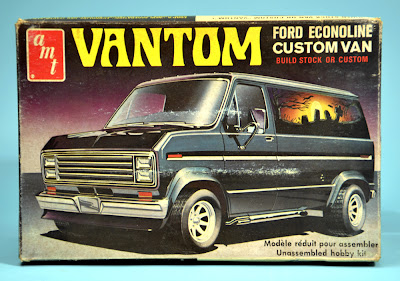 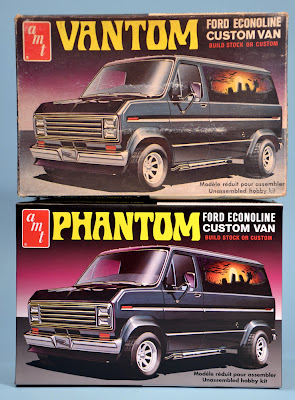 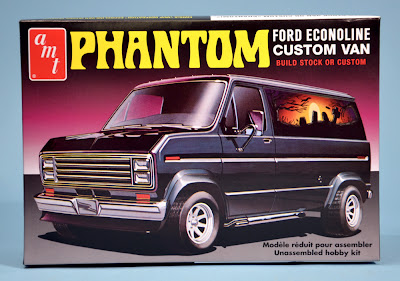