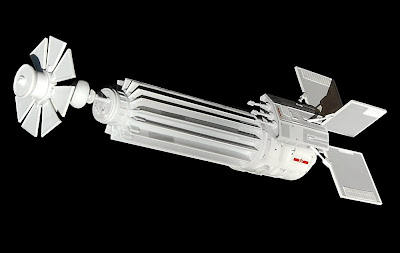 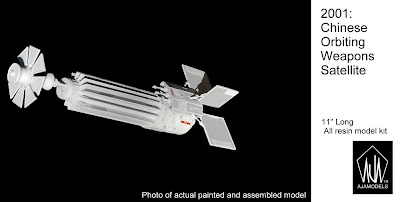 SMN REPORT
Having reviewed the excellent 2001: The Lost Science, we thought you’d like a look at the model kits AJA Models has on offer. If you have the slightest interest in the classic movie, then AJA could be the place to source your next kit. 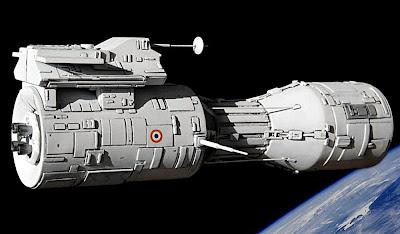 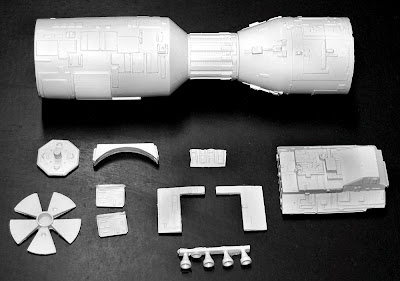 The resin products of AJA Models are not exactly cheap, but as you can see from the pictures, they are of fascinating subjects, such as the French weapon satellite (above). 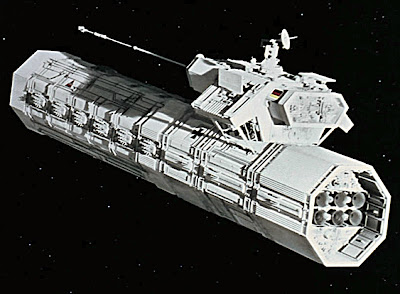 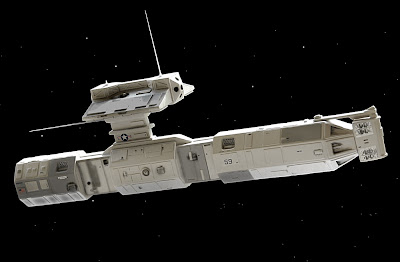 Weapons and more
All four of 2001’s orbital weapon satellites are available (German and US above) but the kit that particularly tweaks my interest buds is the portly-but-perfect Aries lunar shuttle. It’s a design that was conceived to be a real-space possibility, which is probably why it looks so realistic today, nearly half a century later. 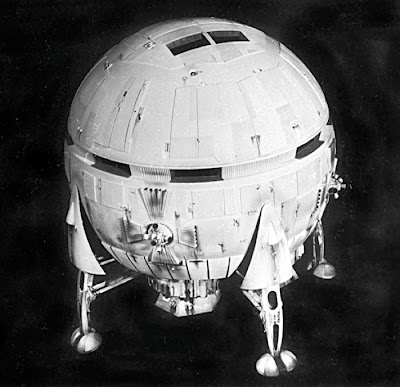 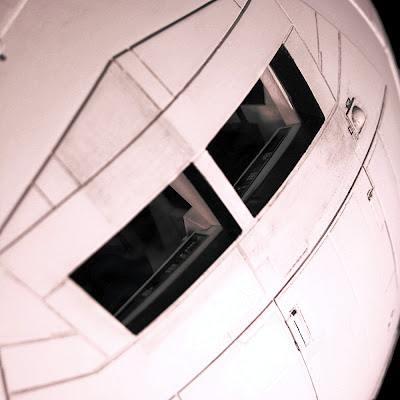 Interior detail kit
The assembled kit looks extremely convincing, and not surprisingly benefits from the careful weathering shown in the photos. The interior kit, which shows off the circular seating arrangement well, is a pleasing additional possibility, though it might be worth assembling it separately, so you get a chance to see the detail properly. 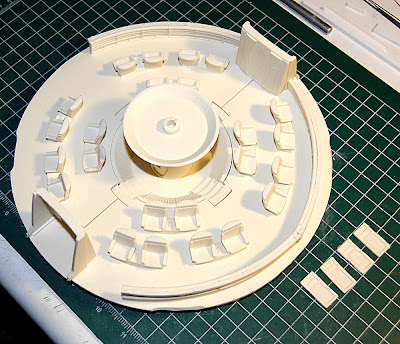 Finished off with some passengers and a miniature version of the space stewardess seen in the movie (below), it would make a fine display piece next to the main Aries model. 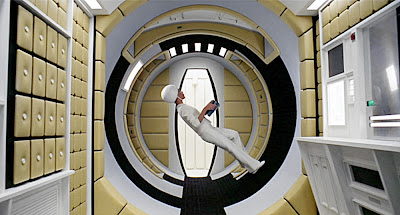 In the maker's words, “AJAMODELS has made these available through intensive research, patience, and the passion to create.” You can't say better than that...

Summation
Expensive but unique kits - well worth a look for the serious 2001: A Space Odyssey model maker. Look out for future releases, including one of the orbiting Hilton hotel space-wheel .