DOWN IN THE UBER-COOL LEGO BAT CAVE... 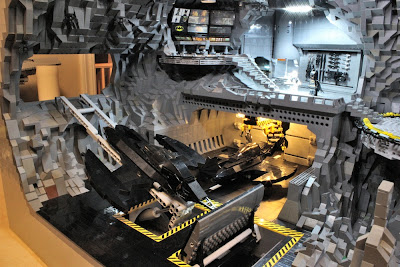 SMN REPORT
The LEGO name derives from the Danish words leg godt, meaning ‘play well’, which is an apt title, but in the 63 years since manufacturing started, LEGO has far outgrown its ‘kids-only’ beginnings. Here we have an amazing 20,000-brick Bat Cave, built by adult enthusiasts, Wayne Hussey and Carlyle Livingstone. 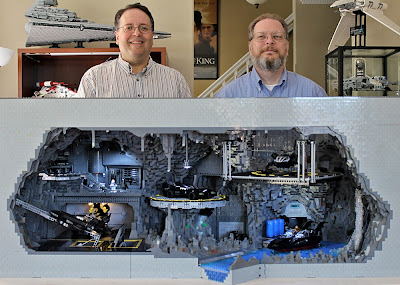 As Carlyle (left in the pic, Wayne on the right) puts it, “The works of dedicated Lego builders never fail to amaze. I'm a former professional model maker/visual effects artist, turned iPhone app developer. I still like to build stuff and LEGO lets me get out my creativity without the dust and fumes of traditional model making.

“My company is Lifeform Entertainment. We blend the visual power of video games and the play-anywhere, social edge of mobile Apps with all the fun cool stuff you would normally do with miniatures, dice, cards, and yes LEGO.” 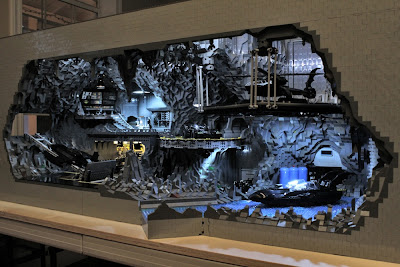 Carlyle’s outfit looks very interesting indeed, especially if you’re up for some App development. Have a look here.

Carlyle goes on, “Wayne is the driving force behind BrickCon and I make mobile apps but I used to make models for films and other purposes.” BrickCon is a fascination all by itself, a four-day annual convention for grown-up brick-builders, known as Adult Fans of LEGO (AFoL) or Adult LEGO Hobbyists (ALH). This is 10th year of the convention, which was which was held this year in Seattle, on October 4-7. You can read all about BrickCon here. 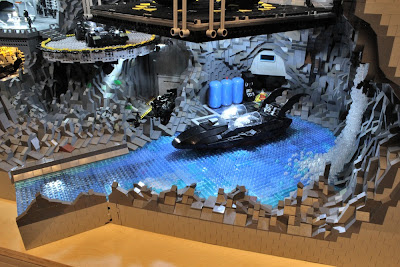 As for the Bat Cave LEGO model, it was first displayed at Emerald City ComiCon in March, 2012, going on to display at Jet City Comic Show, then at BrickCon 2012. The stats on the Bat Cave are pretty cool: