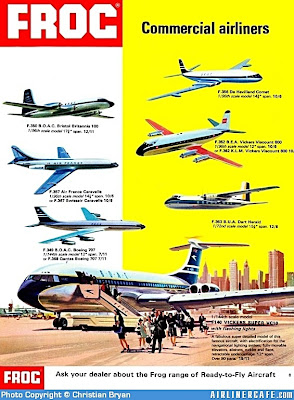 Talking of airliner models, this delightful old ad for Frog airliners turned up recently. For some reason I thought all Frog airliners were made to the same 1:96 scale - but no, there's variety there, though nowhere near the profusion of fit-the-box scales (more like non-scales) that were popular at the time with makers such as Revell, Lindberg and others. 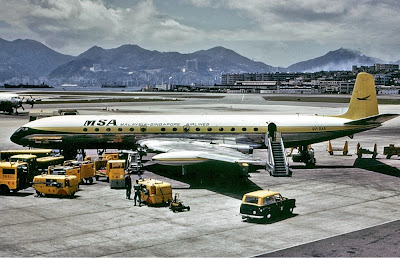 The subjects in the Frog ad are all European designs, except for the Boeing 707. Maybe it's time for an enterprising manufacturer to revisit the past with standard-scale kits of aviation classics such as the Sud Aviation Caravelle, or the Vickers Viscount. Detailed up to present-day standards, with interiors and maybe even some airport ground equipment, they could be a popular choice - as for me, I'd just luurve a Comet IV with a transparent fuselage side, fully detailed engines and interior, plus a flight deck (below) including the navigator's station (bottom). 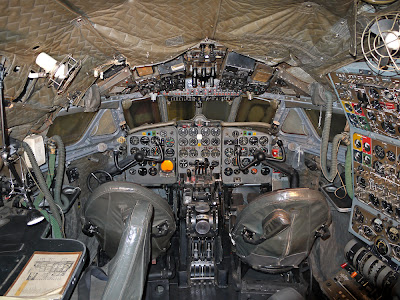 Such extras (oh go on then, let's have lighting too!) would turn a mere airliner model into a diorama classic, ready for display on the top shelf. As for scale, well, I've never been a fan of the 'half-way house' 1:144 favoured by the likes of Airfix, so let's have that Comet to 1:72 scale please, and of course complemented by a bevy of miniature air hostesses. 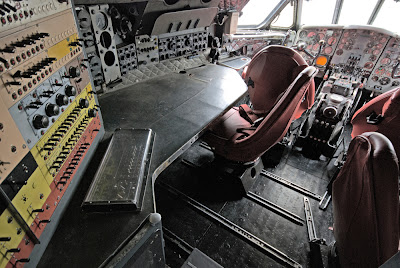