Sad to say, the pretty little 1:72 scale de Havilland Heron airliner depicted on this old Airfix box-top wasn't at the 2012 Jersey Air Show, either in model form or the real thing. But there were plenty of elderly aircraft flying at the display held a couple of weeks ago.

Here are some of the interesting aircraft on display, on the ground and in the air. The annual event must make an interesting change for the air traffic controllers, as display and regular traffic use the same runway, under watchful eyes in the gleaming new control tower. The tower painted on the old Airfix box-top is now consigned to the past. 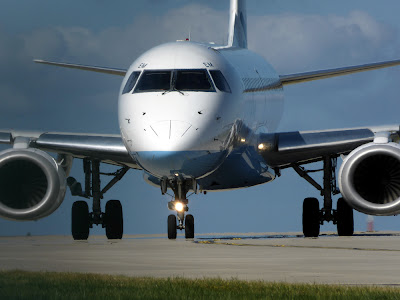 Airliners sharing runway space with the display aircraft included types from Embraer (above) and Airbus (below). 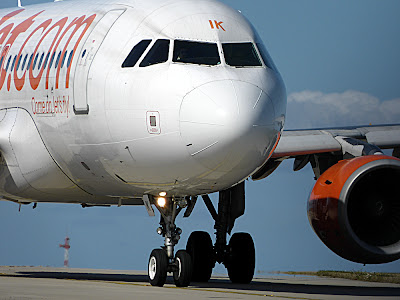 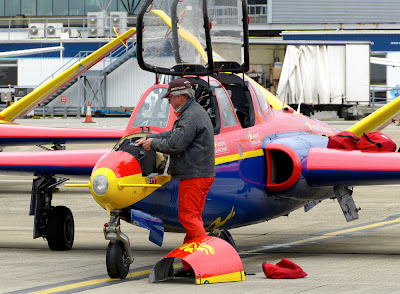 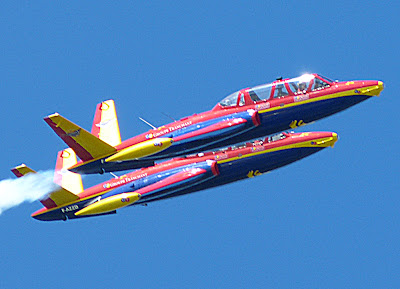 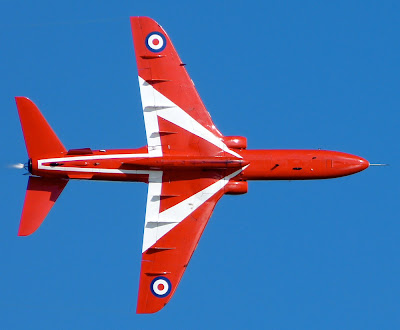 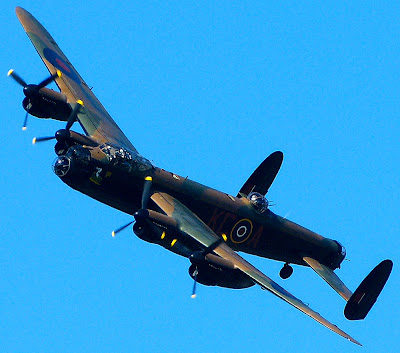 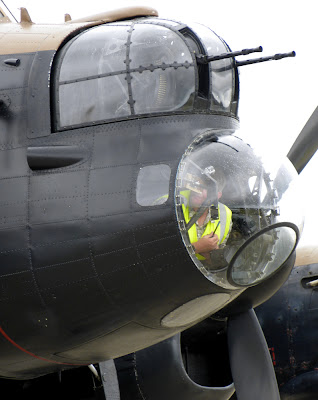 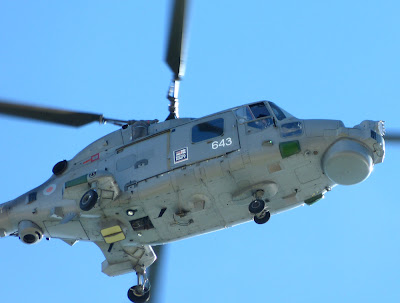 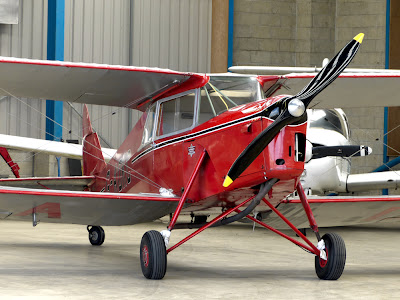 Another de Havilland design, this Hornet Moth dates from the 1930s 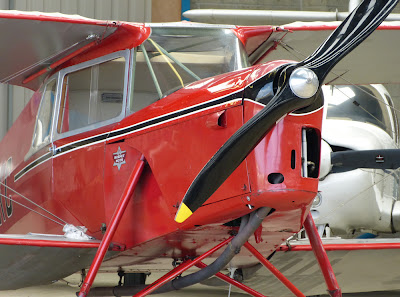 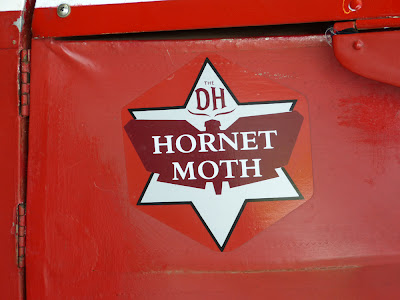 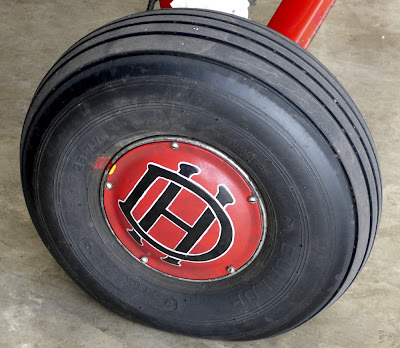 Superlative Spitfire, a late model from the last days of World War II. 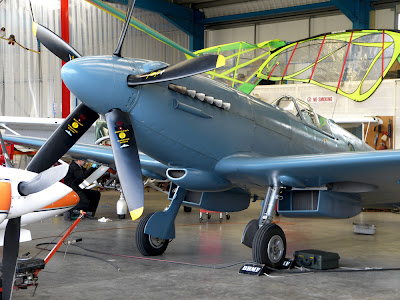 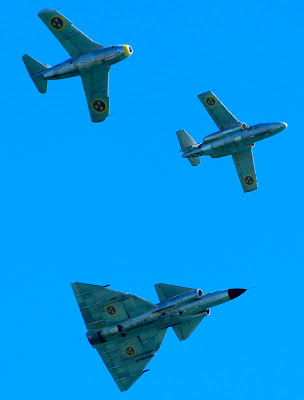 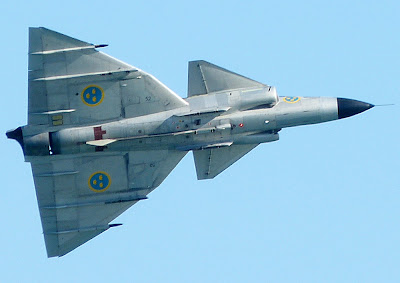 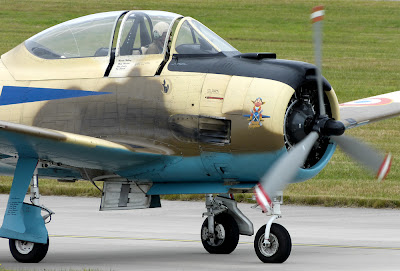 Ex-French service North American T-28 two-seater, and (below) our Socata four-seater in which we flew to and from Jersey. Guess who's waving in the back! 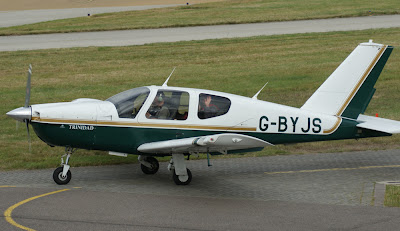 Take a look at the Guernsey Model Show we saw on a previous trip to the Channel Islands.

* Thanks to photographer Steve Pomroy, who kindly took the TB-20's portrait from the Jersey Aero Club as we were preparing to leave the island.