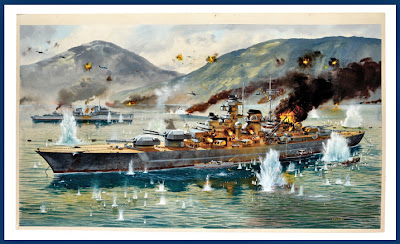 DAVID JEFFERIS REPORTS
On November 6, Vectis Auctions, the world's largest toy auction house, will hold an auction featuring an impressive collection of Airfix kits. And that’s not all, for the sale includes the magnificent Roy Cross box art ‘Bomb the Tirpitz’ shown here, reckoned to be in with a chance to fetch between £9500-£15,000 GBP ($15-24,000 USD).

The painting shows an attack by British Fairey Barracuda dive bombers on the German pocket battleship Tirpitz, in 1944. The artwork is close to my heart, as many years ago I had possession of it for a while as reference for a book I was working on. Like a good boy, I returned it safe and sound, but would have loved to have framed it for the wall! My advice to anyone who’s interested is this - whatever you pay, it’s worth the money for a gorgeous piece of art, signed by master artist Roy Cross.

Vectis has this to say
“Airfix Original Artwork, comprising: Gouache Painting for the box top of the 1968 release: 1/600th Scale German Battleship Tirpitz by Airfix Master Marine Artist Roy Cross. The image measures 27" x 15" (the largest Roy Cross Artwork ever sold by Vectis) on Artist’s Fine Surface Art Board and depicts the Tirpitz under attack on April 3, 1944 (Operation Tungsten) by Carrier Launched Barracuda Aircraft of the Fleet Air Arm. Presented as a leaving gift to a member of the Airfix Art Department it has been kept in a secure art folder since, the image therefore is as bright and vibrant as the day it was finished. Acknowledged by Cross himself to be one of his finest works commissioned by Airfix. An Iconic image in Mint condition. Superb.” 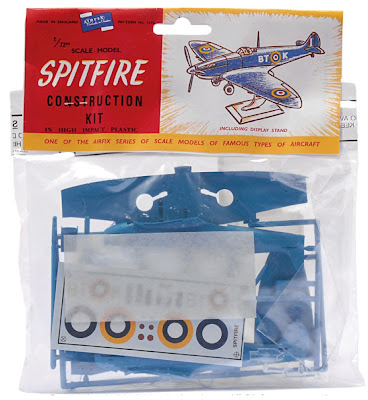 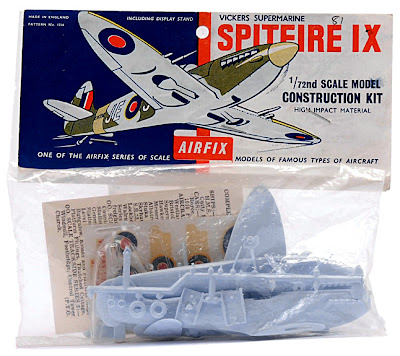 Big bomber - my Christmas fave
The Avro Lancaster was the first really big Airfix kit, and I recall as a boy being given one for Christmas. What my parents didn’t know was that I spotted the box on top of a cupboard a week beforehand, and sneaked up for a few minutes a day to drool over the biggest model aircraft I’d ever seen. After Xmas Pud was gobbled down on the Big Day, it was poly cement and construction time for me.

Summation
Fantastic stuff on offer at this Vectis sale, and a chance for the avid collector to gain a piece of Airfix history. The items we’ve shown here are just a few of the 60-plus lots on offer. You don’t even have to be at the sale either, as it’s all available online. Brilliant!