MAKE SURE YOUR COMBAT BIRDS CAN FLY WITH THIS 1:72 SCALE MODERN PILOTS SET 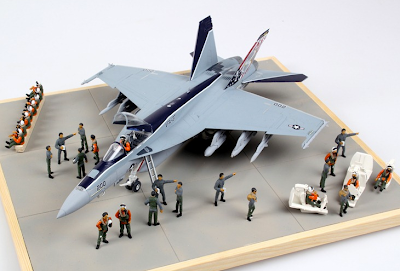 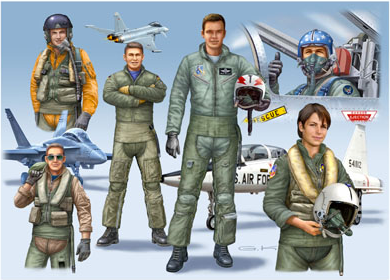 What’s in the box?
The combat pilots are a pretty fair representation of virtually any G-suited Top Gun-style fighter jock belonging to today’s front-line air arms. You get a good selection in the colourful box, with a total of 28 figures, though the kit contains 65 components. This is to allow poseable options, especially useful for cockpit action - you might like to feature a raised canopy, for example, the pilot with raised thumb indicating readiness for flight. 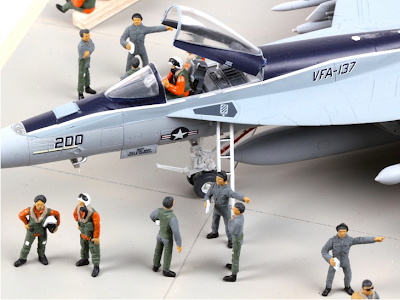 About NATO pilots
Combat pilots are specially trained for the severe conditions encountered when flying powerful military aircraft, being subject to much higher G-forces than when aboard civil aircraft. To protect them against loss of blood to the head caused by combat manoeuvres - up to 9G is fairly typical - pilots wear pressure suits, to help fight GLOC (G-induced loss of consciousness). 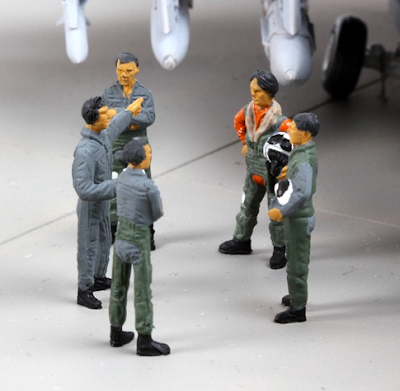 Paint job
The special clothing is modelled pretty well in these Revell figures, though as you can see from the pix, it takes a highly skilled paint job to make them look reasonably lifelike. On faces, we score Revell’s paint team a lowly 6/10, so there’s definitely room for improvement if you have a fine brush, a magnifying glass, and a LOT of patience! 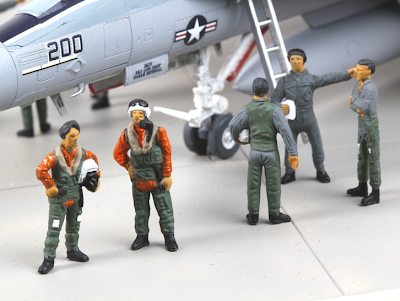 Summation
A useful little set, this 28-strong 1:72 scale figure set will look reasonably convincing, if the individual pilots are painted with careful attention to detail. Used in dioramas, they will certainly add a sense of scale and help provide a usefully lifelike quality to a presentation. 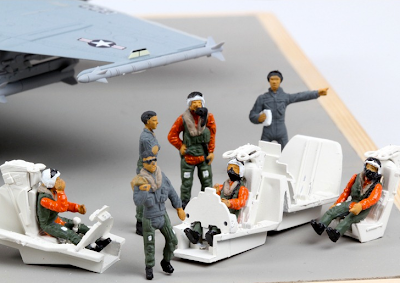