TIME TO MUSE MORE WITH AOSHIMA VARIATIONS ON THE HAYABUSA MUSES-C SPACE PROBE TO 1:32 SCALE 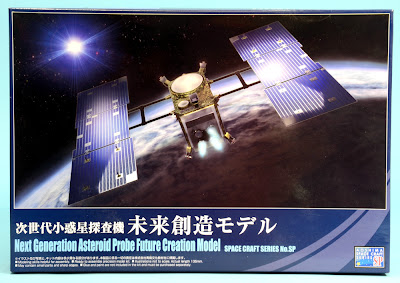 
The first kit adaptation came as the Next Generation Asteroid Probe Future Creation Model (pictured top) a title that may roll off the tongue better when spoken in Japanese! The NGAPFCM is a future mission concept that uses the Hayabusa bus (‘bus’ being the general name given to the main body of a satellite or space probe), and the kit is more or less identical, the only real difference being that it lacks Hayabusa’s large high-gain antenna.

New parts
The original Hayabusa kit has some 40 parts, moulded in light grey, as shown in our previous article. The NGAPFCM has a new runner with just three new components, two of these being for the new stand. Size is around 200 mm (8 in) across the solar panel ’wings’. 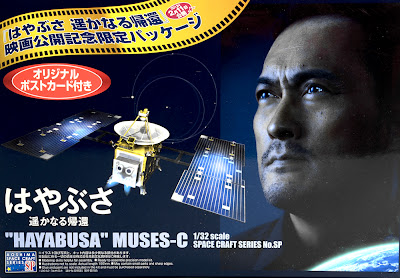 Hayabusa movie
There’s also a third variation (above) from Aoshima, this time with a movie connection. It is basically the same as the first-issue Hayabusa, but the box also features a large image of the Japanese actor, Ken Watanabe. He is best known to English-speaking audiences from appearances in such movies as Inception, Letters from Iwo Jima and Batman Begins. Here however, he stars as the lead scientist in the release Hayabusa: The Long Voyage Home, released earlier this year.

Long voyage home
The movie is a dramatization of the Hayabusa mission, following the seven-year flight of the probe to the distant asteroid 25143 Itokawa, and its sample-return trip back to Earth. Japan is rightfully proud of the probe, and the mission has spawned at least three Japanese films: one documentary and two features. However, the only real kit-movie connection is the box design, plus a postcard slipped inside!

SMN Note
If you like LEGO, here are pictures and instructions on how to build a blocky-look Hayabusa. 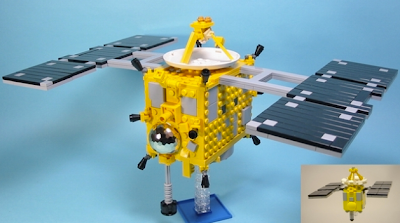 Aoshima Hayabusa Muses-C available here, as well as heaps of other Aoshima stuff including (drool) a rather pricey but fascinating diecast Zero-X spacecraft, as seen in Gerry Anderson’s Thunderbirds and Captain Scarlet and the Mysterons. 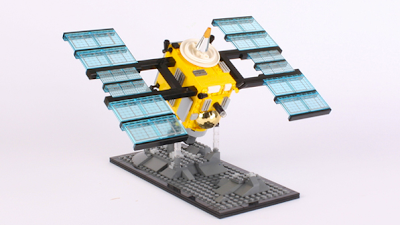 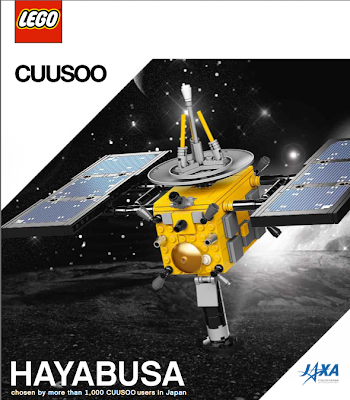