REVELL MINI COOPER Mk I - NEW TAKE ON THE CLASSIC CAR IN 1:24 SCALE 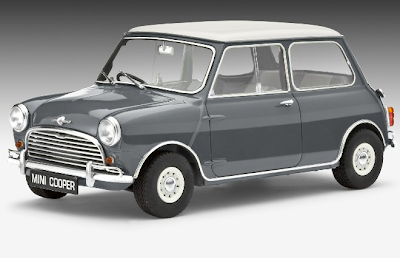 Fans of classic British cars will love this Mini Cooper Mk I from Revell, a neatly produced 126-part kit. 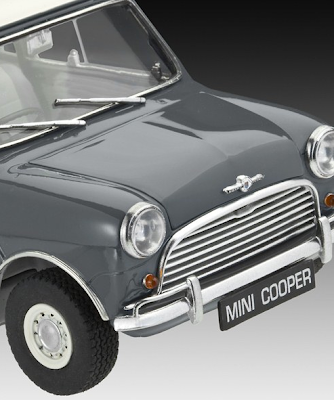 The Mini didn’t earn its name without a reason, and its tiny proportions are reflected in the bijou dimensions of this kit - when assembled, the Revell Mini Cooper Mk I measures just 127 mm (5 in) from bumper to bumper. 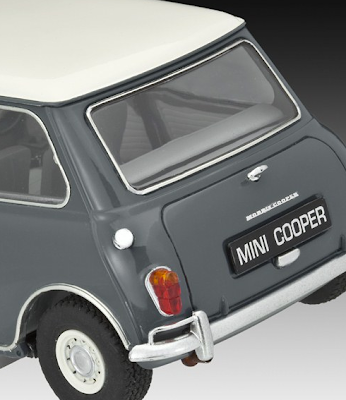 It may be small, but Revell’s kit is nicely formed, with detailed features that include: 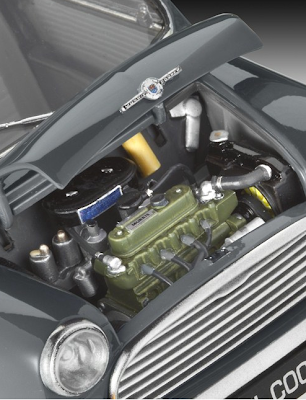 About the real thing
In 1956, Greek-British designer Alec Issigonis was commissioned to develop a minimum-size car, with room for a family of four, with their luggage. He used a transverse front engine with the gearbox located underneath, a revolutionary space-saving concept, which meant that, together with its efficient boxy shape, the Mini packed an awful lot into a tiny space. 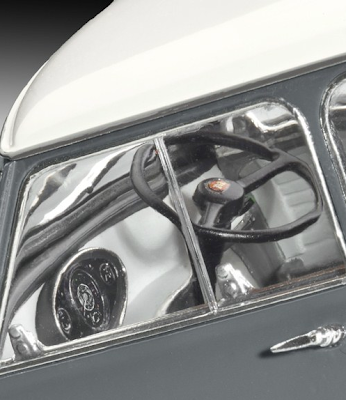 Thousands built
The standard car was hugely successful, and this sports version was developed with racer and engine-tuner, John Cooper. In all, some 83,000 Mk 1s were built. 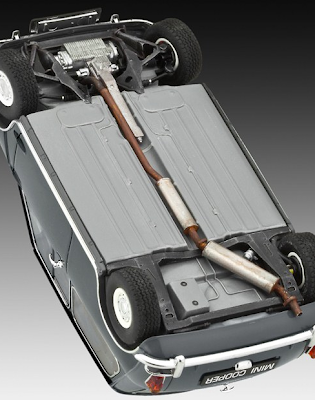 Summation
A neat kit of a British classic, and an essential purchase for the 1:24 scale model fan with a thing for Minis; even more so for comparison purposes if you have one or models of the current BMW Mini. It’s a different beast of course, but the look and flavour echo much of the original’s unique style.

The Revell 1:24 scale Mini Cooper Mk I should be available shortly. Meatime, assorted Minis are available here or via the SMN Store.

Not forgetting...
The Tamiya Mini Cooper to the same scale. It's an oldie but goldie, assembling to make very nice model of the later, 1275 cc version. 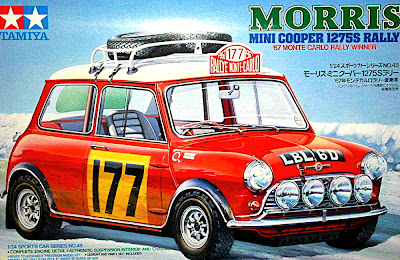