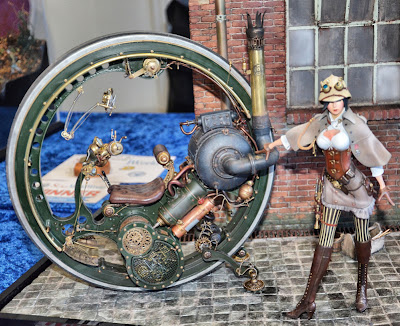 MAT IRVINE REPORTS
The competition at Scale ModelWorld 2012 was split into a number of classes depending on subject, scale, and construction type. This has led to approaching 100 different classes, sometimes leading to some confusion as to which class to enter your creation.


However, when it comes down to it, there are only seven overall categories - aircraft, military, civilian vehicles, ships, dioramas, figures and space/SF/fantasy, plus an overall junior entry. 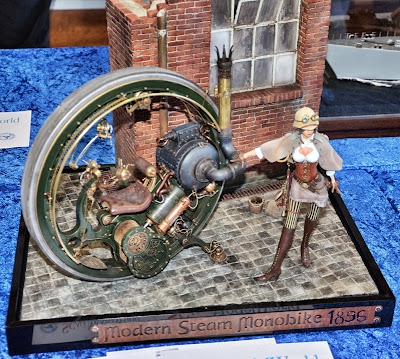 Best in show
Once the main judging is done, each section head chooses one model of all their classes and puts it forward as a potential ‘Best in Show’. Consequently you end up with just one aircraft, one vehicle, one ship, one diorama… Well, you get the general idea.

To date, the Best in Show has always gone to an aircraft, ship or military model, and no space/SF/fantasy model has taken top spot - until this year. 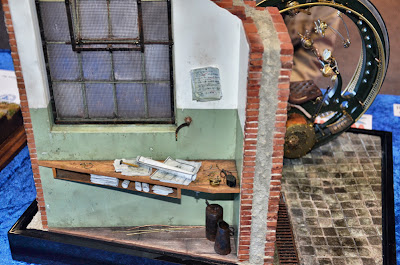 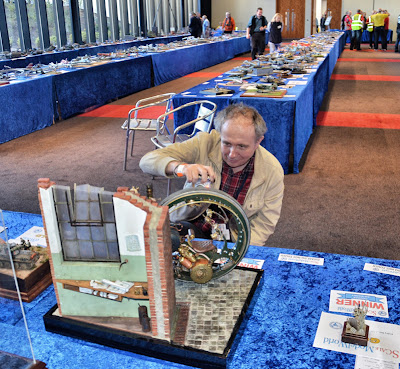 Plans behind
Detail is all at this level, and even the back of Steam Monobike showed a neat line in finish, with a set of rolled-up plans featured on two shelves. Above, well-known French modeller-maker and author, Jean Christophe ‘JC’ Carbonel, photographs the model for his French-language website.

The other Best in Show contenders were:
* Dioramas: ‘Blissful Ignorance’, by Andrew Argent. 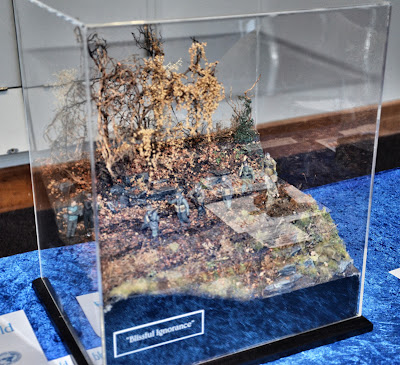 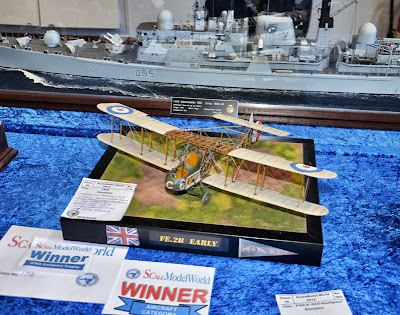 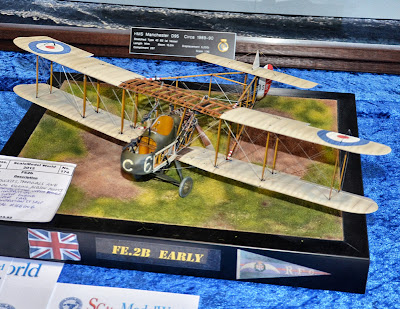 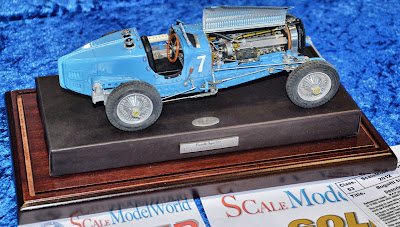 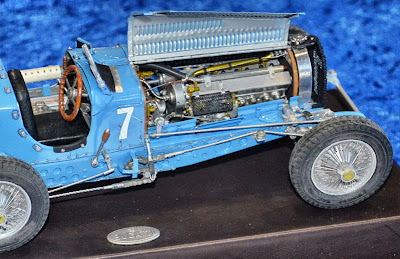 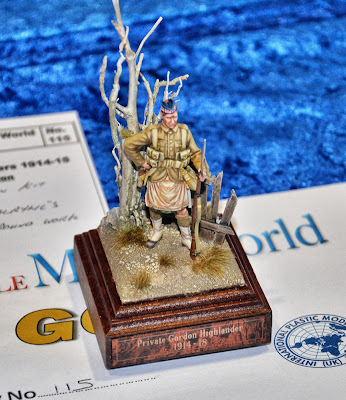 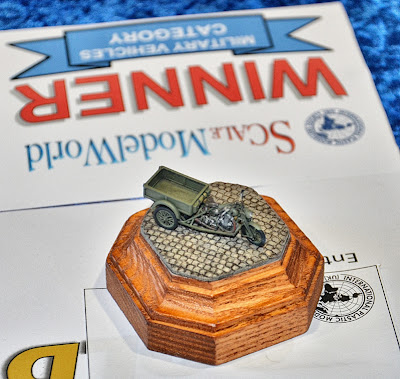 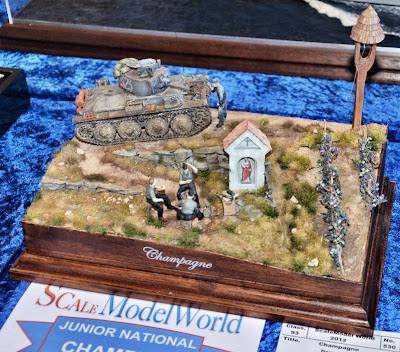 And here's Stefano Marchetti's blue-clad Gulf lady - and very nice she is, too. 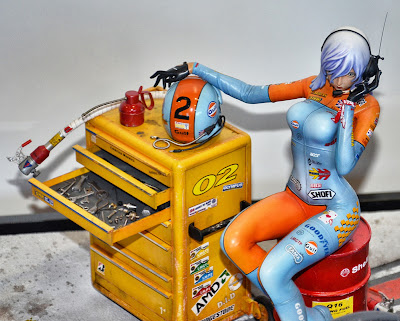