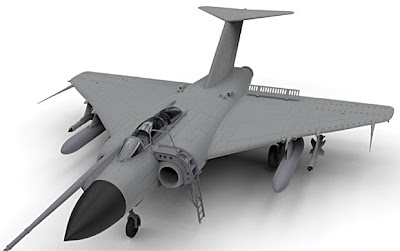 Airfix is going to be busy in 2013, with a spectacular release list that's guaranteed to keep model builders occupied throughout the year. Here's a taster of the more interesting stuff coming our way, highlights from the upcoming Airfix release list.

1:24 scale
The North American P-51K Mustang makes an interesting choice. The original was differentiated from the famed 'D' mainly by the propeller, which was made by Aeroproducts, instead of Hamilton Standard. Some canopies also differed slightly, though this was more likely due to production variations, rather than a planned redesign. 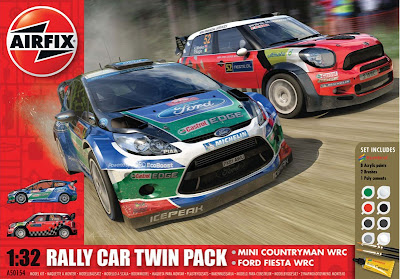 1:32 scale
Two Airfix rally cars are now presented together, and very good they look too. State of the art racing machines feature in the form of a Ford Fiesta WRC and a Mini Countryman WRC. The single-car kits are very good indeed (and are especially well presented) so the Twin-Pack makes a good way to buy the two at once. Paints, brushes and cement are included. 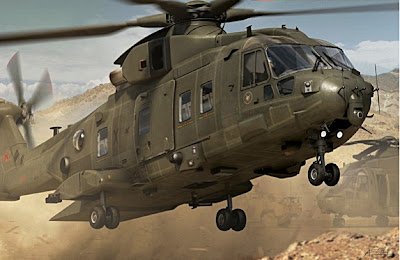 1:48 scale
This is a big Airfix growth area, and I've nicknamed these kits 'the droolmakers' as they are so desirable. 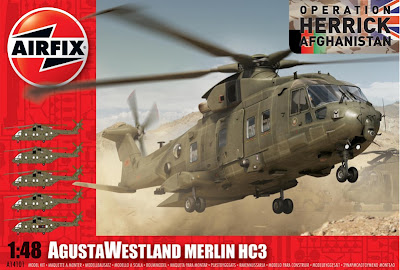 The Merlin HC3 looks a good kit of this hefty three-engined machine that regularly growls across the sky near SMN Towers. The competition to supply US Presidential machines has just been reopened, so if this helo wins again, maybe it'll feature as a variation from Airfix a year or two down the line. 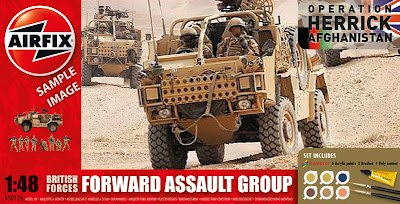 The Operation Herrick Forward Assault Group looks to be an essential for anyone who models to this scale, especially as, apart from the four-wheel AFV, you also get eight neatly sculpted British Forces figures. Oh, and this is supplied as a presentation pack, so the box includes half a dozen pots of acrylic paint, two paintbrushes and a tube of cement.

The Gloster Javelin should make a fine model of this Cold War interceptor, with the long refuelling boom, access ladder and air brakes providing icing on the cake. A must-have for anyone who grew up in this era, or who might have been an Air Cadet who came into close contact with them, like me... but that's another story!

Yet more modern soldiery with the Quad Bikes and Crew set. When assembled, these workhorse quads will be on the small side, but that's fine - they'll add excellent background interest for any combat diorama to this scale. 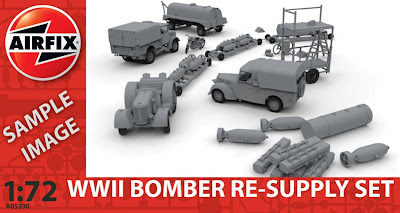 1:72 scale
Here's another background group, in the form of a World War II Bomber Resupply Set. A range of hardware is included in this interesting offering, including a wheeled high-level work gantry, wheel chocks, folding ladder, even an RAF-issue bicycle. 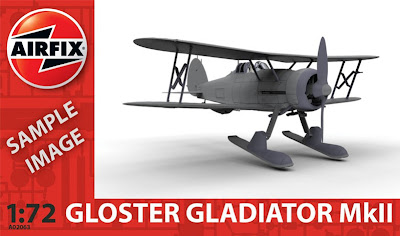 Last but definitely not least in this group is the Gloster Gladiator Mk II, complete with ski landing gear. Used especially by Finnish pilots against Soviet attackers, skis make an interesting variation on the Gladiator theme, though there are plenty to choose from, as this biplane was used in various forms by some 19 air arms. Note in the cgi pic above: the 'X' shapes joining the interplane struts are part of the moulding tree, and not some unusually hefty design addition by the draughtsmen at Gloster!