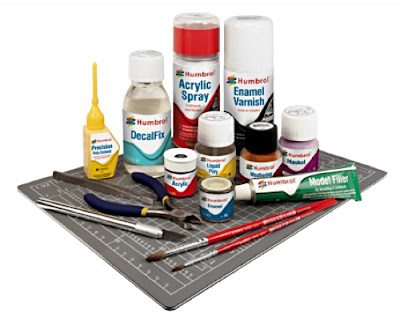 SMN REPORT
The Hornby company’s model paint brand, Humbrol, known for its familiar enamel paint tinlets, has shifted some two-thirds of production back to Britain, around ten years after such operations went to China.

US-UK story
It’s an interesting story of swings and roundabouts on the world economic stage, echoed by similar events in the US, where computer maker Apple is planning to return some production to home shores.

Paying more
Hornby’s chief exec, Frank Martin, said that rising Chinese labour costs were responsible. They have gone up 300 percent in the last seven years, and show signs of doubling again by the early 2020s.

Rustins in the frame
According to Martin, “If you include the expense of freight then the cost differences become negligible.” In London, Humbrol enamels and finishing products are now made by Rustins, a family business established back in 1924 that offered Hornby a winning combo of price, quality and speed.

Into the future
Still, most things haven’t yet returned to Britain - adhesives are manufactured in India, and kits are still made in China. But the door to European production has opened a crack, and if prices continue to go up in China, then perhaps even Airfix kits themselves will once again be made in Britain.