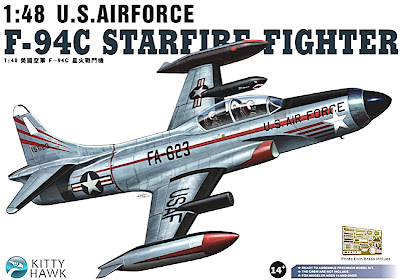 SMN REPORT
Kitty Hawk is a newish model company, with a limited range of kits on sale. The company motto states, ‘the finest military miniatures’, so our question is, do Kitty Hawk kits match up to that promise? 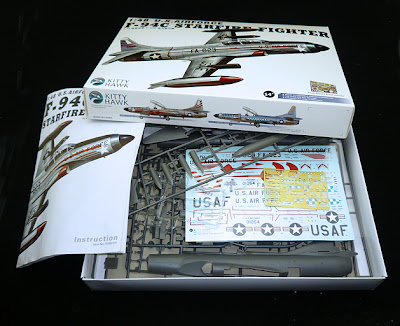 We looked at the first kit that Kitty Hawk produced, a 1:48 scale Lockheed F-94C Starfire to see what it was like. 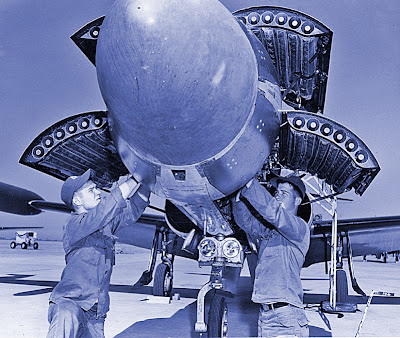 Rocket defender
First of all, the choice of subject is interestingly unusual, and as lovers of early jets, we found the Starfire to be a draw, its design featuring a Pinocchio-style nose radome and a gun-less weapon system consisting of multiple Mighty Mouse folding-fin rockets, fired from pop-out launch tubes (above).

Fire all!
These rockets were widely used on NATO interceptors of the time, though it was just as well they weren’t needed in an East-West shooting war, for they were hardly leading-edge where accuracy was concerned. Firing a two-dozen volley of not-so-Mighty Mice was somewhat akin to pulling the trigger of an old-fashioned blunderbuss loaded with nails - they spread out after launch and in a few seconds could cover an area the size of a football field. 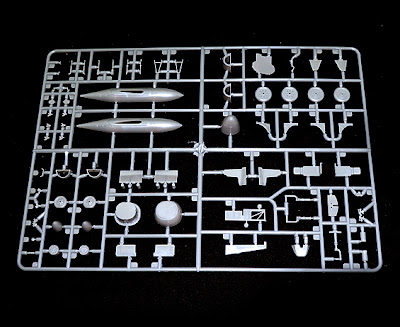 New vs old kits
Back to Kitty Hawk, and the kit: what’s it like? Opening the box reveals a wealth of parts, all neatly packed and cleanly moulded, and the 1:48 scale means the two-seater is a decent size, too. Plus of course, previous F-94C kits have not been exactly excellent - the early Revell kit was fit-the-box scale, the 1:48 scale Lindberg kit had an inaccurately blunt radome, while the Collect-Air kit was much better, but being resin, was best suited for fairly advanced modellers. So this Kitty Hawk model sits for the time being in a field of one. 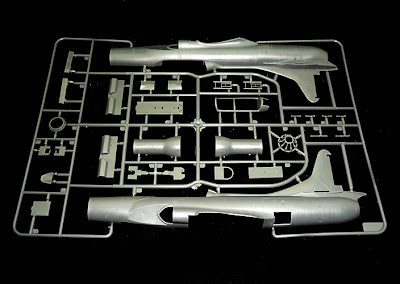 Model Club comments
As for putting the kit together, we probably cannot put it more succinctly than the UK’s West Middlesex Scale Model Club, which says: “...a very good build with lots of fine detail” and: “The decals used are the supplied ones, which are excellent.” Praise indeed, though it’s worth pointing out that the decals are very thin, so you need to take extra care when applying them. 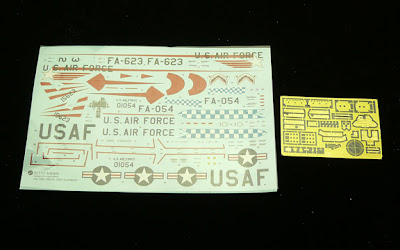 Summation
So, to answer the original question, is this kit the finest? Well it's certainly the best F-94C out there, though there's no real competition. Judged against its peers, the Kitty Hawk F-94C still stacks up well, assembling into a very good 1:48 scale model of a Cold War interceptor jet. We’re now looking forward to getting to building Kitty Hawk’s Lockheed Martin F-35B to the same scale.

Picture of the built-up Kitty Hawk F-94C, courtesy the West Middlesex Scale Model Club. Do visit, as there are plenty of beautifully-built models on display there.

Visit Kitty Hawk's website here, though there's not too much to see. The company seems concerned with developing kits, rather than letting the world know about them. 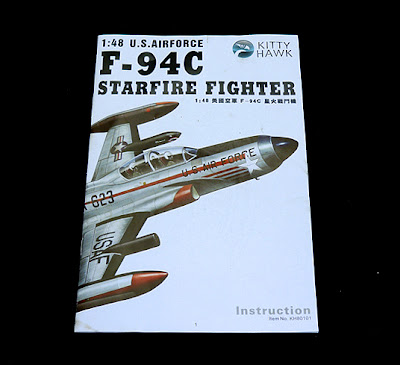 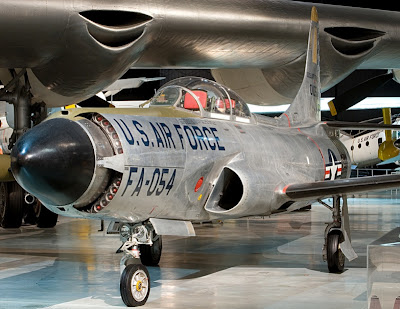