REVELL THROWS IN A KIT OF LEONARDO’S BALLISTA WAR WEAPON 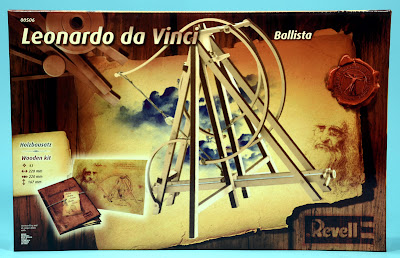 FIRST LOOK FROM MAT IRVINE
Here’s one more of Revell Germany’s intriguing kit series featuring the inventions of Leonardo da Vinci. This one is the ballista, a potent and deadly version of the catapult.


As in other kits in the series, you get a selection of pre-cut wood parts, and an assortment of other contemporary materials, in this case rope (well, ‘string’) and a threaded metal rod, used to get your ballista primed and ready to fling its rock load at the enemy. 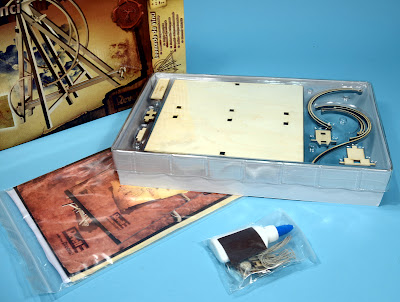 Backup materials
There are 41 parts to the kit, and Revell also includes a similar set of associated materials, as featured in other da Vinci kits - there are detailed instructions and a booklet explaining Leonardo’s thinking behind the project. In the picture (above) small parts are contained in the bag at the front, along with a bottle of PVA wood glue. The main components (below) are neatly presented. You also get a frameable parchment-style print with Leonardo’s image and his original design. 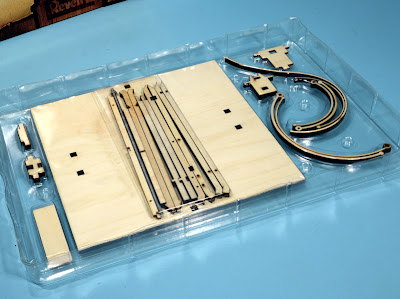 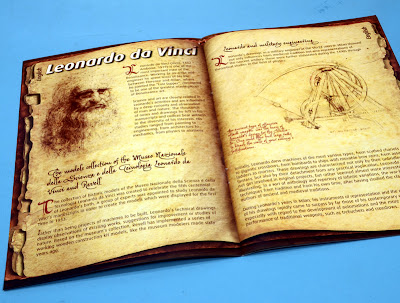 Improve and develop
As with many of Leonardo’s devices, he did not invent them completely from scratch, instead taking existing devices and improving on them. The trebuchet (a bucket on the end of a pivoting arm) was already used in da Vinci’s era, but had range limitations. Leonardo’s ropes and wood under tension greatly improved on this. You can see the complex construction shown in the picture set (below) printed on the kit box side.

Ammo supplied
And just to confirm - you need to be able to fling a rock - and such a ‘rock’ is provided by Revell!