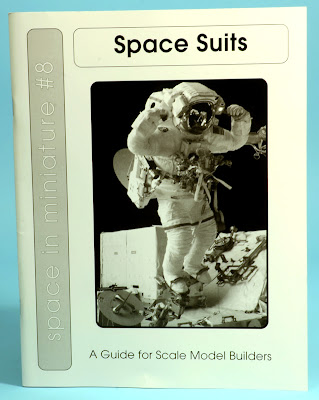 MAT IRVINE REPORTS
Here’s the latest in the series of ‘Space in Miniature’ black and white books from Mike Mackowski. This eighth in the series concentrates on that basic necessity for working in space, the space suit.

US suits only
SIM 8’s opening editorial states that although the original intention was to feature all type of space suits, it soon became apparent that to try and include Soviet/Russian and Chinese suits as well as US designs was too much for a single title - and of course, there might be a further book down the line. 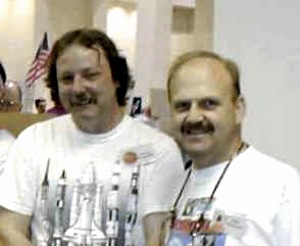 The book is written mostly by Karl Dodenhoff (left above) with editing by Mike Mackowski (right). Karl is an acknowledged expert on space suits in general and more details can be found on his website. 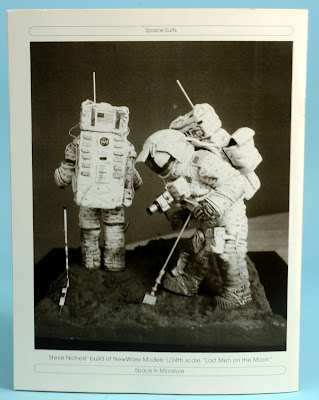 Aimed at model builders
SIM 8 is intended primarily for modellers, so general coverage is on space suits that have been available in kit form, whether in mainstream styrene or more specialist resin. Actually, there have been models of most suits over the years, so coverage is pretty comprehensive.

Tracking the history of space suit design
Consequently SIM 8 has details of the suits devised for all US manned projects, from Mercury to Apollo, plus Skylab and into the Space Shuttle era. The last though, is on ‘specialist space suits’ and not the more general blue jump-suits that were used extensively on board the Shuttle and currently inside the ISS.

Abandoned space suit
So you start with thorough details of the original Mercury space suit, itself adapted from a US Navy high-altitude pressure suit.  Then the move to Gemini, where the suits were new designs, made to allow for the first EVAs. The first Apollo suits were actually modified Gemini designs, but these never flew, and were abandoned after the Apollo 1 fire. Instead, a new suit was devised and used through Apollo, Skylab and Apollo-Soyuz. 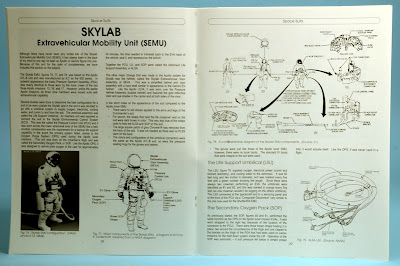 Support system details
And it is not just space suits that are included in SIM 8. Associated equipment, such as the Gemini Extravehicular Life Support System (ELSS) - the pack carried on astronauts’ chests - is detailed, as is the first Manned Manoeuvring Unit (MMU) devised. This was the AMU, intended for Gemini, but never used for that project.

Bandai kit link
The MMU is detailed well, as is the most recent version, the Simplified Aid for EVA Rescue (SAFER). This latter is currently available as part of the Bandai ISS Extravehicular Mobility Unit kit, reviewed in SMN here. 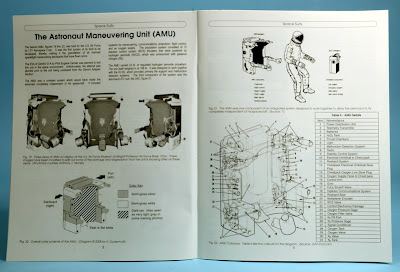 Summation
Spacecraft in Miniature 8 - Space Suits is intended specifically for modellers to build detailed creations, but anyone with an interest in space technology and history will find it interesting. Thanks to Mike for the review copy.

Copies of the book are available here. The website has extra photographs that could not be included, and colour originals, backing up the black and whites in the book.
Email ThisBlogThis!Share to TwitterShare to FacebookShare to Pinterest
Labels: Apollo, Bandai MMU, Gemini, Karl Dodenhoff, Mercury, Mike Mackowski, SIM 8, Soyuz, Space Shuttle, space suit
Newer Post Older Post Home