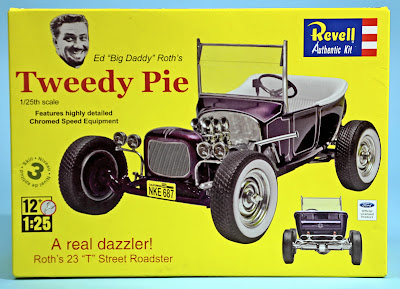 
When car customizer Ed Roth’s name is mentioned, it usually conjures up wild creations, such as the Mysterion, Road Agent or Surfite, but Roth also built other types of hot rod along with the best of them. Revell has issued most Roth creations as kits, including Tweedy Pie. However, there is a difference - the others were created by Roth and mostly built from the chassis up, but Tweedy Pie wasn’t actually a Roth creation. 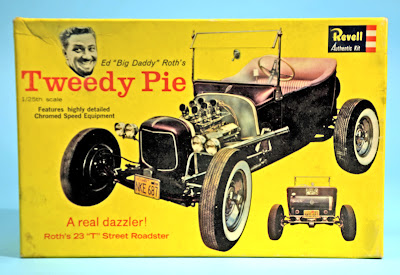 Boxes old and new
Original Tweedy Pie box. At first glance, the latest one looks like a near-copy of the original (above) but the original has an image of the real car, this time the box features a model. 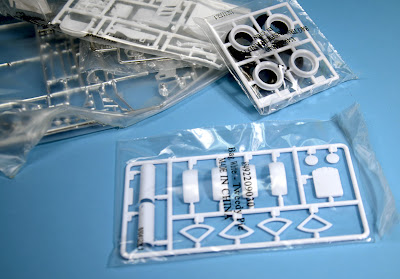 New components
New parts (above) tooled to recreate the original components missing from Tweedy Pie. Groups of components for the kit are neatly bagged in groups, which keeps them pristine in the box.

Twin headlamps
Ed did have a previous connection as he had pinstriped the car when it was new, but it didn’t come into Roth’s possession until he gave Bob Johnson “an offer he couldn’t refuse...” The rod originally had a flathead mill (side-valve V8 if you prefer) and single headlamps, but at the time of sale, Johnson was in the process of refitting it with a Corvette engine. Ed completed this, and also changed the single headlamps to twins. 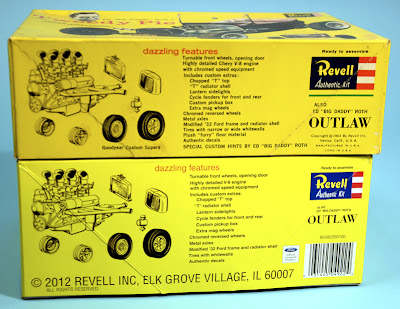 Artwork changes
Side panel for the original (top) and new boxes are very similar. The opposite side is completely different. The original ("Speed & Show Team" below) shows the customizers and drivers associated with Revell in the 1960s, all missing from the latest issue (bottom). 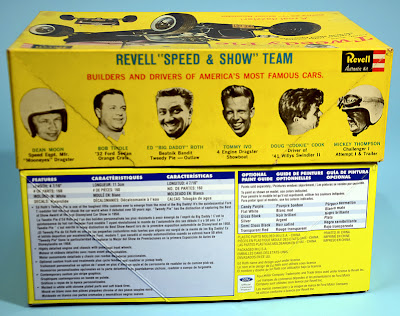 Dude sale
Roth only kept the rod for a couple of years, and in his own words (taken from the Motorbooks International ‘Hot Rods of Ed “Big Daddy” Roth’), “I sold it to some dude in Sierra Madre, California…” That transaction would have been in the mid-1960s, but the car is still around and was up for auction as late as 2010, though it didn’t reach its reserve bid. 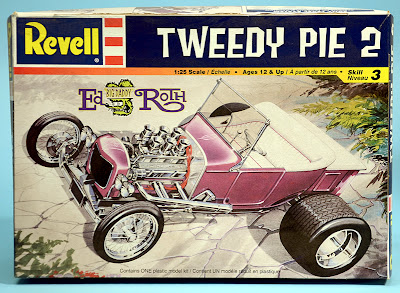 Kit story
The Tweedy Pie kit was first issued in 1963, was modified in various ways, then re-emerged in 1999 as Tweedy Pie 2. Most of the kit was still as Tweedy Pie 1, but now it featured two exhausts, two sets of wheels and tyres, a pickup bed, and single headlamps. Unfortunately the tubular fuel tank, a significant part of Tweedy Pie 1, was missing - although the instructions suggested, “why not scratch-build one.” 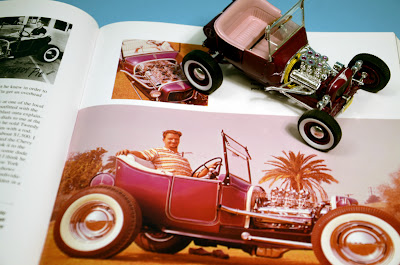 The man himself (above) as featured in the book, ‘Hot Rods of Ed “Big Daddy” Roth.’ Below, neat detailing in the Revell model's engine bay, with pinstripe decals applied on the radiator assembly. 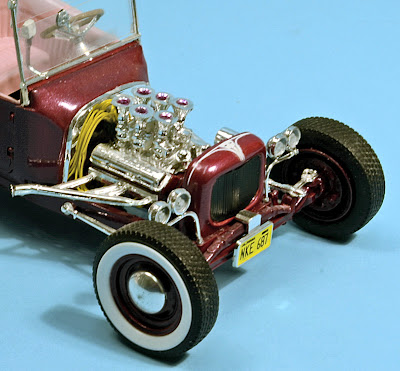 The new kit
This new Revell reissue contains pretty much everything a fan of 1960s-era hot rods needs. There are 120-plus parts, chromed components, vinyl tyres, 1:25 scale, and flash-free parts. As you can see from the pictures, the kit assembles to make an extremely good model, though it’s worth pointing out that the Ed Roth figure is not included with the kit. He features here to give a sense of scale to the model - when built, it measures some 115 mm (4.5 in) long - but you will have to buy the Revell Road Agent kit if you want the figure. 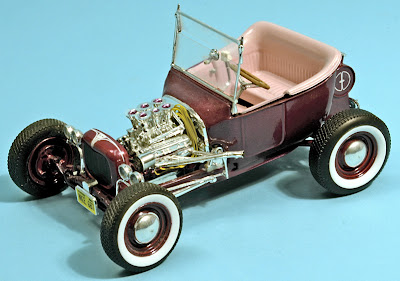 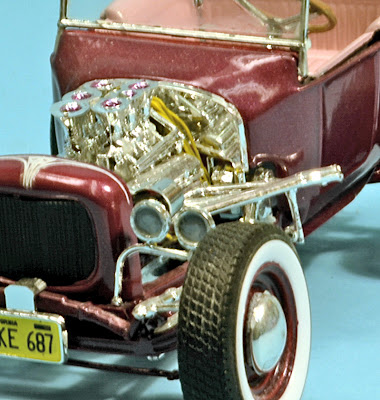 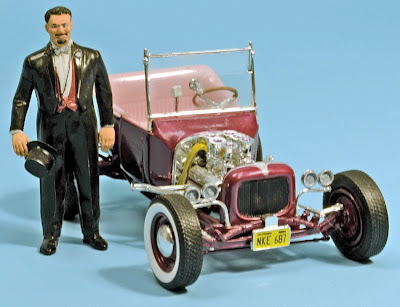 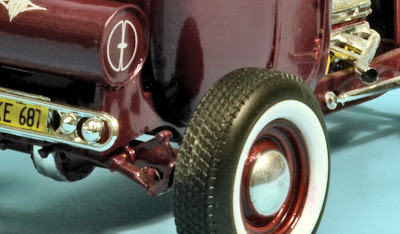 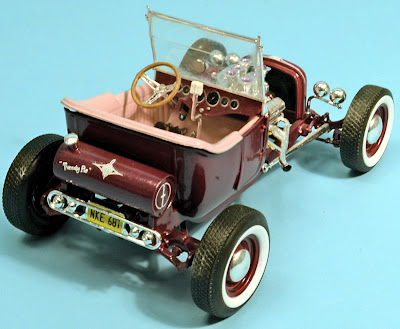 Neat and tidy detailing, inside and out. 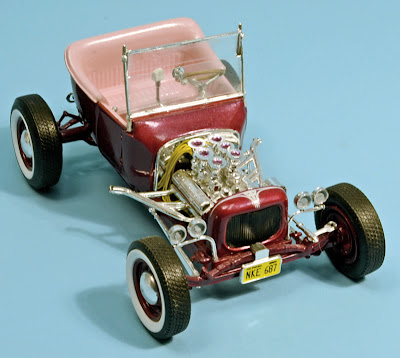