SMN REPORT
Here’s an interesting piece of transnational cooperation: Tamiya and Italeri in league to produce an operational standard V-22 Osprey with a unit marking decal set for Okinawa deployment. 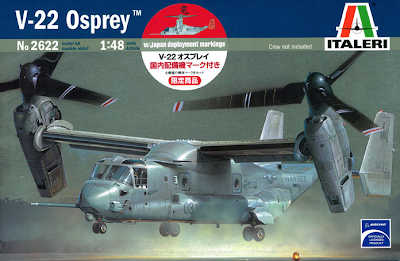 The kit itself is nicely produced, full of light external detail, and to this largish scale, there is plenty to see inside the nose transparencies. These are moulded in crystal-clear plastic, so giving maximum opportunity for producing convincing flight deck detail, as your efforts will be highly visible to the outside world.

Decal set
The decal set is neatly produced, and is something of a conversation piece, as V-22 deployment to Okinawa in the Pacific has been fraught with difficulty. Plans last year were met with local opposition that threatened to shut down the US Marine Corps Futenma Air Station. 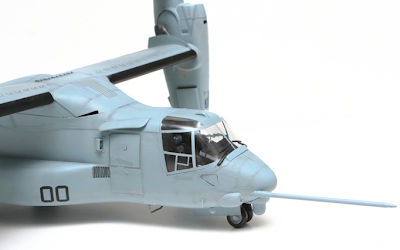 Opposition to the military
Supposedly about safety issues, opposition is more about objecting to any large presence on Okinawa island - the US military has been there since the 1945 Battle of Okinawa - so we’ll see how the story plays out.

Stowed for carrier storage
Meantime, the kit is highly satisfactory, though we’d like to see a fully-stowed option (below) with folded prop blades for the wing-engine combo. Meantime, it’s only a kit-bashing option, and something of a challenge at that, as the pic shows. 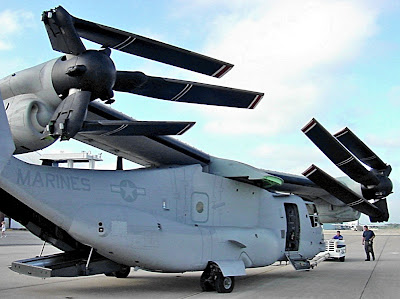 Summation
Neat version of an existing kit, in 1:48 scale, making it big enough to allow plenty of detailing options. 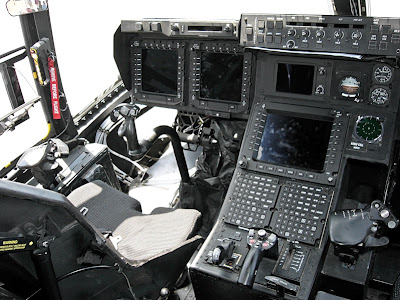 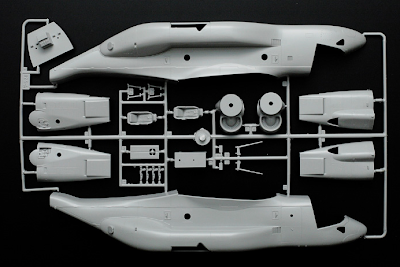 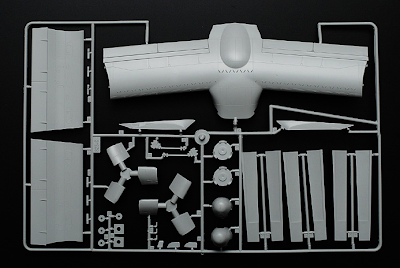