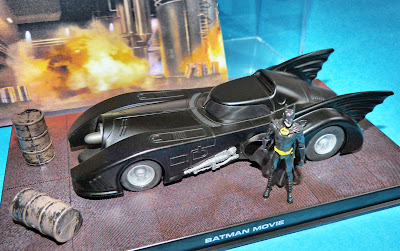 We've got ourselves a copy of the 2013 edition of the Batman Automobilia partwork, and reckon it looks every bit as good as the first version, last published in March 2011. Computer tech has changed a bit since then, so there's now a free App for your iPad that's available to download from the Apple iTunes Store. 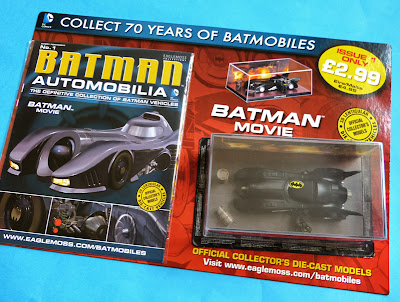 We'll let the pix do the talking, but suffice to say that it's a good package, especially if you decide to subscribe. There are a bunch of freebies that include such tasty items as a Batwing model, a 'Batman Returns' armoured Batmobile, a binder, plus that absolute necessity for Batfans, a free numberplate, labelled with  'BAT-1 GOTHAM CITY.' 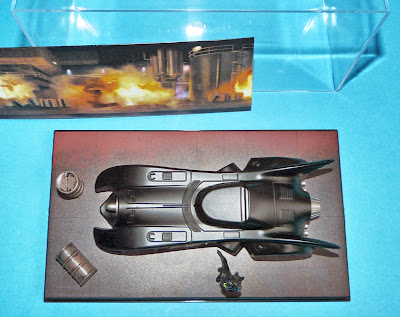 The free App (below) isn't so dusty either, with flick-thru pages that include a timeline, slideshows and a mini-movie showing the TV ad from publisher Eaglemoss. To get the App for your iPad visit the Apple App Store here. 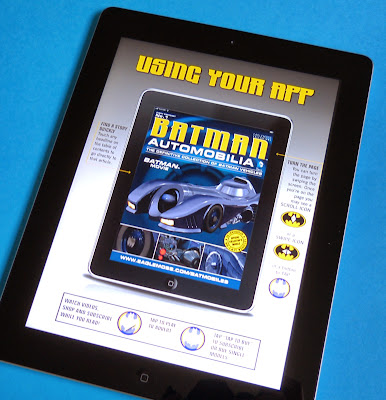 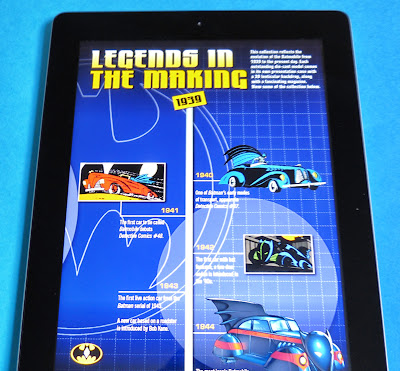 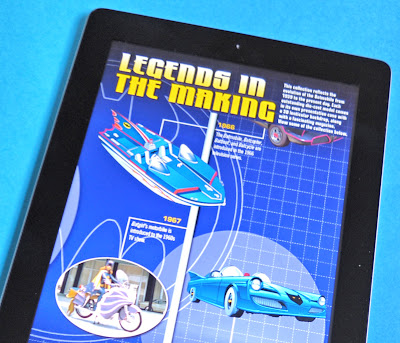 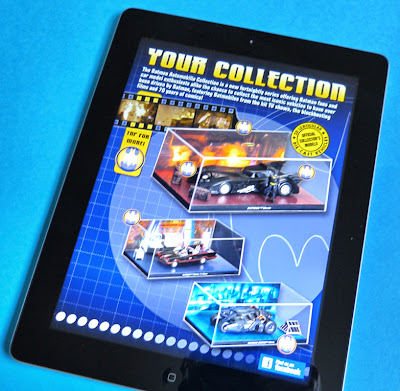 But of course the meat of the matter is in the 1:43 scale Batmobile model, and it's a pleasure to report that it's an excellent rendering of the original, produced in diecast metal with plastic details. Small screws hold the model to the base, so you can remove it easily if needed. The oil drums are heat-fixed in place, but could be removed in a moment. 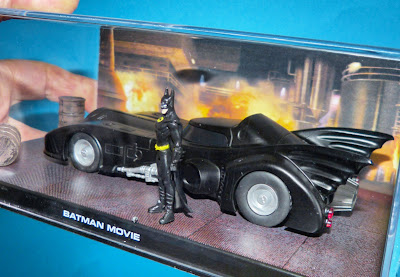 The 1:43 scale means that this and following models in the series will sit nicely with other diecast models, so if you'd like to see a Batmobile crushing a Ford Anglia, or hard at work in a shootout with a same-scale Lambo, you're free to make it happen. 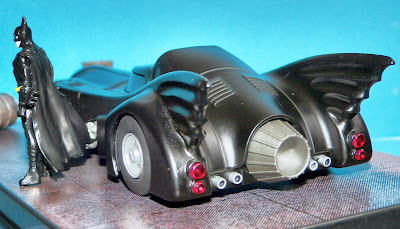 Much more at the Batman Automobilia publisher, Eaglemoss here.