DO YOU LIKE DIRTY MODELS OR CLEAN ONES? WITH HUMBROL, THE CHOICE IS YOURS 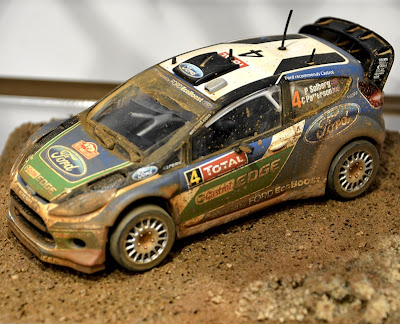 MAT IRVINE REPORTS
When Hornby acquired Airfix, it got Humbrol as well, providing an ideal addition to Hornby’s modelling portfolio, for Humbrol is one of the world’s major model paint and accessory manufacturers.


Actually, some aspects of the Humbrol range were missing at the time of the takeover, but the gaps are now being filled, and one of these is a must for any modeller interested in more than just putting a kit together. 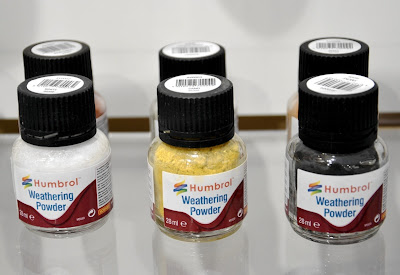 Wash and weather
These are weathering powders and enamel washes, long-time staples for diorama builders, the Humbrol selection coming in various shades, suitable for all scenarios. There are currently eight powders in the range, augmented with 10 washes.

Showpiece quality
The weathered and washed models on display at Humbrol’s LondonToy Fair 2013 stand showed how such products can be used to elevate a simple assembly kit to being a superior showpiece. The added realism - when carefully applied - that weathering can provide has to be seen to be believed. 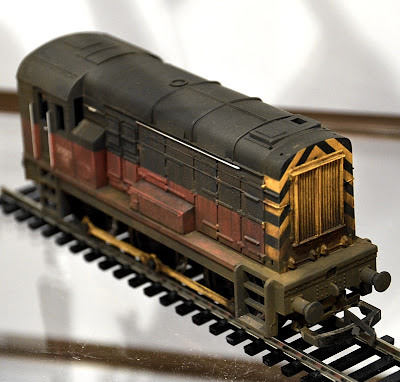 Quality models
Showing off the Humbrol weathering products were a Hornby 1:76 scale Diesel Shunter (above), an Airfix 1:32 scale Ford Fiesta WRC (top) a 1:48 scale Land Rover and a 1:76 scale Panzer tank (below). They all looked amazing (especially so when inspected closely) so hats off to the mystery modellers who put in all the hard work. 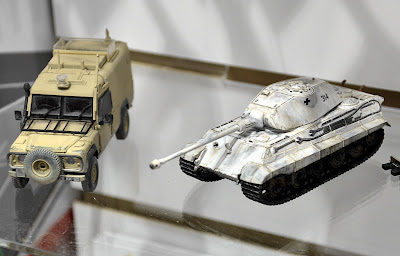 Return to base
As we reported previously, it’s good to note that at least two-thirds of Humbrol production is now being carried out in the UK. Hopefully this proportion will rise further, with most production returning to the original manufacturing base.