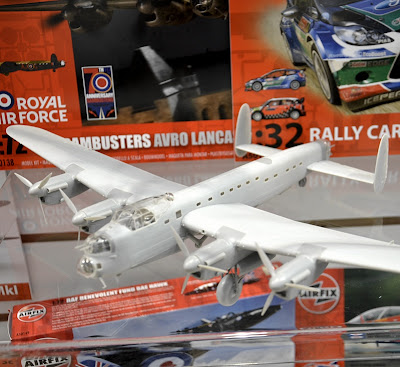 SHOW REPORT: MAT IRVINE
The London Toy Fair is primarily about ‘toys’, rather than ‘scale models’, but there were plenty of the latter at the show this year, both construction kits and ready-builts. 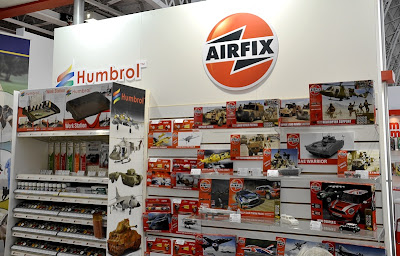 Over the next few days I’ll be showing you what there was to see at London Toy Fair, mostly from the kit companies. I'll start in alphabetical order, with (above) the Airfix and Humbrol section of the big Hornby stand.

Now firmly part of the Hornby group, Airfix appears to be in fine fettle, and is showing top form with a number of revised and brand-new items, all promised for 2013 release. 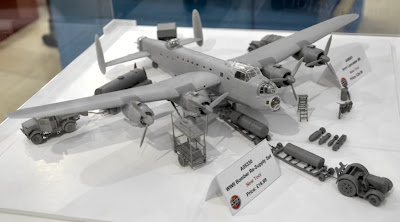 Pride of place could be new tooling for the venerable 1:72 scale Avro Lancaster. One version will be in dam-busting guise to commemorate the 70th anniversary of the famed World War II mission. The kit will include the Barnes Wallis-designed bouncing bomb, and a loading trolley. 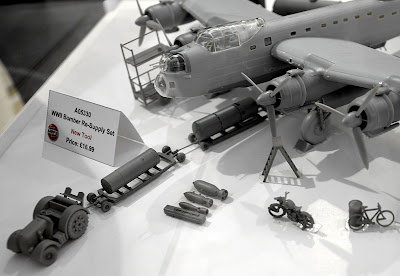 Possibly even more significant is that the standard Merlin-engined Lancaster will be joined in 1:72 scale by the BII version (above, below). This was fitted with Bristol Hercules radial engines, when there was a shortage of the Rolls-Royce power plant. 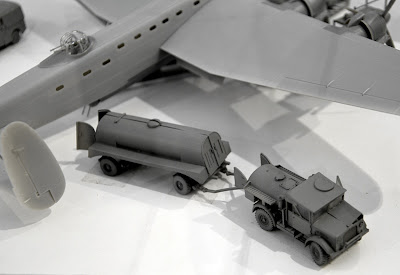 The Bristol-engined Lanc was displayed with a brand-new 1:72 scale RAF Bomber Re-supply Set. This comprehensive kit will have tractors, fuel bowsers, supply trucks, bomb trolleys with loads, access platforms, stepladders, an Austin Tilly, even motorcycle and bicycles. No figures will be included, but these are already available as the RAF Personnel Set. The existing RAF Refuelling, Emergency and Recovery sets are still available, so an airfield packed with bustling ground activity is now available from Airfix for diorama fans. 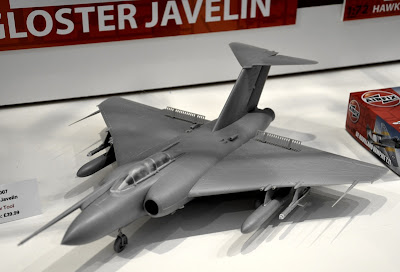 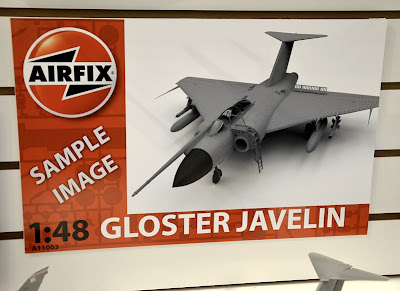 New tooling for the twin-boom De Havilland Vampire to 1:72 scale. Note the choice of markings. 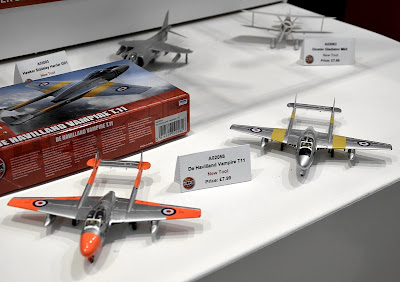 A new-tool kit of the 1:72 scale Hawker Typhoon (below) replaces the original kit. 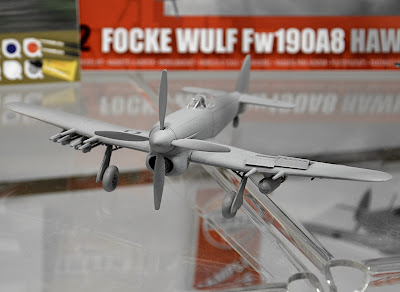 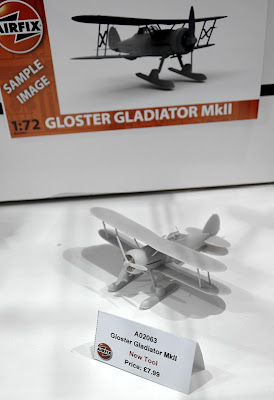 New tooling also for the 1:72 scale Gloster Gladiator, one of the very first Airfix kits, dating from 1956. The new kit will have plenty of detail, and the ski-equipped variant looks interesting. 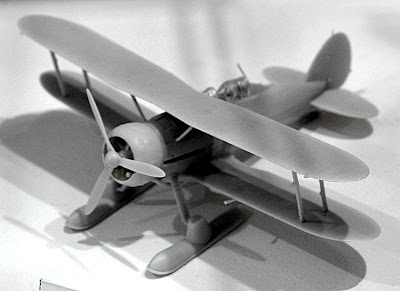 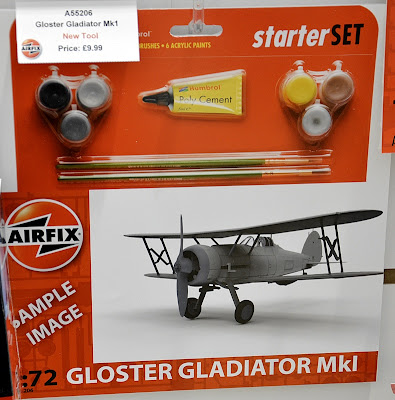 A new 1:72 scale kit of the first operational RAF Harrier, the GR1 variant. The GR3 is also in the pipeline. 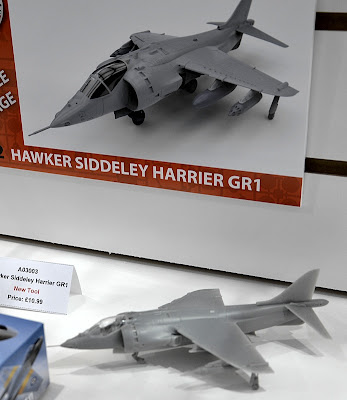 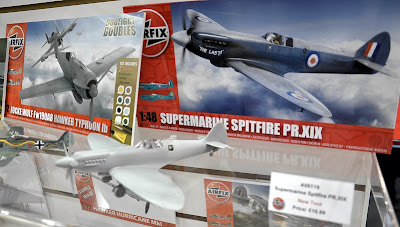 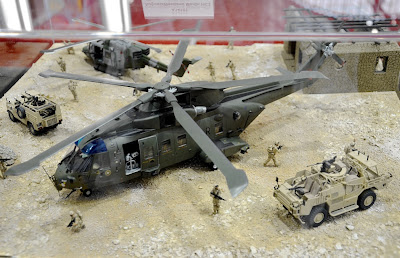 A nicely-made diorama on the stand showed the 1:48 scale Merlin (above, below) along with some same-scale military vehicles and buildings. Note the attention to detail generally, and also behind the side door. 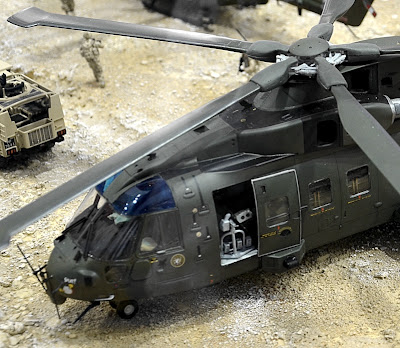 A new addition to the growing range of 1:48 scale military vehicles will be the Quad Bike with trailer (below) as used in Afghanistan. It also comes in a set with eight soldier figures. 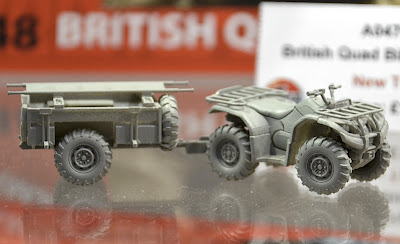 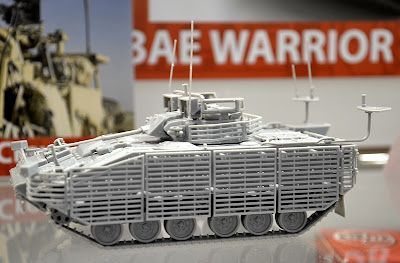 The 1:400 scale German Type VIIC U-boat (below) is a new addition to the Airfix Starter Set range. The VIIC featured in the movie Das Boot, so becomes the first Airfix movie ‘star sub.’ 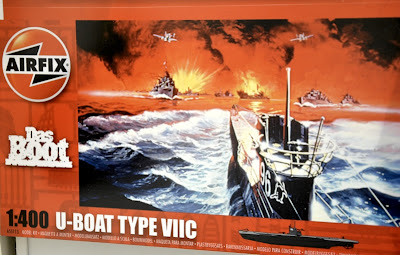 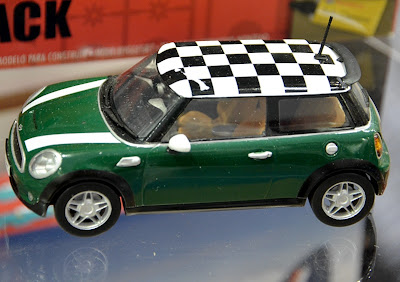 The 1:32 scale BMW Mini Cooper S (above) is being followed by a same-scale Mini Countryman WRC (below). This is modelled as a four-wheel drive World Rally Championship racer, to accompany the Ford Fiesta WRC, already available from Airfix. 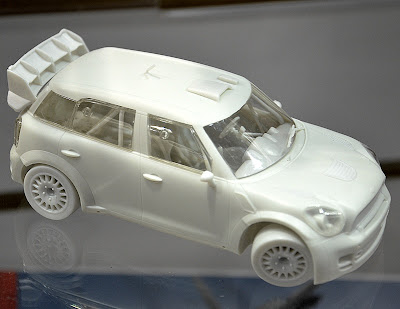 A new range of Quick Build kits is designed for beginners, featuring pre-coloured components that have push- or snap-fit assembly. 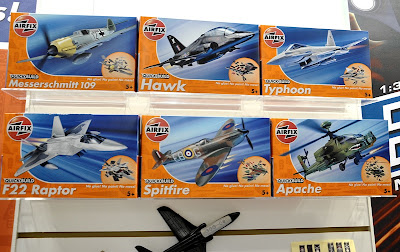 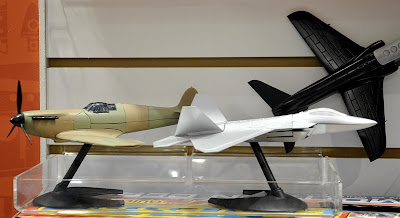 *** SMN note: Phew! So there's plenty from Airfix to keep model makers busy through 2013 then. Our vote goes to the Lancaster BII and all the ground support equipment. Oh, and of course the big Merlin. Great opportunities for diorama fans coming up with both kits.