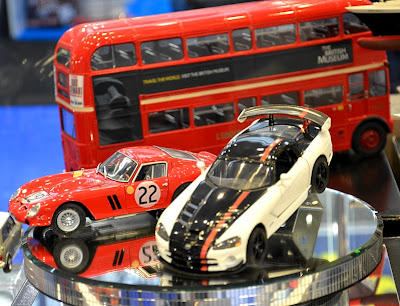 REPORT: MAT IRVINE
Revell continues as arguably the world’s largest model-kit company, including the US Revell-Monogram branch. For 2013, there are brand-new kits, backed up by a horde of reissues in various forms. 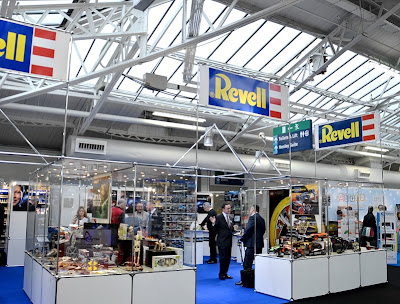 The fascinating Revell stand at the London Toy Fair, 2013. 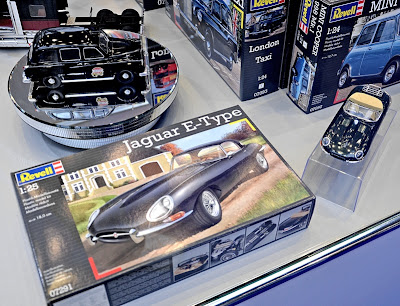 A reissue of the Jaguar E-Type. The kit is in 1:25 scale, as it started life as one of the earliest Revell GB kits. 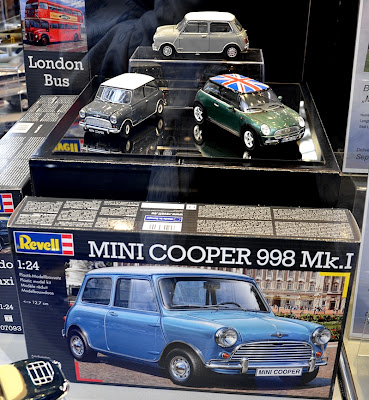 The 1:24 scale kit of the classic Mini is a new Revell production, not a reissued Tamiya kit. 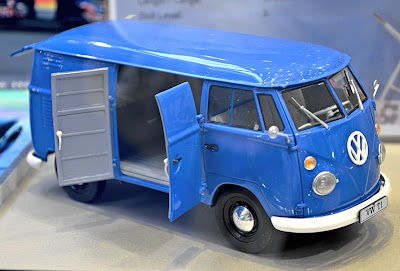 The 1:24 scale Volkswagen Microbus issued a couple of years ago has been modified to make this delivery van. This will be a first from Revell, as the original Microbus kit from Revell Inc. was never issued in van form. Revell-Germany has issued one, but it was a reboxed Hasegawa kit. 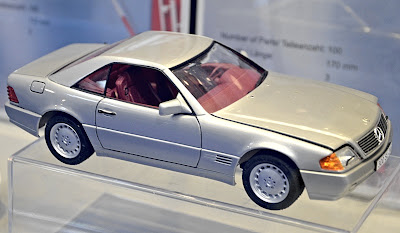 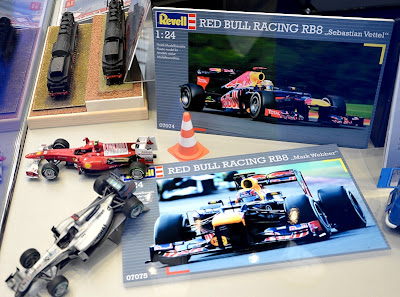 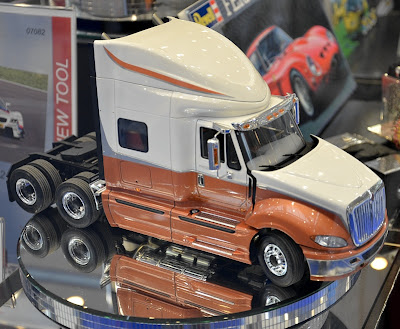 A reissue of the Moebius Models International Prostar Truck, in 1:25 scale. 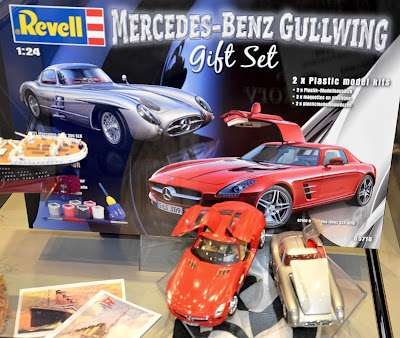 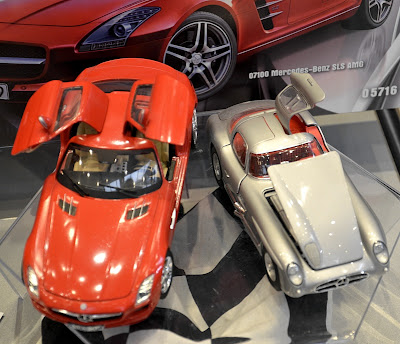 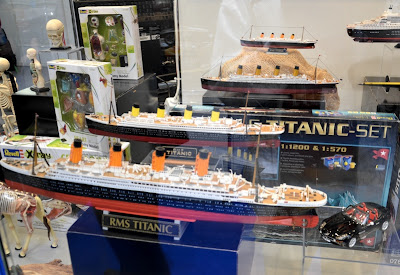 The Titanic still retains her popularity, or maybe notoriety. Four scales are available from Revell, plus a set with two in the box, one of them to the somewhat weird 1:570 scale, the other a tiny but ‘normal’ 1:1200. 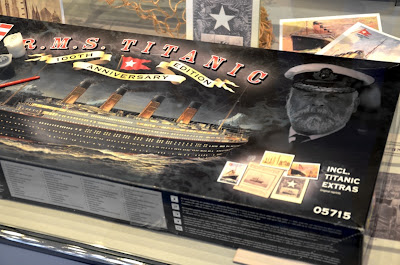 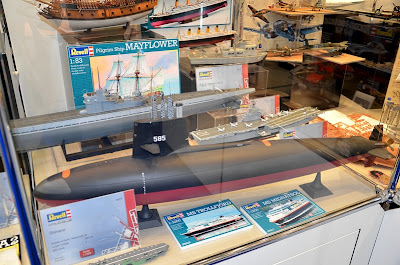 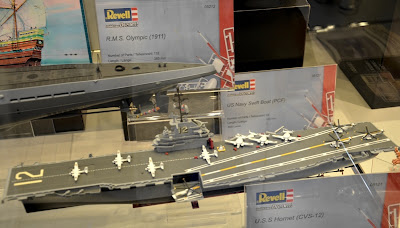 The 1:530 scale USS Hornet aircraft carrier has been reissued, this time in its ‘Hornet +3’ version, when the ship acted as recovery vessel for the 1969 Apollo 11 first Moon-landing mission. Appropriately enough, a small - just 7.4 mm (0.3 in) diameter - Apollo Command Module is supplied with the kit. Click the pic to enlarge it, then you should be able to see the capsule next to the island. 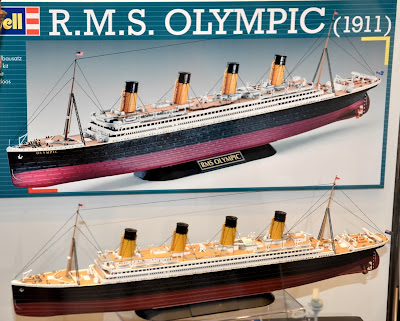 The famed RMS Titanic always takes centre-stage, while her sister ship the RMS Olympic is usually forgotten. However Revell has remedied this with a 1:700 scale kit of the ship. 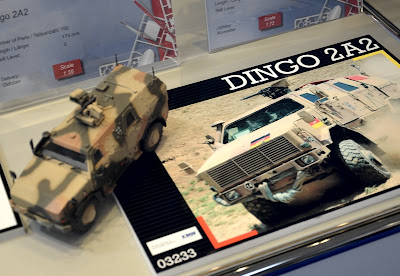 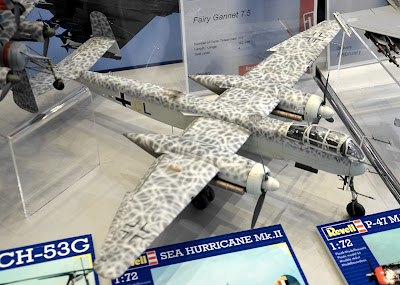 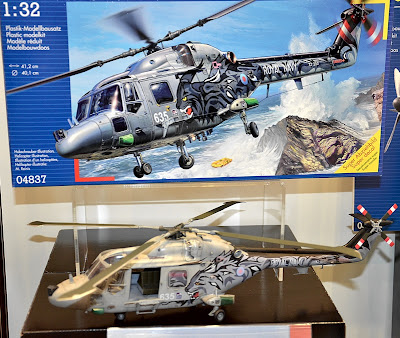 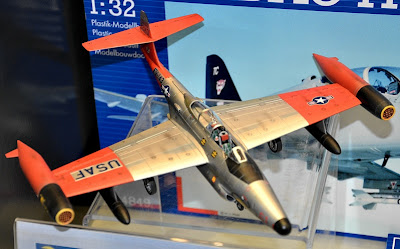 A reissue of the classic Revell Inc. Northrop F-89D/J Scorpion to 1:72 scale. 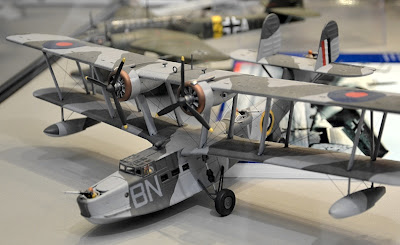 The Supermarine Stranraer flying boat, a reissue of the old 1:72 scale Matchbox kit. 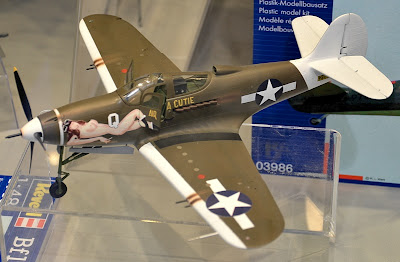 A new version of the Bell P-39D Airacobra. Note the gorgeous gal draped behind the prop. 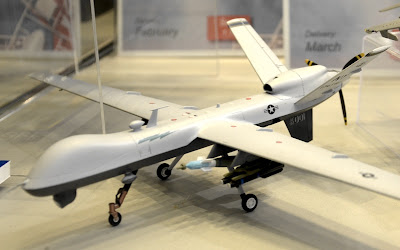 Brand-new kit of the General Atomics MQ-9 Reaper UAV, a larger version of the MQ-1 Predator. 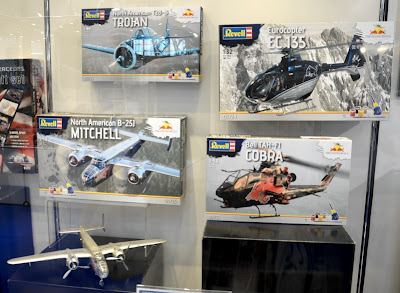 The Red Bull energy drink company sponsors aerobatic teams as well as Formula One race cars, and Revell is reissuing a number of existing kits under ‘The Flying Bulls’ banner. The Eurocopter EC 135 is to 1:32 scale, the rest are 1:48. 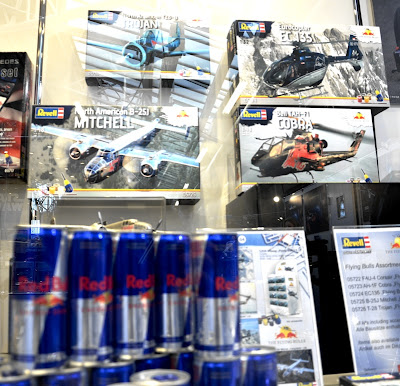 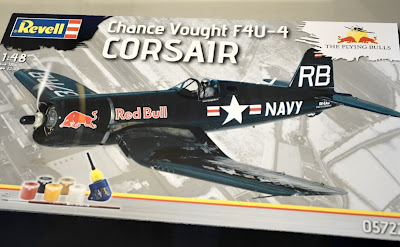 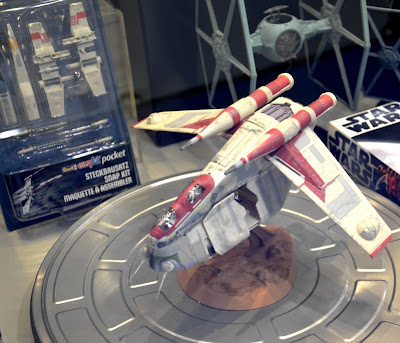 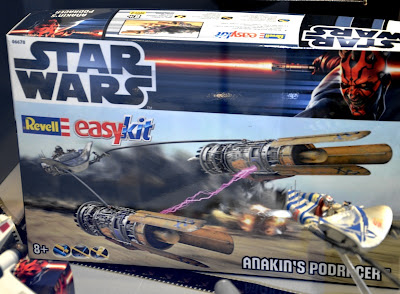 Yet more from the Star Wars universe, here Anakin Skywalker’s Pod-Racer to 1:32 scale. It is a similar size to the earlier AMT kit, though has a more substantial support base. 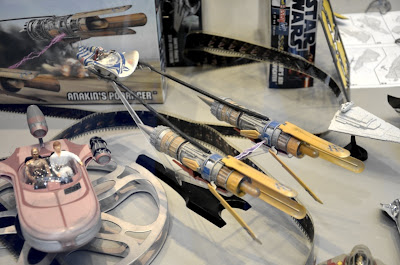 *** SMN Note: Good to see the Star Wars gunship available in a near-standard model aircraft scale. It would be terrific to see a diorama version loaded to the max with Imperial Stormtroopers.