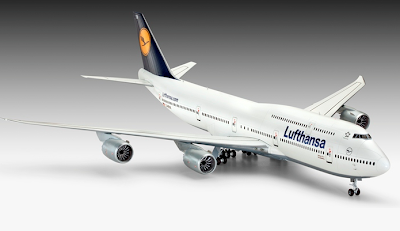 Jetliner fans can come up to date with this 1:144 scale model of the latest Dash-8 version of the venerable Boeing 747 Jumbo Jet. 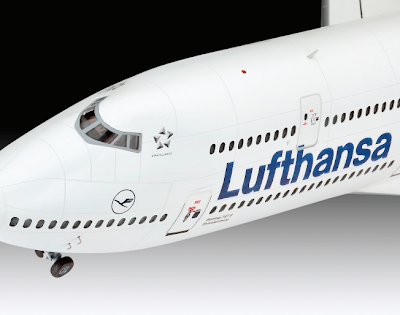 The kit is a new-mould, and it shows in the detailing, with recessed panel lines, and a general attention to fit and finish that does the kit proud in this small scale. Not that size is an issue, since even at 1:144 scale this 747-8 measures some 525 mm (20.7 in) long. There are 172 components, and when the Lufthansa-liveried model is assembled, the wingspan is 476 mm (18.7 in). 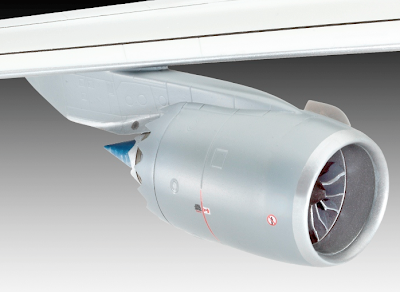 Strong points
Engines and landing gear are strong points, with a good attempt at recreating the complex curves of the fan blades, and the delicate shapes of the ‘flower petal’ cutouts to the rear of the engine pods being correctly reproduced. The main gear is well done too, with the multiple wheel discs having enough detail to look convincing. Flight deck details
At this scale, interior detail is pretty much hidden, unless the kit-maker has included a transparent fuselage half, as Revell has done with its excellent Airbus A380 see-thru kit. Even so, we thought you’d like Boeing’s pic of the flight deck, with its flat-panel electronic displays. A friend of mine who used to fly 777s with British Airways, reckons Boeing ergonomics are second to none. 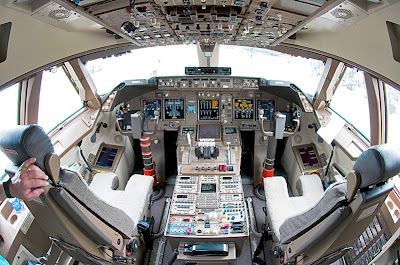 The real thing
As for the real 747-8, it’s generally considered to be pretty much the last major evolution of the 747, which first flew way back in 1969, and is distinguished visually by the long high-top and engine pod shape. For airline accountants and eco-warriors the aircraft returns big improvements - the new GE engines drink about 20 percent less fuel, CO2 emissions are down some 15 percent, while noise has been reduced by an amazing 30 percent. As with most airliners, when the engines are shut down on the tarmac, internal power is supplied by an Auxiliary Power Unit (APU) and this is neatly visible at the tail, below the fin. 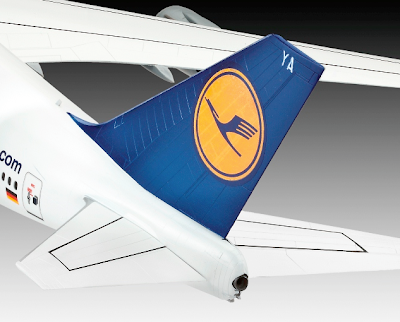 Summation
A nice model kit of the latest version of a grand old lady. The finished model will look good next to Revell’s model of the 747-8's main real-world competition, the double-decker Airbus A380. A nice touch is the supplied display stand, so useful to set off the fine lines of this big bird. 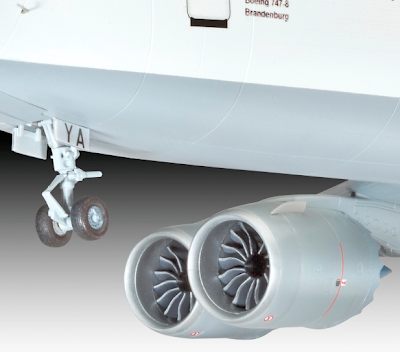 The Revell Boeing 747-8 is due soon, meantime various types of 747 are available here.