EURO CARS - VENTURI RACER AND MORE TO 1:18 SCALE FROM OttOMOBILE 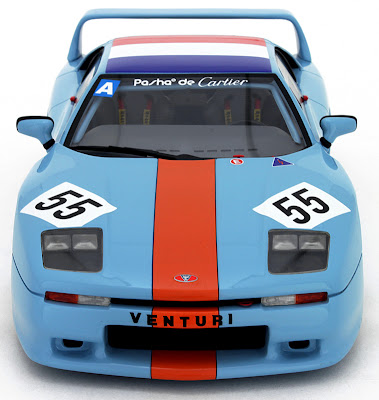 SMN REPORT
The successful Limited Edition outfit OttOmobile has some interesting car choices coming up shortly, starting with a rare racer, the Venturi 400 Trophy, to 1:18 scale. 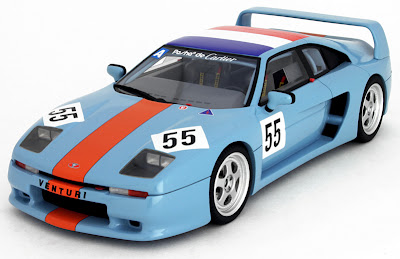 Venturi 400 Trophy
The Venturi 400 Trophy was a race version of the Atlantique, a shapely French car made from 1991-2000. It may have been a looker, but sales didn’t match the curves, for fewer than 800 were sold in all. That didn’t stop critics from lavishing praise on it though, with the infamous Jeremy Clarkson of Top Gear, saying that the Atlantique was, “like having your own personal jet fighter... I love it to death.” 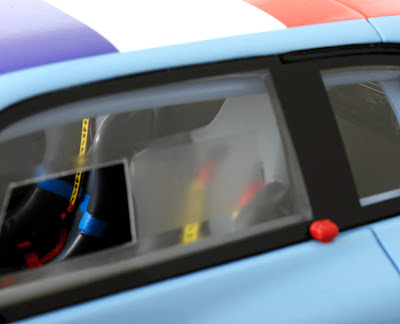 Racing car
The team at OttOmobile has chosen to model the race version, a good choice, as it looks that bit meaner than the coupe (though that is due on sale in April) and allows a competition colour scheme. OttO’s ‘jet fighter’ model comes in 1:18 scale and should be available in late March 2013. 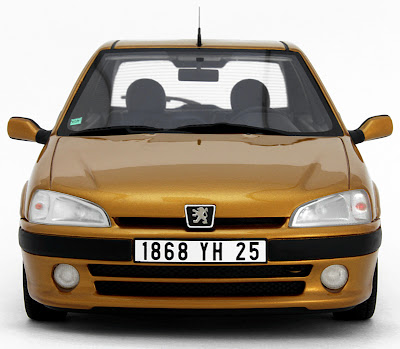 Pocket rocket
One of the best-handling small cars of the 1990s was the diminutive Peugeot (aka ‘Pug’) 106. OttOmobile’s Peugeot 106 is the S16 GTI model, widely regarded as the best of the line, with the driver-enthusiast’s most-wanted combo of powerful engine and uprated suspension. The model is available to order now, with deliveries at the end of January. 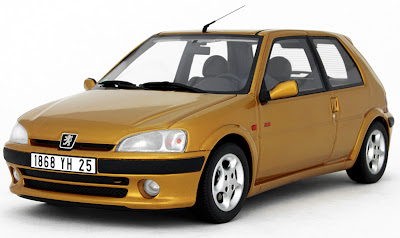 Limited Edition
The model is finished in metallic gold, a popular shade of the early 1990s, and comes with OttOmobile’s usual attention to detail, including a convincing interior. If you want one, we’d advise ordering soon, as it’s a Limited Edition of just 1250. 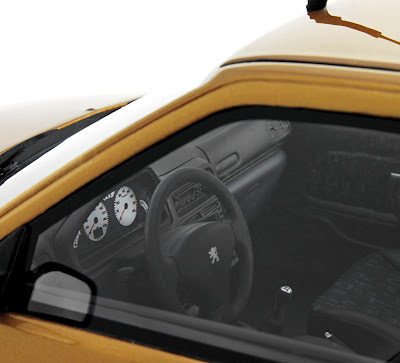 Smaller engine
I must confess an interest in the Peugeot 106, as I’m about the buy a red one for my younger daughter, though insurance considerations mean that it’s a cooking model, rather than the fire-breathing S16!

Update
This run of the 106 has just sold out, so keep an eye open for future editions in different markings. 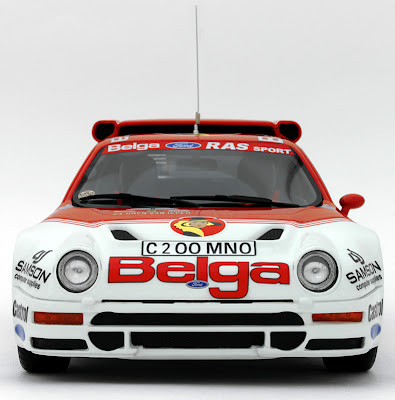 Incoming February - Ford RS200
One of my favourite Fords ever, the RS200 was a mid-engine four-wheel drive racer produced from 1984-86 for Group B rally car racing, the regulations of which insisted that at least 200 road-going cars also had to be built. What an opportunity for power-freaks with deep pockets! 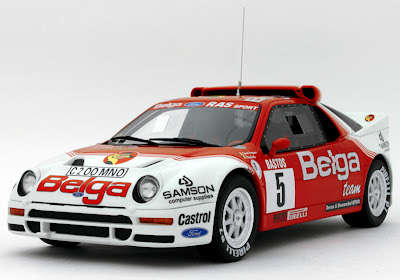 Bold markings
OttO’s model is a beauty, representing the car driven in 1986. The red-and white scheme suits the car, the decals are complete, and they fit the complex curves of the car well. OttO has a production run of 2000 planned for the Ford RS200. 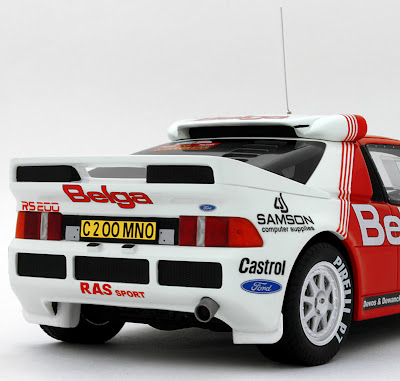 Car fan company
As for OttOmobile, it’s run by an ultra-keen bunch of car freaks, whose enthusiasm is best summed up in their own words:

“We are a gang of buddies addicted to cars and models. We went through numerous days and nights in building up our concept.

“...Car manufacturers have created cars that made us dream of day and night for decades.
Unfortunately, most of these models will never be produced in scale 1:18 for economical reasons.

“... Create model-cars that other mass-production manufacturing brands will never produce.

“...Our philosophy is very simple:

* Provide limited edition models for collectors.
* Release at least one model per month.
* Sell only on the internet.
* Satisfy as much people as possible by providing the lowest price!”