RARE TREASURE - A BEAUTIFULLY MADE U-BOAT, HARBOUR AND RAIL-HEAD 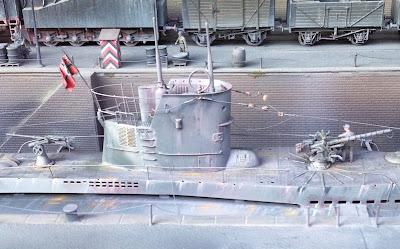 Here's a good example to show that it's well worth keeping an eye open for interesting stuff, even in non-model emporia, as we found out this weekend. Here, among the bric-a-brac of a Cotswold antique shop, was a beautiful World War II diorama. 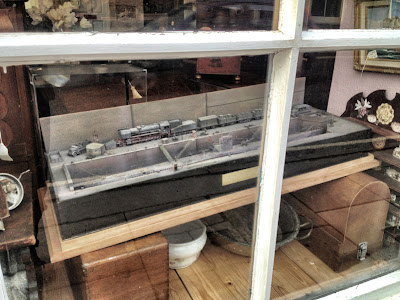 Lurking in a dusty corner of the front window was this well-crafted cased model of a German Mk VIIB U-boat, next to it, an excellently rendered section of harbour, with rail line and steam locomotive with a line of wagons. 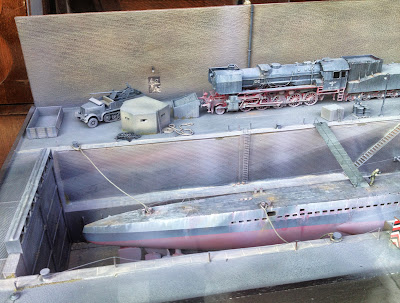 Question of scale
It appears to be a HO-gauge 1:87 model, with German loco and wagons almost certainly to the world-standard rail model gauge. British rail fans stick resolutely to their independent and definitely non-standard 00-gauge 1:76 scale, but that's another story. 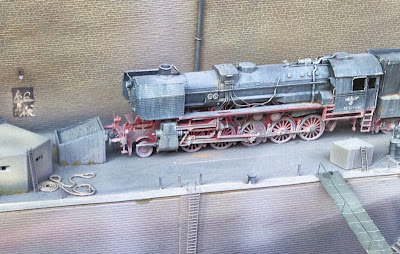 Dust of ages
It's difficult to tell, but the half-track could be a RoCo item to the same scale. The truly excellent submarine is detailed and nicely done, too. Overall, the only critique we'd have is a slight lack of colour throughout, but that could just be a dust coating through age, as we suspect the model is a couple of decades old, at least. 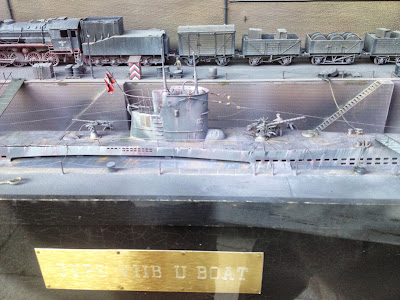 View from outside
As you might have guessed, these pix were taken through the window, as the place was shut. We'll return in opening hours and see what the back-story is to this item - if it's as interesting as we'd like to think it is, you'll be the first to get the news. 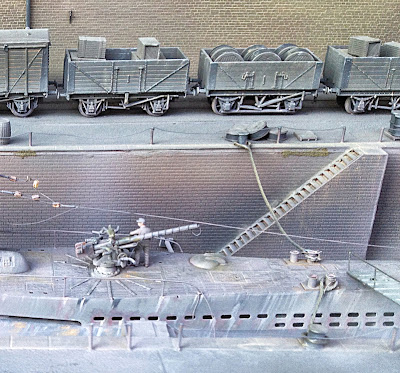 Summation
Great model, nifty detailing into the diorama format, and it's even got a specially-made brass plaque. Well done, whoever made it. 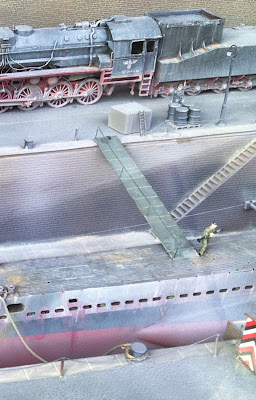 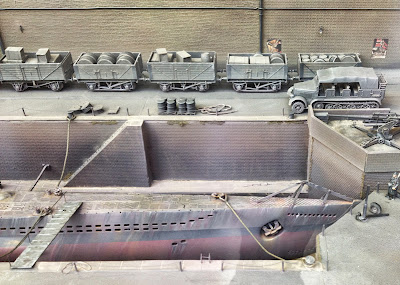 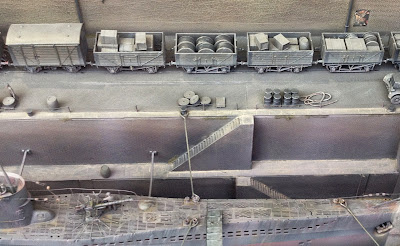 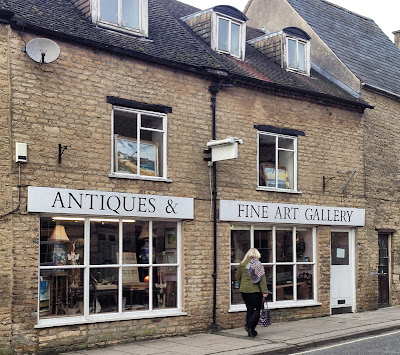