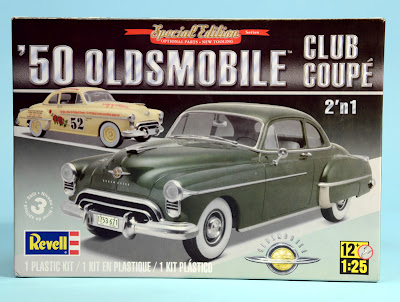 First Look from Mat Irvine
The long awaited Revell 1:25 scale 1950 Oldsmobile ‘Rocket 88’ Club Coupe 2'n1 kit has finally arrived, and it looks to have been well worth the wait.


The kit was first planned by Revell-Monogram’s Bill Lastovich as long as five years ago. Sad to say, Bill died in May 2012, so didn’t get to see his Olds 88 on the market, but he did view the first test shots of this, his dream model. 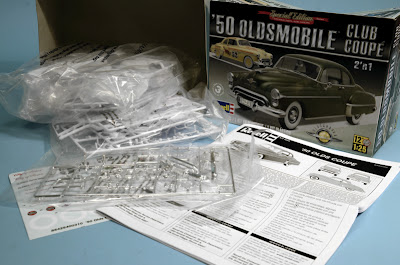 Plenty of parts
You get almost 200 parts in the box, mostly moulded in white styrene, with the usual array of clear and chrome-plated components. In fact, add the tires and metal pins to retain the wheels, and you go past that 200 part-count. 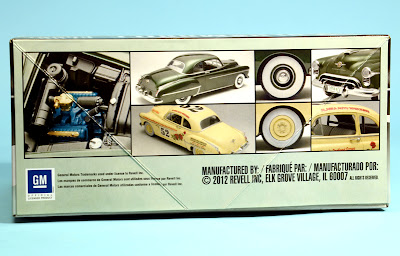 Custom components
As part of the Special Edition series, this new-tool kit has plenty of alternative parts, so you can produce a kit customized how you want it. The box side features pictures that show the engine compartment, and various shots of two of the three available versions. 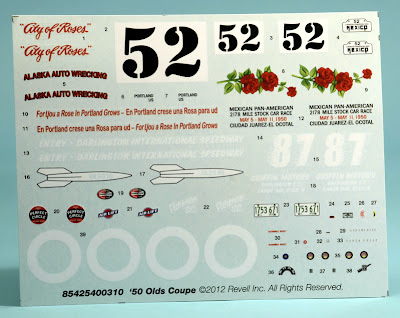 Decal sheet
The comprehensive decal sheet allows three versions to be built. They are a stock Rocket 88, plus two competition cars - an American Stock Car Racing version for the 1950-51 season, and the car that took part in the Mexican Pan-American Road Race of May 1950.

Summation
An interesting kit that's definitely one for the ‘to be built’ pile.

SMN Note: Love the Number 52 'City of Roses' version - very cool and unusual marking scheme, and when did we last see a cream car on the streets of today?

Thanks to Revell-Monogram for the sample kit.