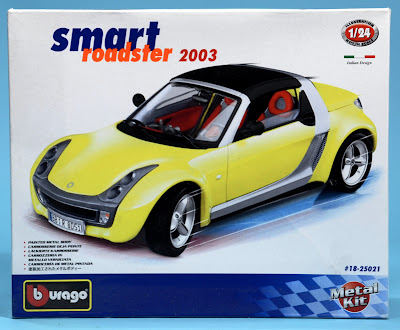 Mat Irvine Vacation Build
Most plastic car kits can be approached in a similar way, whether the subject is a simple snap-together model or an intricately detailed miniature. Ninety nine percent of the time, the boxed plastic components are polystyrene, so materials, techniques, and final look are fairly similar, whatever the starting point. 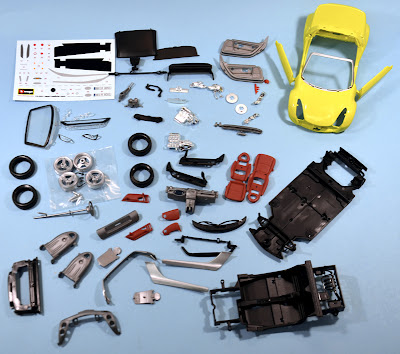 However, metal kits are far less definitive. Firstly, the type of metal can differ considerably as can the construction method. At one end of the spectrum, you have highly detailed white-metal kits, probably with resin and photo-etch parts, invariably in 1:43 scale. These can take even an expert ages to build, while the other end of the spectrum boasts simple snap or screw-together kits, which are basically unassembled ready-built models.


Simple assembly
This is mostly the case with Bburago, which makes a wide range of ready-built models, fine for those that have no building inclination. You may have to attach a display base, and sometimes a few small details, but that’s about it - you are then free to plonk in on a shelf. 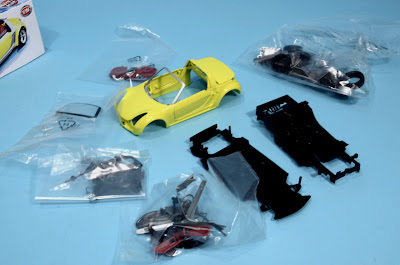 This Roadster kit features components such as windscreen and lamp glasses with pre-painted black surrounds. Smaller parts are packed in poly bags, while the pre-coloured body has doors, screen, and rear hatch supplied in place. 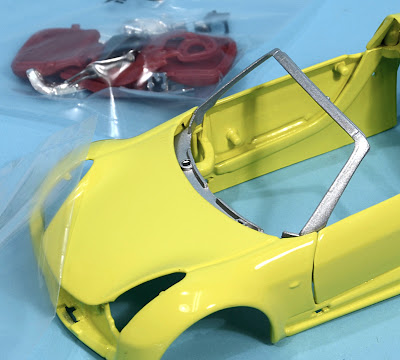 Kit versions
However, Bburago also issues kits, usually with a pre-painted body and pre-coloured parts. A few of these have bare-metal parts that need painting, but most are unassembled versions of what you can buy already built. However, this Smart Roadster is different - you can get the original Smart Car as a plastic kit from Revell-Germany, but not the neat little Roadster sports model. 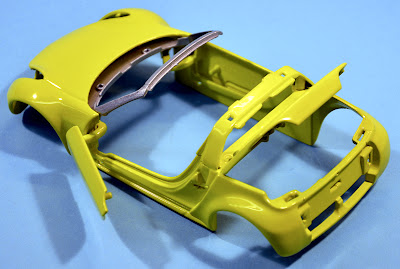 Choice of finish
The Bburago Roadster comes in a rather lurid yellow, but there’s is no reason why you cannot respray it a different colour, as I did. The Roadster is technically a multi-material kit in that although the body is metal, the other parts are plastic, with vinyl tyres. The windscreen is painted silver, though an application of BareMetal Foil would improve the appearance of this item. 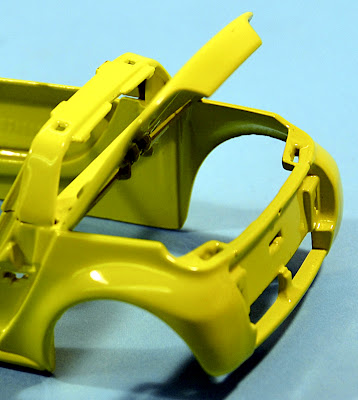 Roll bar
The passenger roll bar is in place, but does have to be unscrewed for some of the assembly procedure. The opening doors and rear engine hatch, often well over-scale in metal kits, are not too bad in this case, and once the car is fully assembled are not that noticeable. 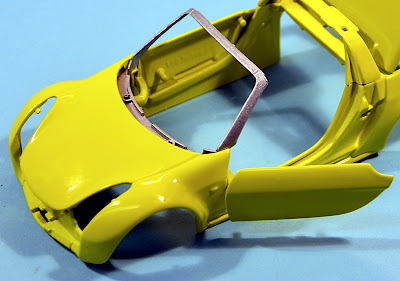 Types of plastic
This is one metal kit that can be treated much as a simple plastic kit, though there are differences. Firstly, the plastic is almost certainly polyurethane, so instead of using polystyrene cement, you’ll need to use superglue. Secondly, the material will not take enamel paint well, so you will need to use acrylic paint, not that this should be a problem. Note (below) that I have painted the seats, and the following pictures show the Roadster's assembly as it appears in my modified colour scheme. 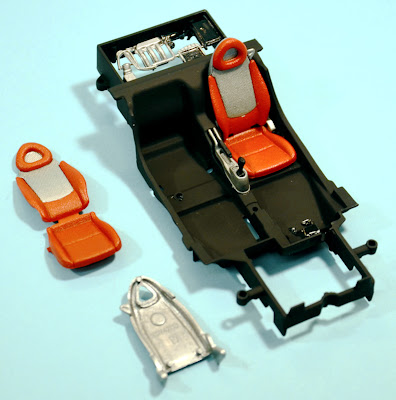 Cocktail stick solution
There is a slight problem when it comes to how the plastic parts are supplied, especially if you want to paint them. In a standard plastic kit, components - especially small items - come attached to runners, which help when you hold the parts during painting. But Bburago removes all parts from their runners before packing, so there is no direct method of support. Instead, you’ll have to come up with methods involving cocktail sticks and double-sided sticky tape! The engine is supplied (below), though oddly, the instruction sheet details of the real thing state, “…three cylinder turbocharged engine… located in a front transverse position”, whereas of course the little three-banger motor is at the back! 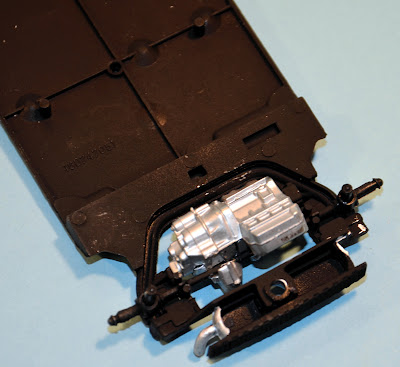 Take care
Although I call this a simple kit, it needs care in places, perhaps not helped by the somewhat skimpy instructions. Some parts - the top console under the hardtop, and the rear spoiler with high-mounted stop lamp - are tricky, and will need superglue to hold them in place. 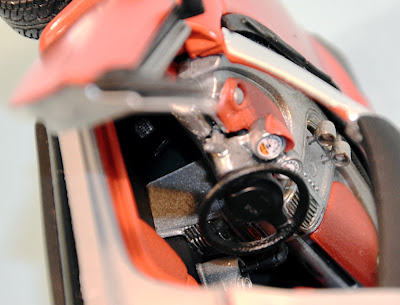 Decals supplied
Water-slide decals are supplied for instrument dials, and even the stop and turn lamps, though lamp covers come in clear plastic, with black surrounds already applied. I presented the completed car (below) sprayed in red. Silver trim for the sides and roll bar were left in pre-painted silver. Fit, particularly for the roll bar section, isn’t brilliant. 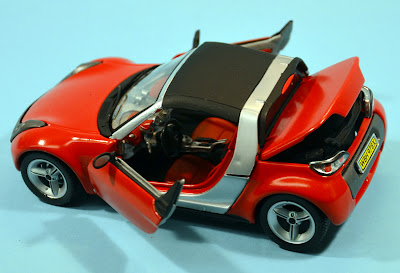 Summation
All in all, this Bburago Smart Roadster makes an intriguing build, especially as it is a subject not available as a conventional plastic kit. The only real issue is a question of scale. The car is marketed as a 1:24 scale kit, but actually scales out slightly larger, somewhere between 1:21 and 1:22. This makes it a bit odd if you place it next to the 1:24 scale Revell Smart car, but presented as a solo display piece, it looks fine. 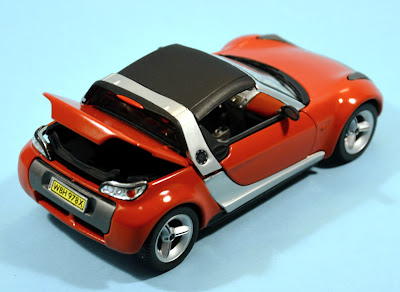 Thanks to The Hobby Company for the review kit. 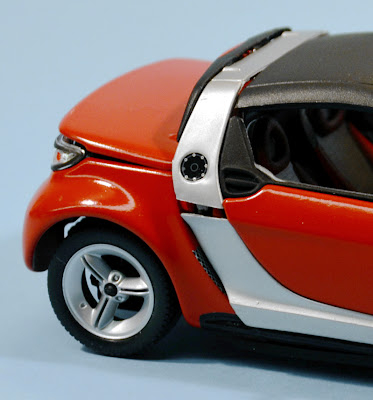