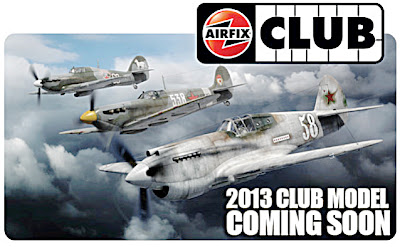 SMN REPORT
It’s that time of the year again, when Airfix introduces its latest Club-only kit edition. And the 2013 Airfix Club kit is called ‘Under the Red Star’ but instead of featuring a single subject, there are three 1:72 scale fighters, all in the same box. 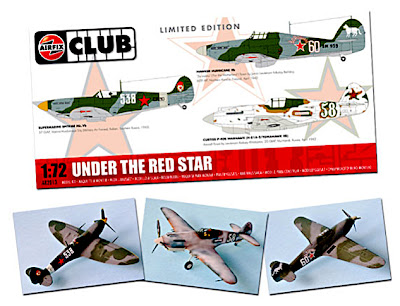 Big cockpit
Soviet pilots made good use of all the aircraft supplied to them by the Allied powers, and the P-40 was no exception. Pilots enjoyed its handling, though at first found the big, glasshouse-like cockpit rather unnerving - but soon realised that the all-round visibility in combat more than made up for any personal feelings of being exposed to enemy bullets.

Club presentation
The kits are all up to standard Airfix levels, and make a welcome addition to the ranks of World War II types. For collectors, their Club-only nature must be a draw - who knows, in a few years time, a mint and unbuilt example ought to have increased in value.

Bonus items
As well as this kit, the Airfix Club offers various goodies, including badges, a magazine, various discounts, and the Flying Hours Passport voucher scheme, through which you can earn free kits.

Pictures above courtesy Airfix, details of the Club here.

And here are a couple of interesting contemporary shots of lend-lease Spitfires and a Hurricane. We don't have a source for them, so if you can help let us know. 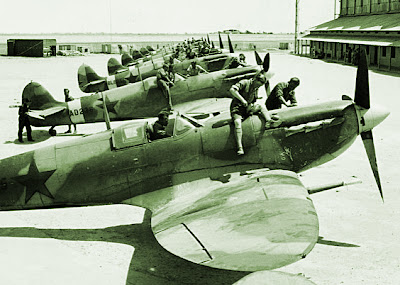 Red star markings applied already, a flight of Spitfires (above) undergo final preparation before being shipped to Stalin's forces. Below, a military group stands beside a lend-lease Hurricane. We wish we could ID them, as the pic looks like it could tell an interesting story. 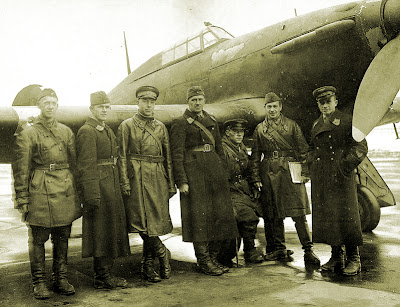