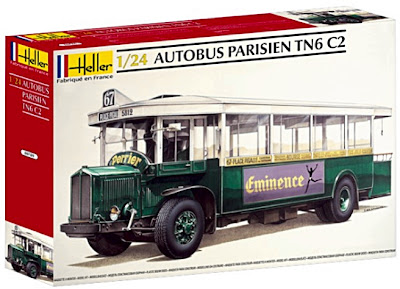 Bus modellers should be pleased to see this latest addition to the French Heller line. It’s a classic 1930s-era single-decker, a Renault design that gave reliable service for decades.


The Renault TN series buses came into service in the early 1930s, and the TN6 C2 modelled by Heller was probably the most popular version. The improvement of rubber technology was key to vehicles like this, with new-design pneumatic tyres allowing heavy loads and a comfortable ride, making it possible for a 50-seater bus to travel at fairly high speeds. 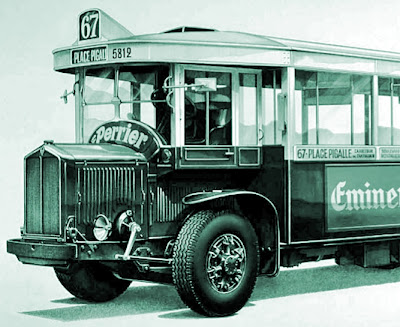 Display option
Heller's mould-makers have captured the ugly-but-nice appearance of the TN6 very well, especially the snout-like engine housing. There is plenty of crisp detail in the engine itself, and in the chassis underneath too, so a mirror display base could make sense when the kit is assembled and painted. Originally released as far back as 1982, the new-issue kit remains competitive in 2013.

Fast routes
Despite its somewhat porcine looks, a petrol-engined TN6 could manage nearly 55km/h (35mph) on reasonably flat roads, allowing the development of fast and smooth bus services to link many towns and villages in rural France. Diesel versions were slower, but were fine in cities and on shorter routes. 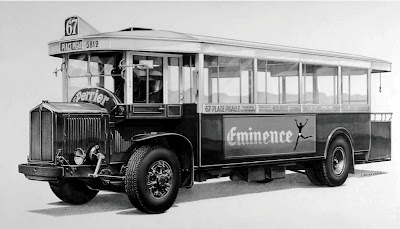 Service entry
The first 10.3-tonne TN6A went into service in 1932, later models of the series giving reliable service until the late 1960s. And here we are in the 21st century, more than 80 years later, with Heller saluting this French classic with a fine model. 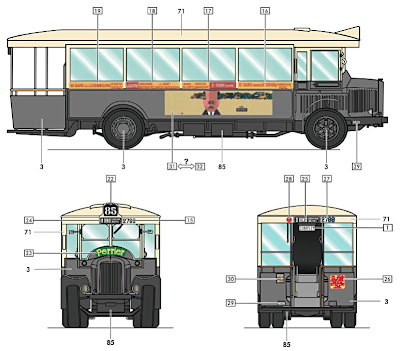 Green Heller, red Revell
The Heller Autobus kit should be on every public transport fans must-have list, not least because it provides a fascinating comparison with the excellent ‘big red’ 1:24 scale Revell London double-decker. The Renault TN6 is a decent model in its own right - and a biggish one too - measuring some 396mm (15.6in) long when assembled. Clear instructions
Heller’s instruction manual is neatly produced, leaving little to chance (especially for the novice) with extremely clear illustrations, and a full-colour four-view with marking details. The model is of course, absolutely begging for some 1:24 scale figures to bring it to life - a Gitane-smoking driver perhaps, matched by some black-clad elderly ladies, and possibly even an onion-seller standing on the rear platform! 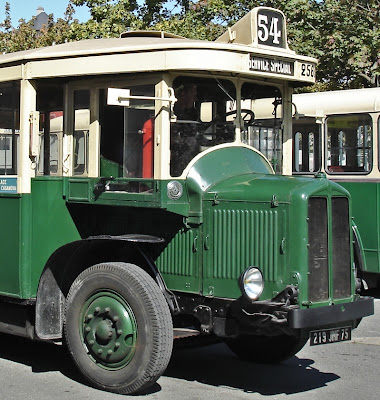 Summation
Unusual subject from Heller, and here’s hoping the French company will be offering many more re-releases and - even better - new-tool kits in the years to come.

The Heller TN6 Autobus is expected shortly, meantime there are plenty of other interesting Heller kits here. 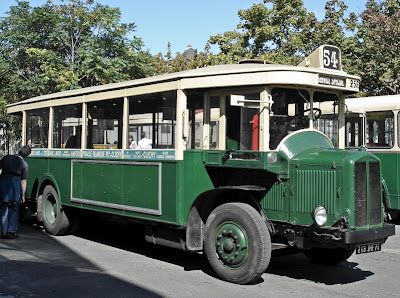