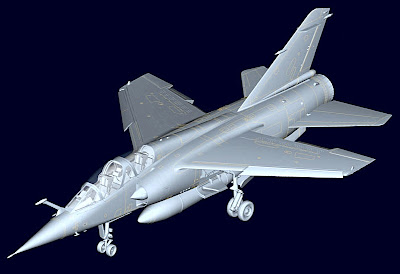 SMN REPORT
It’s taken a while, but at last the latest Kitty Hawk Models 1:48 aircraft kit is coming. It’s another tasty and unusual choice from this US manufacturer, a Dassault Mirage F1 swept-wing attack jet.


The Kitty Hawk Mirage F1 is an all-new tool 1:48 scale kit that, judging from these computer drawings, is going to be a knockout in terms of accuracy. Cockpit detail should be a new high for any kit of the French machine, while panel and surface detail should be well engineered too. 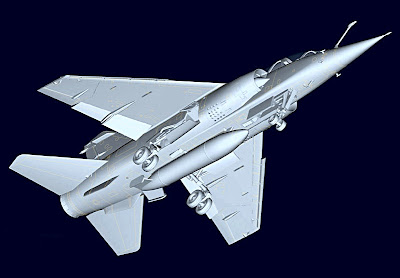 Details
Wheel wells and landing gear are intricately detailed, as are the engine intakes and nozzle. Drooped slats, flaps, and an air-to-air refuelling probe are included. 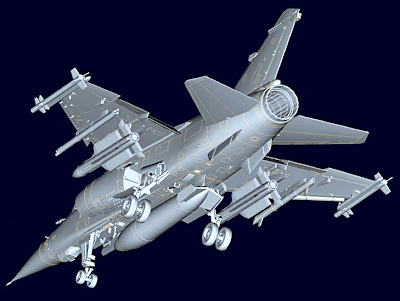 Weapon fit
The Mirage F1 is a warfighter, so combat ordnance is well provided for, with - as revealed by these CAD images - wingtip Matra R550 Magic air-to-air missiles, underwing Matra Super 530 missiles, ECM pods, and an underbelly fuel tank. The Mirage F1 can also be configured to carry an Exocet anti-ship missile, which would be a bonus if one happens to be in the box. 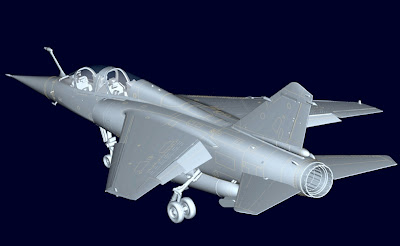 Completed size
When completed, the Kitty Hawk Mirage F1 will measure some 318mm (12.5in) long, with a wingspan of just under 177 mm (7in). The kit on sale right now is the F1B two-seater version, so we’ll expect other variants to follow. 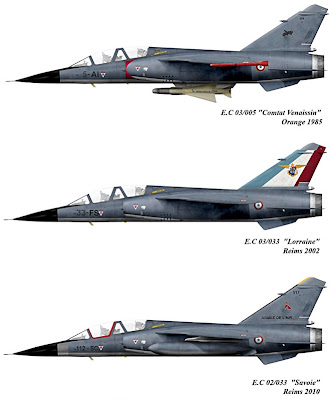 The real thing
The swept-wing F1 evolved from Dassault’s classic Mirage III delta design, though it looks utterly different, with a shoulder wing and conventional tailplane. First flown in 1966, the aircraft is still in service with the air arms of some eight countries, though France is down to a single squadron, recently in action in the ongoing Operation Serval in Mali. 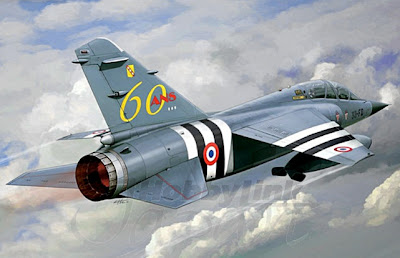 Hobby Link Japan are taking orders for the F1B two-seater, with 10 percent off.

Other Mirage F1 kits, including the 1:48 scale F1C single-seater from Italeri, available here.