SMN REPORT
1:350 scale seapower fans can model the most powerful ships of the Imperial Japanese Navy in World War II, the famed Yamato, and her less-well known sister ship, the Musashi.


Yamato
The Yamato (top pic) launched in 1937, was the pride of Japan’s naval forces. The Yamato-class ships were the heaviest battleships ever built, designed to outgun several enemy capital ships in simultaneous combat. However, like other traditional battleships, they really belonged to a time before aircraft carriers and their deadly attack plane squadrons became their main adversaries. In fact, the third Yamato-class ship, Shinano, was actually finished as an aircraft carrier. Yamato herself was sunk by multiple bomb and torpedo strikes from US aircraft on April 7, 1945.

New-tool components
For model makers, the Yamato makes a welcome appearance in the Tamiya 1:350 scale battle fleet, for the model features many new-tool parts, including the main mast and stern section. Walkways on the decks have new self-stick decals to simulate the original wood planking. Also available from Tamiya is a separate glass display case, designed especially to show off bigger model ships.

Details
Talking of size, the 1:350 scale has a major benefit for detail, and sheer wow-factor, for the finished model measures some 752mm (29.6in) long.

Crew available
Tamiya also supplies 1:350 scale crew figures if you like an inhabited vessel, rather than a Marie Celeste. They are small, standing about 5mm (0.2in) tall, but neatly moulded.

Musashi
Musashi was the second Yamato-class battleship, and shared the laurels as pride of the Japanese Navy, though she was sunk during the battle of Leyte Gulf on October 24, 1944. Hit by no less than 17 bombs and 19 torpedoes, the mighty vessel was eventually overwhelmed, rolling over to turn turtle before she went down.

Gun fitments
Like the Tamiya Yamato, the Musashi has a new-tool main mast, other improvements including a better fitting method for the main guns. At 752mm (29.6in) long, the assembled size is the same as Yamato. 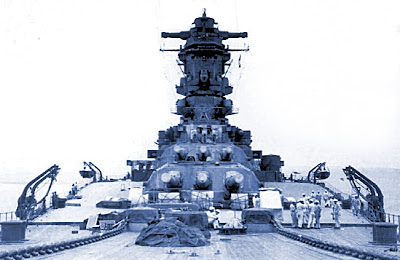 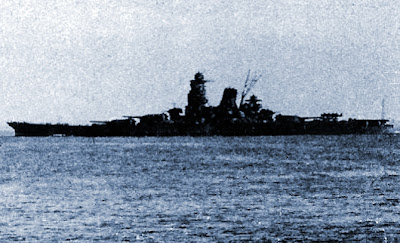 Musashi and support ship (below) under attack from US carrier strike planes at the Battle of Leyte Gulf, 1944. 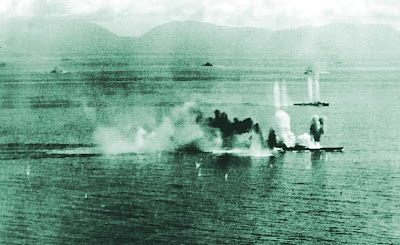