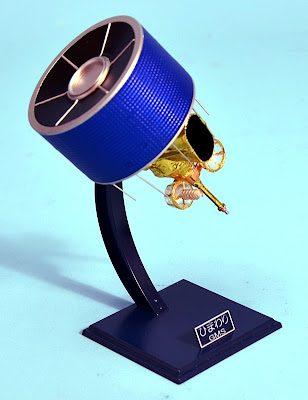 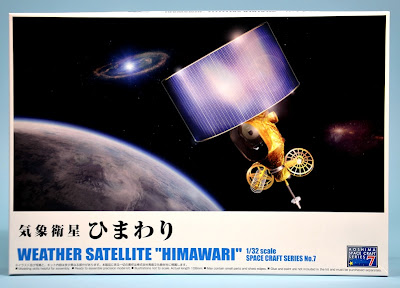 The 1:32 scale kit is fairly simple, with just 33 components, moulded in white and clear plastic. The spacecraft is supplied in two main sections, a solar-cell covered cylindrical ‘bus’, and an instrumented section, with dish antennas at the base. 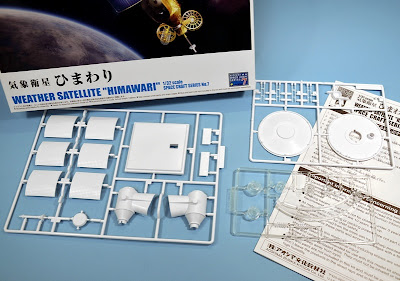 Solar cells
The kit supplies the bus as top and bottom discs, plus six sections of solar cells. These should be finished in the usual iridescent blue-purple, for which the kit instructions indicate a mix of Gunze Sangyo metallic-blue and metallic-red. Personally, I tend to go for the bluer end of this purple mix for such cells, so for this review kit I used a House of Kolor True Blue Pearl spray. It’s intended more for custom cars, but seems to match the look of photovoltaic panels very well. 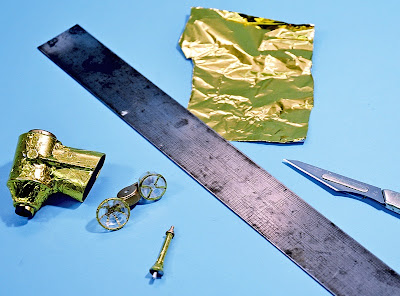 Gold foil
The real-life instrument section is covered mostly with gold-finish foil, used as a thermal blanket and for micrometeorite protection. You can match this by using gold paint, or you could try salvaging some gold foil (above) from confectionery wrappers. Alternatively, suppliers such as the UK Hobbycraft chain, or the US Hobby Lobby usually stock sheets of suitably gold-coloured material. 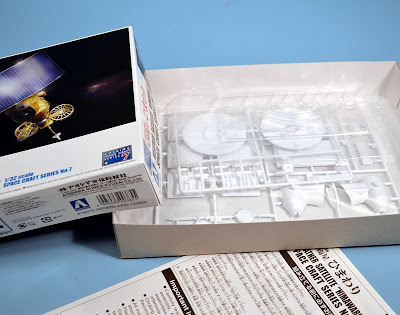 Clear antennas
The two main antennas (see below) are reproduced by Aoshima as clear components. Given that they are delicate structures, this is perhaps a good choice, though their form will need emphasizing with either paint or thin strips of gold foil. 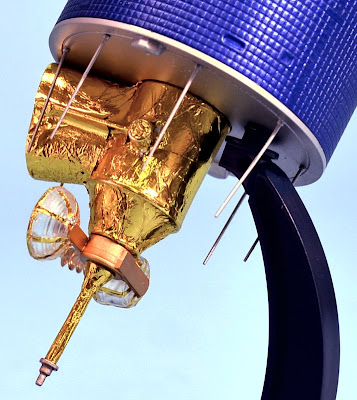 Which version Himawari?
Five Himawaris of this type were launched in all, and the kit can be built as Himawari 4 (above, below) or 5. Earlier ones look similar, but had a smaller diameter bus section. 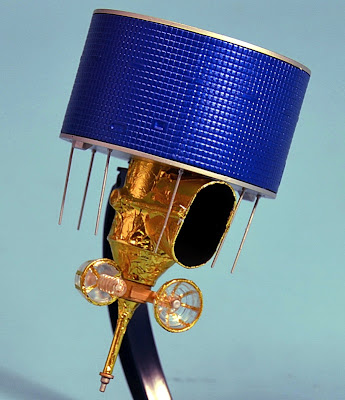 Careful removal
Himawari 4’s design is distinguished by having eight very thin antennas hanging from the bus. For the kit, small location holes need drilling out and the eight plastic parts removed very carefully from the moulding tree (below). An ultra-fine razor is recommended for this task, with the final removal of any left-over tags carried out with a scalpel blade. 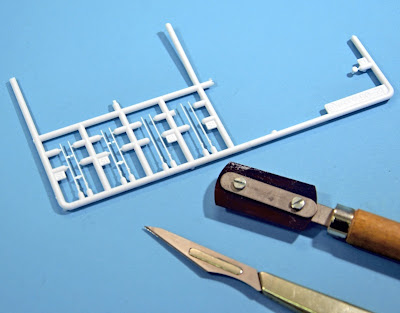 Display stand
The stand is made from four parts, and allows the finished model to be displayed in a variety of angles. Two nameplates, in Japanese and English, are supplied. 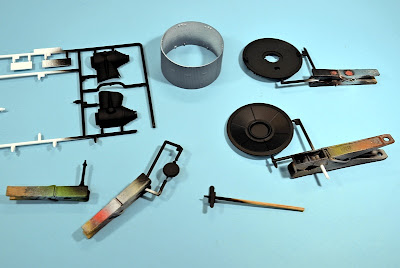 The final result
When assembled, the Aoshima Himawari satellite measures some 150mm (6in) high when mounted on its stand. The spacecraft bus is 65mm (2.5in) in diameter.

Japan’s satellites
Japan’s Geostationary Meteorological Satellite (GMS) Himawari satellites have been replaced by bigger Multi-functional Transport SATellite (MTSAT), though the original name lives on with the current Himawari 6 and 7 MTSATs.

The H-II is a model that Aoshima also makes and is reviewed in Scale Model News here. 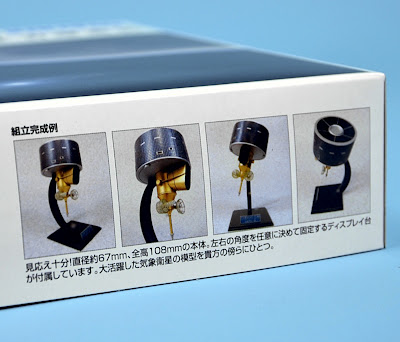 The box side panel is illustrated with a group of useful reference pictures. 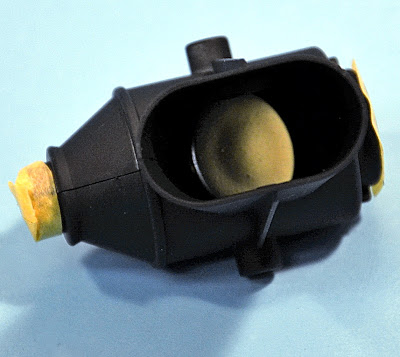 The mirror inside the housing is, well, a mirror finish, here applied with Testors Chrome spray paint. 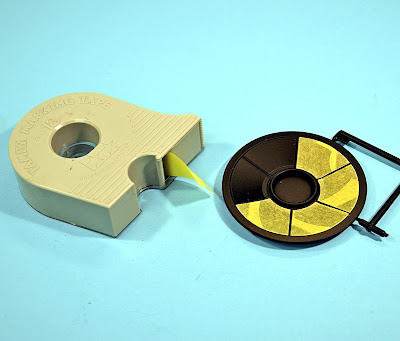 Masking and removing the plate from the upper sections of the bus. Tamiya masking tape is used as it has the best adhesive quality, and if applied correctly, really does mask right up to the edges. 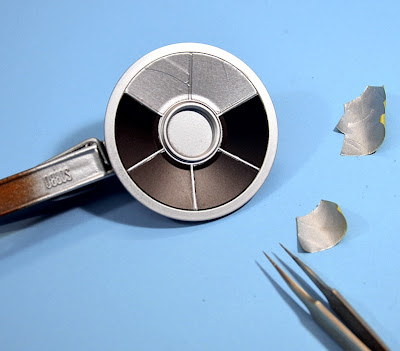