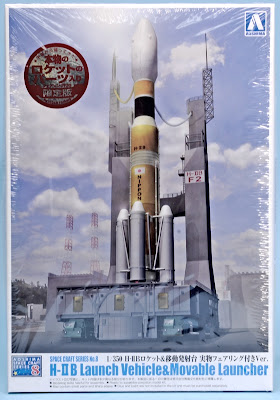 Mat Irvine reports
Aoshima has added to its growing series of spacecraft models, with a modified HIIB space launcher kit, which now includes a movable launcher, similar to the NASA Crawler Transporter that took Saturn rockets and Space Shuttles to their launch pads. 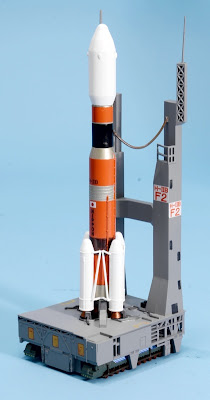 The H-IIB launcher in this kit, number eight in the Aoshima Space Craft Series, is based on kit number four on which I have already reported, so you get the parts to build the rocket itself and its HTV payload, with the options to display the model in pre-launch, launch, or orbital configuration. The upper stages can be built in clear plastic, so you can see the payload. 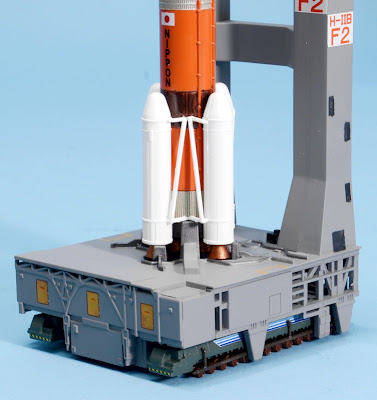 Simple kit
And now this kit adds launch pad and two multi-wheeled trucks that carry the whole assembly. Even so, it's a fairly simple kit - it is made to small 1:350 scale, after all. The launch pad itself consisting of the launch platform, plus two pylons that hold the umbilical fuel lines. When assembled the 93-part  model measures 190mm (7.75in) high. 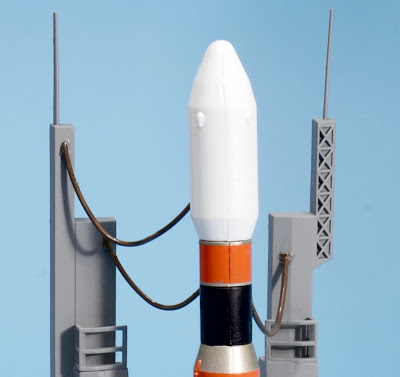 Many wheels
The most amazing statistic about the real thing could be the number of wheels involved. Each unit has four sets of 14, making 56, and there are two transporters - so 112 in all! In the model, new parts for the launch platform add some 40 more to the kit that originally had just over 50. 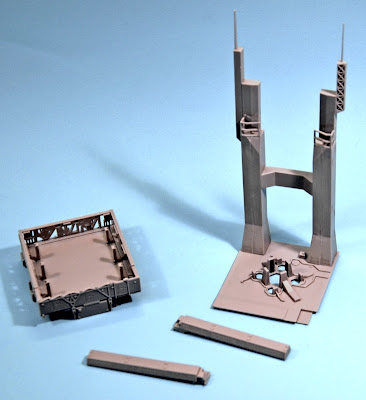 Pieces of space
Perhaps the most intriguing aspect to this kit is not the model itself, but what else you get. The Japanese Space Agency JAXA has provided Aoshima with small pieces of the actual fairing that flew on an H-IIB on January 22, 2011, supplied encapsulated in a plastic case (below). And you get a certificate of authenticity as well, plus a caution not to disassemble the case. This has to be unique in any space kit - you get a part of the real thing included! 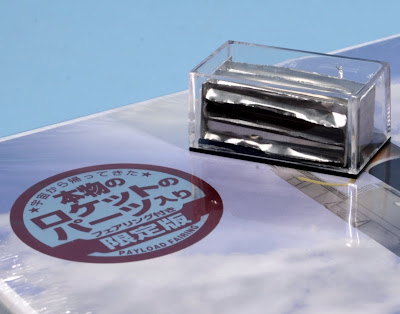 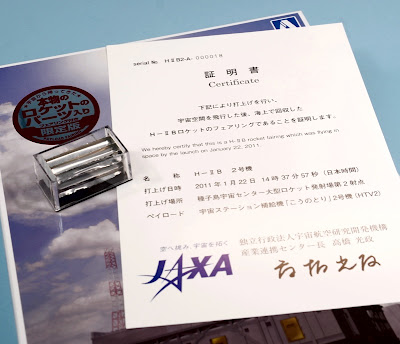 A question of scale
It’s a neat little model when completed, ideal for the modeller with limited display space. However, there is the irritation that no ‘established’ scale has been, well, ‘established’, for these smaller space models. As revealed in the comments that the initial review attracted, the standard space launcher scale is 1:144, but if you go down from this, there is little standardisation. 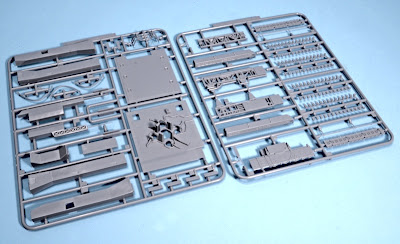 Different standards
1:288 scale was attempted by Union, Heller and Academy, (and Revell, using the Union tooling), though Hasegawa and Lindberg opted for 1:200. Dragon has now started a range (admittedly ready-built) using 1:400, and here we have Aoshima with 1:350. This doesn’t match anything else, and doesn’t even match its other launcher vehicle kit, Lambda, which is to 1:150 scale, but displayed on its own maybe this doesn’t matter too much.

Summation
Apart from the non-standard scale, a neat kit of a Japanese space launcher. Good detailing and an unusual subject - what’s not to enjoy?