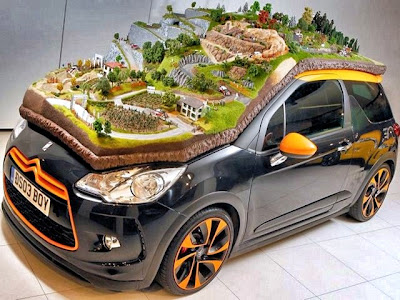 Citroen is a master of the World Rally Championship (WRC) and the latest rally car to be raced by the French company is the uber-chic DS3 model. To celebrate its many wins, Citroen has covered a road-going DS3 with a 1:43 scale model rally diorama. 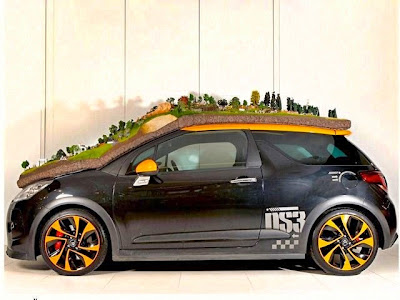 The 1:43-scale model covers the entire upper surface of a Citroen DS3, and the curving track that swoops down the windscreen depicts various rally stages in which ace driver Sebastien Loeb has scored victories, with scale model Citroens depicted hurtling along sections covered with tarmac, sand, dirt, gravel, snow and ice. 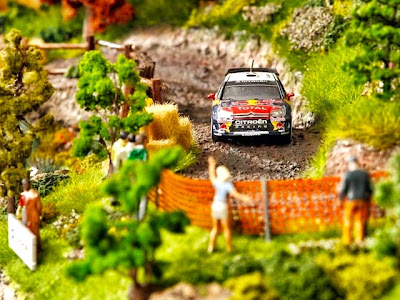 Model creator
The rally project was created during two months of hard work by Kieron Barter of Funky Lemon, a design company based in Ipswich, UK. The finished product was displayed to general approval at the convention of the UK Society of Motor Manufacturers and Traders (SMMT). 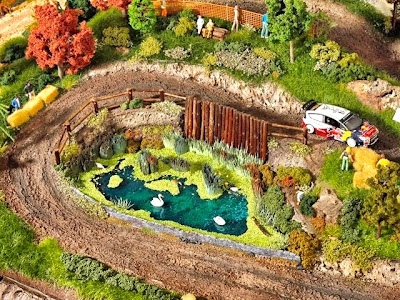 Showing off
The diorama - complete with its black-and-gold Citroen DS3 display base - will be shown at various venues to celebrate the WRC wins gained by Sebastien Loeb and his co-driver, Daniel Elena. 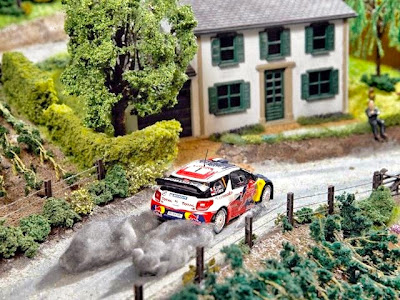 Design story
The latest Citroen DS3 WRC is built by Citroen Racing, and is based on the three-door DS3 hatchback, which has replaced the previous Citroen rally-winner, the highly successful C4 WRC. The DS3 is powered by a turbocharged 1.6-litre engine, developed specifically for the purpose. 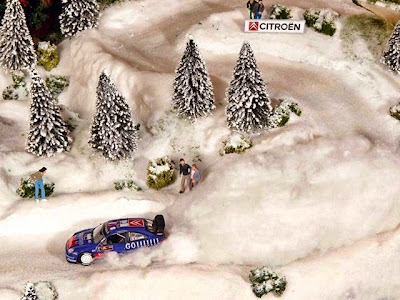 Thanks to Car Buzz for the headsup on the DS3. 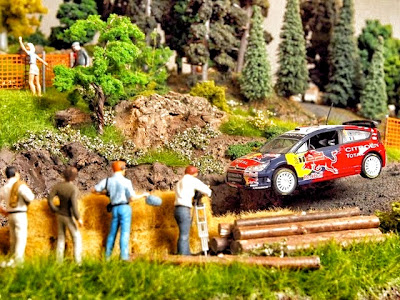 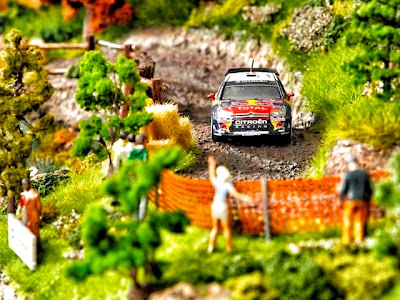 The real thing (below) in main sponsor Red Bull colours. 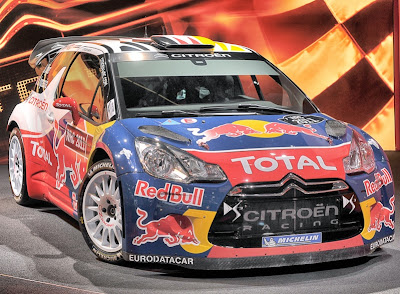 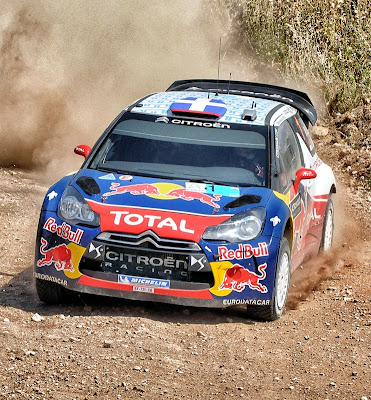 Sebastien Loeb drove a DS3 at the 2012 Acropolis Rally (above) and the Monte Carlo Rally below). 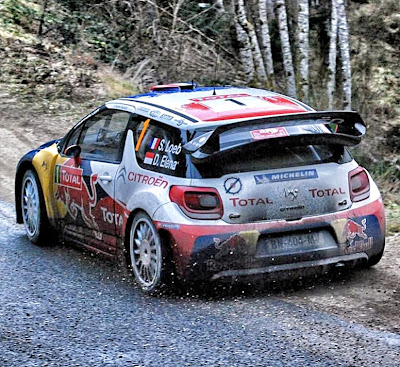