DOUBLE-KIT CONCEPT: TWO MODELS IN THE BOX FROM HASEGAWA 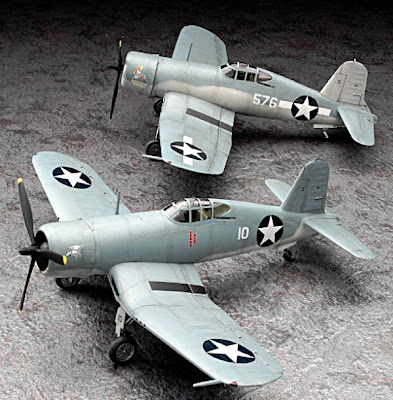 
We’re fans of the double-kit concept, especially in smaller scales. It makes sense too, as building the first model gets all the how-to hiccups out of the way, making construction of the follow-on number two easier and quicker.

Taster planes
There are plenty of double-kits in the current Hasegawa line-up, so here’s a taster selection, starting with a World War II favourite in traditional 1:72 scale. 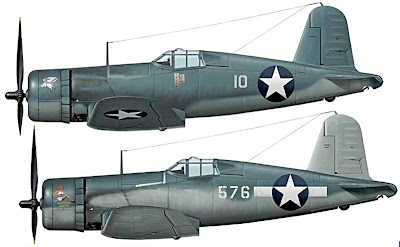 1:72 scale F4U-1 Corsair
Flagged by Hasegawa as a ‘Limited Edition’ (future editions will have different decal sets) the F-4U includes US Marine Corps markings for aircraft from three squadrons, VMF-111, 212, and 214. Each model has 34 components.

Interesting point: toward the end of the war, the Corsair’s kill ratio was in the region of 11:1, something of a turkey shoot against the enemy. 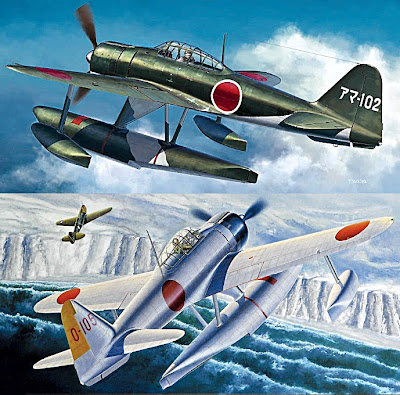 1:72 scale Nakajima A6M2-N Type 2 Seaplane
Another Limited Edition, the A6M2-N was developed from the famed Zero fighter, and was used to defend remote Japanese bases in the Aleutian and Solomon Islands.

Three sets of Imperial Japanese Navy (IJN) decals are included in this double-kit, representing aircraft flown in the Aleutians in 1942, and a later machine flown in 1945. Each model has 45 components. The pic (below) shows a battered A6M2-N, raised from the sea bed in June, 1943, off the Solomon Islands. 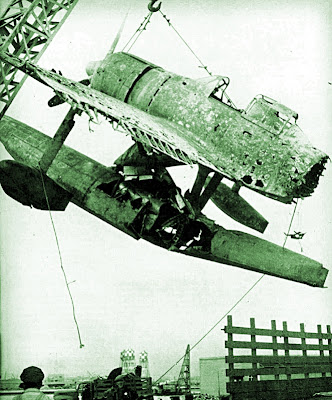 1:72 scale F-20 Tigershark
Into the jet age with the Northrop F-20 Tigershark, this kit is ‘back by popular demand’ according to Hasegawa. The F-20 was developed in the 1960s as an affordable and efficient light fighter, but ran up against political opposition that supported the rival F-16. Result - the Tigershark became dead meat, that remains an interesting ‘what-if’ aircraft.

Decal options (below) for the 51-component kits are for the two prototypes. 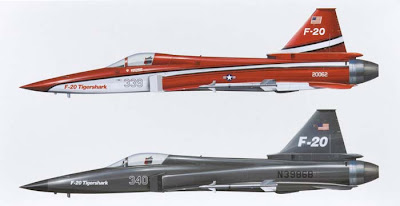 1:200 scale Showa/Nakajima L2D Type 0 transport and Douglas C-47 Skytrain
Dropping down the size band, here is a brace of kits in Hasegawa's wide-ranging 1:200 scale range. The L2D is interesting, as it was a US type produced under license in Japan throughout World War II, and indeed was the single most important Japanese transport.

The L2D looked very similar to the DC-3, but had plenty of mods. The Kinsei 51/53 engines had enlarged nacelles and prop spinners, while the cockpit was larger, to allow all four crew on the flight deck. Three extra windows could be added behind the cockpit (see pic below) while various metal shortages during the course of the war meant that some parts were replaced with wood, including fin and rudder, stabilizer and elevators, ailerons, even entrance doors. None of these mods were incorporated at all times however, so there are plenty of model making options to play with.

At this small scale, the 22-part kits look very similar, though Hasegawa has included a 23rd component for the L2D, a resin part representing the dorsal antenna cover.

Decals are supplied for two L2Ds; the C-47 is a USAAF machine, with a neatly-printed decal representing ‘Classy Chassis’ nose-art draped (bottom) on the forward fuselage - and very nice she is, too. 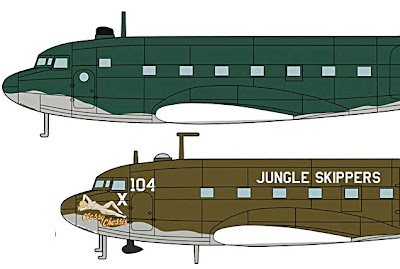