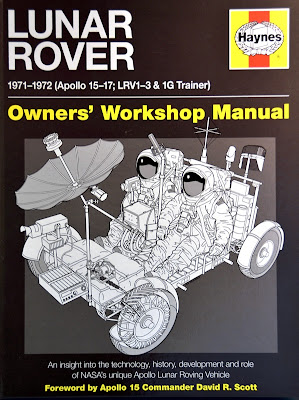 MAT IRVINE REPORTS:
This is the latest in the hugely popular Haynes car repair manual series, featuring the two-seater Lunar Roving Vehicle (LRV) that was driven on the Moon by astronauts of Apollo missions 15-17. It should come in useful as a valuable reference source for real-space model fans.


The book style is not quite the same as Haynes car owner’s manuals, as it doesn’t explain how to dismantle and repair an LRV. Instead, it tells the story of the vehicle, the trials and tribulations involved in its design, and the difficulties involved in creating a lightweight electric machine capable of working in an airless environment, and that had to fold up for transportation to the Moon’s surface on the side of a two-man Lunar Module (LM). 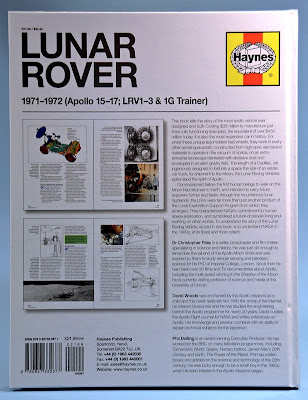 Large-scale models
As for models of the Lunar Rover, this is a very mixed bag. There has never been a definitive large-scale LRV model in conventional injection styrene, though in 1971, AMT announced a planned 1:25 scale kit via a promotion sheet (below), which even included a catalogue number. 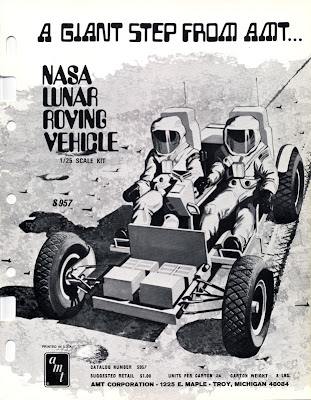 But it was not to be - the AMT kit never appeared, being doomed to be a no-show item. However, Lunar Models made a 1:25 scale multi-material kit (below) primarily in resin, though it is now long out of production. 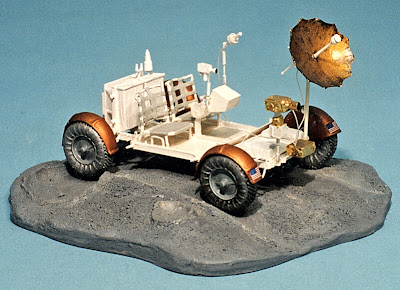 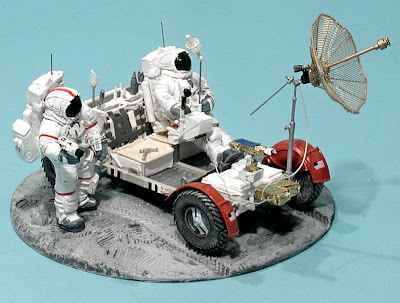 Multi-material kits
A similar multi-material kit was released in smaller 1:32 scale from EVA Models (above, below) which was a better kit, though did require some work, and I featured it in my Scale Spacecraft Modelling book. Unfortunately, EVA Models’ founder, Chris Chulamanis, died a few years ago, and the company ceased production. 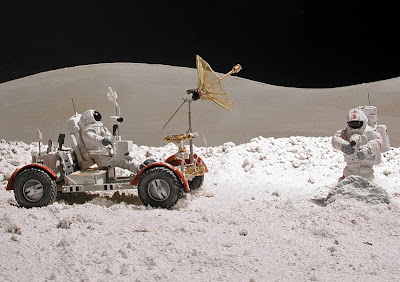 Smaller and smaller
There are smaller LRVs out there though. The Airfix 1:76 scale Astronaut set includes two of them, though they are moulded in flexible plastic, rather than precision styrene. There is a better LRV included in the 1:72 scale Dragon Apollo 17 kit, but this is of course only a little larger than the Airfix offerings.

Inside the book
The Lunar Rover Workshop Manual is packed with background information, not least that the idea of a Moon car was not new, even when it was being designed. Designs in earlier years were mostly a lot larger, and pressurised, so crews could drive along in a classic ‘shirt-sleeve’ environment, without needing spacesuits. 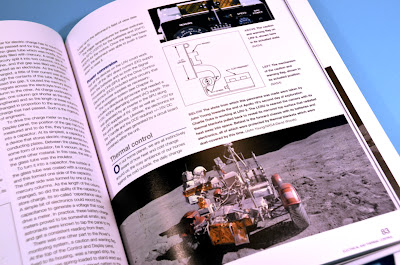 BIS design
In fact, the Apollo Lunar Module (LM) was a lot smaller than, for example, the British Interplanetary Society (BIS) design for a lunar lander (below left) of almost three decades earlier, the real-life Apollo LM having only an odd, prism-shaped space available to carry the LRV. But the engineers persevered... and the rest, as they say, is history. 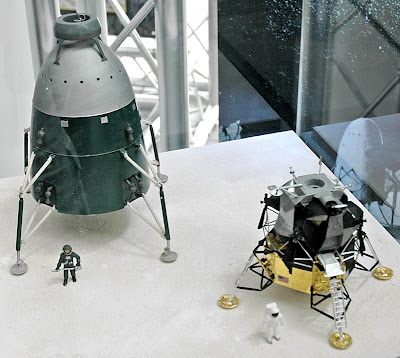 Wire mesh wheels
Possibly the most difficult area of design was with the ingenious wire mesh tyres that were developed for the airless lunar environment. Intended to work in the Moon’s light, one-sixth Earth gravity, they would collapse if tested here on Earth, but in the end they performed magnificently, and there is an intriguing epilogue in the book. This explains the fact that in 2003, engineers tried to recreate the LRV’s mesh tyres, and realised what a task their colleagues from an earlier era had, without the benefit of modern techniques, materials and computers. 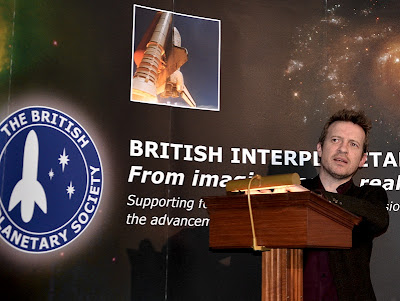 Lunar Rover Owners’ Workshop Manual was compiled and written by Christopher Riley (above), David Woods and Philip Dolling, with an introduction by David R. Scott, Commander of the Apollo 15 Moon mission.

Note: Chris and Phil are both colleagues of mine from earlier days working on BBC TV shows such as Tomorrow’s World. They also wrote the earlier Haynes book, the Apollo 11 Manual.